Bradley Skeete has set his sights on one of the modern day icons of boxing.

Bradley Skeete insists he is not “mad” after setting his sights on challenging ring legend Manny Pacquiao.

The British Welterweight champion will win a Lonsdale belt outright if he overcomes Dale Evans at London’s Copper Box Arena on July 8.

If the Londoner makes a successful third defence against mandatory challenger, Evans he plans to relinquish his domestic crown and chasing even bigger prizes.

Skeete, 29, who has been a professional boxer for almost seven year believes he is ready for a world title assault despite formidable world champions Errol Spence, Keith Thurman and WBO king Pacquiao in the talent stacked 147lb division.

Skeete said: “I’m not being big-headed, but once I get the British title out of the way, I want big fights.

“I’ve done things the right way, had the right fights and not rushed. Once I win the British title outright I’ll be ready to go. 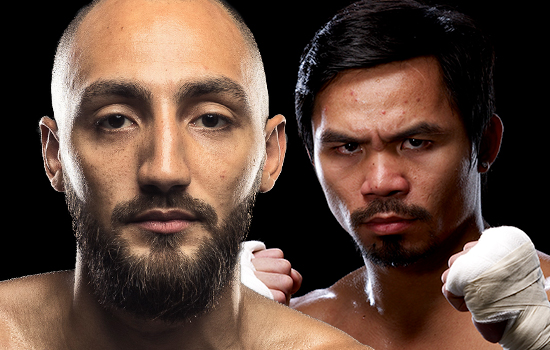 “Perhaps the British title has held me back, but it has put me in good stead for the future.”

Skeete is ranked fourth in the WBO rankings and if the chance of a crack at the Filipino eight-weight world champion later was offered he would jump at the chance.

“People think I’m mad, but the biggest fight out there for me is Manny Pacquiao,” added Skeete who successfully defended his British crown earlier this month when he stopped another mandatory challenger Shayne Singleton in five exciting rounds.

“Manny is the oldest of the welterweight champions, coming to the end of his career, he’s tiny and his last few performances haven’t been outstanding.

“I have got some stick for saying that, but they are true facts. He is fighting Jeff Horn and I would beat Jeff.

“If Manny brings his world tour to England then I would love to be the opponent.”