A brave and valiant effort by Britain’s George Jupp saw him stopped by Miguel Berchelt in Mexico on Saturday night in their Vacant Interim WBO Word Super-Featherweight title fight at the Polyforum Zamna. 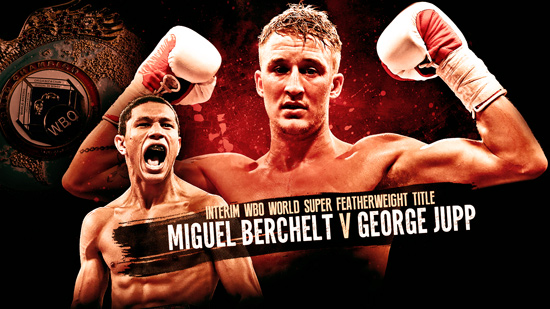 The gutsy Jupp was floored three times in the fight, but kept getting back up, he was dropped to the canvas in rounds four, five and then a final time in round six. Berchelt’s punishing power and skill proved too much for the Belvedere fighter and the official stoppage came at 1:55.

After upsetting Mitchell Smith to claim the WBO Inter-Continental title back in December Jupp stepped-up to the plate to take on Berchelt at just only eight days’ notice. It was a brave move from the 25 year-old who travelled into a hostile environment to take on the highly-rated Berchelt who holds an impressive record of 26 knockouts from 29 career wins with only one loss to his name.

Jupp will be back into action in the UK soon and looks to get back into championship contention.