Britain’s best-ever lightweight? No need to look beyond our Ken

In the afterglow of last night’s Terry–Derry world title dust-up in Liverpool, comes a debate all fight buffs will savour: Who are Britain’s greatest-ever post-war lightweights?

In BoxNation’s Boxing Matters tomorrow evening my old spar-mate Colin Hart and I glove up again to try and sort out the top ten 135 pounders.

As it happens, we concur wholeheartedly on our number one. It has to be Ken Buchanan, the peerless box-fighter from Edinburgh who was the first Brit in 53 years to win a world title overseas when he brilliantly dethroned the Panamanian Ismael Laguna in San Juan, Puerto Rico, in 1970.

Not even the Scottish papers sent anyone to cover it as no-one believed he had a chance.

So,no no doubt about top spot; but as for the rest it seems a case of mix and match.perm anyone from the remaining nine.

Harty and I differ over several contenders. He says Jim Watt is number two whereas I plump for Dave Charnley,my favourite among the hundreds of British fighters I have covered in well over half a century.

The Dartford Destroyer, a gritty, resolute southpaw, was never a world title though he should have been. He was blatantly robbed by a British referee, the late Tommy Little, when fighting Joe ‘Old Bones’ Brown at Earls Court in 1961.

Little extended British hospitality too far when awarding the fight to the champion by the narrowest of margins (a quarter of a point in those days) when it was apparent to virtually everuone else that Charnlety had clearly won.

Terry Flanagan, Ricky Burns, Maurice Cullen. Anthony Crolla and old-timers Billy Thompson and Joe Lucy figure on both our lists but we differ over my inclusion of Amir Khan.

Admittedly his best has been at light-welter but he was Britain’s only lightweight Olympic silver medallist – at 17 – and I am convinced he would have beaten the likes of Burns, Crolla and Cullen at the poundage where he fought 18 times before running into Breidis Prescott.

Tune in tomorrow at 7pm and see if you agree.

At last -a British boxing movie

After the production line of Hollywood boxing blockbusters from The Harder They Fall through to Creed via Raging Bull, Rockys 1-V, Cinderella Man, Champ, Million Dollar Baby, Southpaw and countless others, a British fight film is finally in the making. 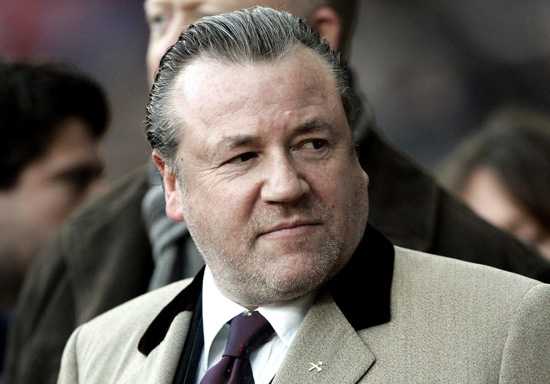 British actor Ray Winstone, himself a useful boxer as a youngster, is leading a stellar cast of UK film stars now shooting a movie in, of all places, Stoke-on-Trent.

The film has taken over part of Stoke’s former Spode factory for the next month and filming has already been carried out at Hanley’s old bus station.

Provisionally titled, ‘Jawbone’ it tells the story of a young boxing champion who has reached rock bottom.

The stars also include Ian McShane, Michael Smiley and Johnny Harris – with the soundtrack scored by Paul Weller. Barry McGuigan has been drafted in to advise on fight scenes.

Part of the historic Spode factory has been turned into a boxing gym – with ‘hard man’ Winstone playing the owner who supports Jimmy McCabe as the former youth boxing champion trying to rebuild his life.

Harris, who like Winstone was a successful youth boxer, plays a troubled ex-fighter who returns to his former boxing club and the only family he has left: gym owner (Winstone) and cornerman (Michael Smiley). Years after anyone thought he was a contender, he starts training to regain his place in the world.

East Ender Winstone, 59, joined the famous Repton ABC as a 12-year-old, winning 80 out of 88 bouts. At welterweight, he was London schoolboy champion three times, boxing twice for England. The experience gave him a perspective on his later career: “If you can get in a ring with 2,000 people watching and be smacked around by another guy, then walking onstage isn’t hard,” he says.

Boris Johnson, the London mayor, (though not for much longer) once told me me he knows nothing about boxing but ‘loves watching them biff each other.”

He also confesses a lifelong admiration for Muhammad Ali and has joined the growing band of celebs in and outside the game who would like to see Ali awarded an honorary knighthood. 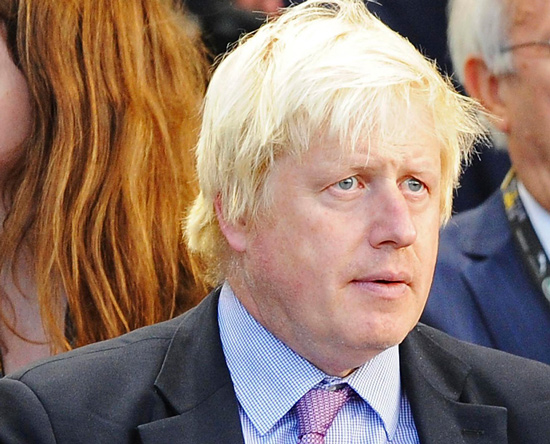 Says Bojo: “As a child, bashing the top of an old ropey black and white telly, I would sit mesmerised by grainy images of a hero who seemed to float above his opponents: the grace, guile, speed of hand. From race relations to religious freedom, he fought tireless and principled struggles all his life. I can’t think of a more fitting recipient of an honorary knighthood.”

Stay away from this guy.You don’t need it.

What Amir Khan says Virgil Hunter said to him about him fighting Canelo Alvarez before the former world light-welter champ talked his trainer into it.

Just to clear up the WBA title situation, I’m the super champ, Brown is the regular champ, & Ortiz is the intrim champ, kind of crazy lol.

Put up or shut up. Don’t give it all that Charlie Big Bananas. Don’t tell me about negotiations – I don’t play that. He thinks he can sit there and call the shots but he’s wrong. Get the fight on and stop mucking around. I’m not at his beck and call. 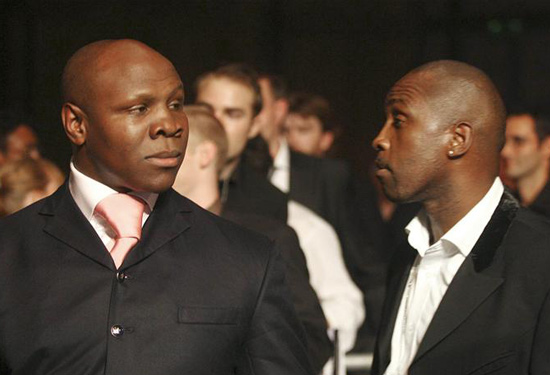 Nigel Benn discovers that trying to do business with Chuis Eubank snr over a possible third fight – he is 52, Eubank 49 – calls for s shoal of Anadin.

He’ll never win a world title unless he fights for a vacant belt because he’s not good enough.

Billy Joe Saunders pulls no punches with his view of Eubank’s offspring,Chris jnr.