Darryll Williams insists he is ready to conquer the World after teaming up British boxing legend Ricky Hatton.

The South Londoner has moved his base to Manchester and is now being trained by the former two-weight World Champion at his Hyde gym.

Unbeaten Williams will have Hatton in his corner for the first time when he faces Leicester’s Jahmaine Smyle in an eagerly awaited rematch at London’s Copper Box Arena on July 8, live on BT Sport and BoxNation.

“Ricky can take me all the way,” said Williams who joined Hatton this week.

“I don’t think there is anyone else in this country that will be able to do what he can with me because of my style.

“I never took up boxing until I was 18 and Ricky’s fight against Floyd Mayweather Jr was the first boxing match I ever watched from start to finish.

“It was watching Ricky in that fight that made me want to become a professional boxer one day.

“I didn’t know much about him, but it was his fighting style that I loved. I was gutted when he lost that fight.”

Hatton was ringside when Williams snatched Smyle’s English Super-Middleweight title in a Fight of the Year contender in April. 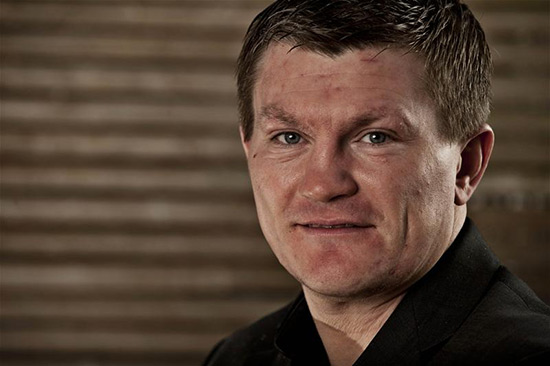 Williams, 27, who was previously trained by Eddie Lam, added:  “Ricky took a bit of a liking to me and my fighting style.

“My manager, Mickey Helliet is a good friend of his and everything just fell into place from there.

“Considering the way I fight, I think Ricky will be the best person in this country to lay his hands on me.

“He will bring out all the aggression I have and make sure I use it in the best possible way.”

Hatton will be assisted by Blain Younis and Mike Jackson, and Williams says: “We have all gelled so quickly.

“I have only been here a few days, but I am surprised how much I have learnt from Ricky.”