British sport loses its glitter but boxing leads the fight-back 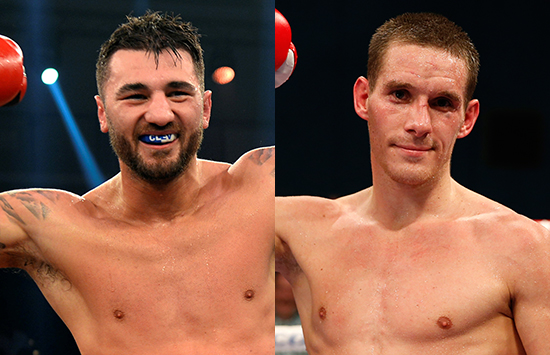 It has not taken long for British sport to fall from grace after the golden glories of Rio.

On a matter of a few weeks the world’s admiration has plunged into opprobrium, cynicism and disbelief.

The assorted scandals have incorporated Big Sam Allardyce’s greedy sting which resulted in his dismissal of England football manager after just 28 days and only one game; a world heavyweight champion who admits he has a screw loose, has failed drugs tests, and is now about to lose his titles and and his livelihood, and the revelations that an uncomfortable number of our sports stars are suffering from allergies and other medical conditions which conveniently and controversially require the application of treatments banned to others.

Thus we have witnessed a return to that situation military authorities coined some years ago.

For Big Sam, read Big Scam. The English Football Association, whose incompetence and lack of judgement seems endemic. have landed themselves in farce fit for Fifa with revelations of bungs, backhanders and dodgy deals which we always knew existed but have now surely scarred for life what has become the Ugly Game.

The highlighting of a new sporting acronym TUEs –Therapeutic Use Exemptions –by British athletes, leaked by Russian hackers. has raised the eyebrows of a world that had been left open-mouthed in awe by Britain’s Olympic achievements in Rio.

There is no doubt those Russian hackers were initially hacked off by the exposure, largely in the British media of Russia’s own abhorrent drugs abuse.

They re expected to question Wiggins and team chief Sir Dave Brailsford and hiss medical team as part of a wide-ranging probe into ‘an ‘allegation of wrongdoing.’ Which, of course, is vehemently denied.

But suspicion now clouds the Sky.

National icon Wiggins has been under fire since it was revealed that the first Briton to win the Le Tour has applied for a TUE to use a powerful steriod before his last three road races.

Britain’s erstwhile drugs czarina Michele Verroken has said that she believes there has been an abuse of the TUEs system and is astonished by the number of athletes who have prescriptions for asthma.

“There is a suspicion that even a treatment for something as simple as asthma is being abused,” she says. “I have been absolutely frustrated to be in the presence of coaches who recommended their team go to GPs saying they get out of breath when training.

“And who doesn’t get out of breath as an athlete?

“They will say really labour the fact you have difficulty breathing so they get prescribed an asthma inhaler when they genuinely don’t have asthma.”

It certainly does seem that Britain’s holier-than-thou attitude towards drugs abuse, is getting up the noses of the Russians, and others, with some justification.

No-one is suggesting such rule-bending is the case with any of the above-mentioned athletes.

Could it be that the use of drugs in sport is deemed akin to the double standards in the world of high finance where tax ‘evasion’ is illegal but tax ‘avoidance’ isn’t .Think about it.

Whatever the rights or wrong of TUEs it does seem some awkward questions need to be asked – and answered.

And so to boxing, still riding high in Britain which up to a few weeks ago had 14 recognised world champions. Two, Liam Smith and Anthony Crolla, have since lost but but Nathan Cleverly’s reclamation of the light-heavyweight crown last weekend brings the total up to 13 – more than any other nation.

And I forercast that after the exhilarating punch-pefect performance by Liam Walsh in his final eliminator against the highly rated Ricky Hattton-trained Russian Andrey Klimov we soon will have another world champion.

Walsh claimed a runaway decision over Klimov in Harrow on Saturday to earn himself a well-deserved shot at the IBF super-featherweight champion, Puerto Rican’s Jose Pedroza. And I firmly believe he will win it.

However Britain will lose another world champion without a punch being thrown when Tyson Fury relinquishes his WBO and WBA heavyweight titles week before he can be stripped by the relevant bodies. It is paramount that no fighter should ever enter the ring unless he is 100 per cent sound both mentally and physically, and clearly Fury isn’t at the moment.

We wish him well during treatment which hopefully will allow him to be bacvk in the ring next year.

Alas, Fury’s errant behaviour has cost himself, his team and his management and promoters hundreds of thousands.

On top of this boxing suffered a rare fatality with the death of Scottish fighter Mike Towell in Glasgow.

Yet the usual abolitionist brigade haven’t been in the usual full cry. It was only the second fatality in the UK in over 20 years, and in this modern age of hybrid combat sports, boxing is recognised almost certainly the safest.

Also, in these days of high intensity competition is limb-or-life threatening danger in virtually any sport.

We had the death of an Iranian cyclist in a road race during the recent Paralympic Games and this year’s Isle of Man TT Festival, an event so frequently a carnage of wheels, saw a total of five motor cycllsts killed.

Yet it barely merited a passing pragraph.

Perhaps, like sleaze and scandal, we are becoming inured to tragedy in sport.