Londoner Frank Buglioni gets a dream shot at the WBA World Super-Middleweight title when he challenges world champion Fedor Chudinov for the title on Friday 24th July at the SSE Arena, Wembley. 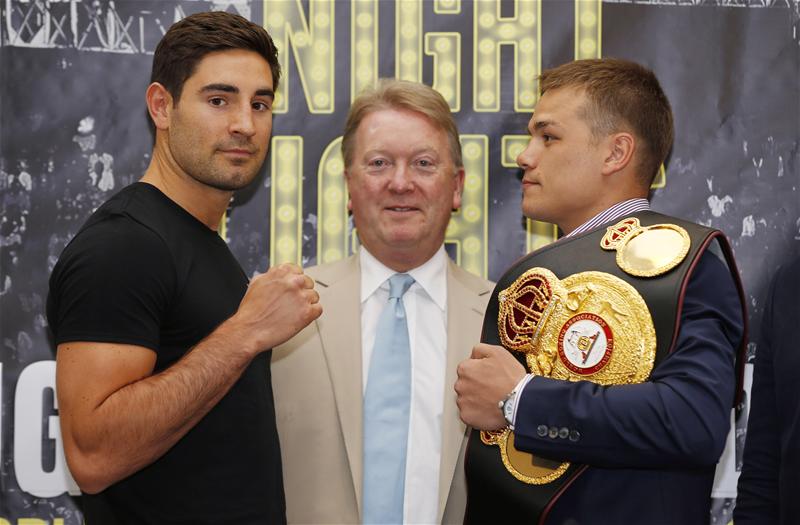 Hard-hitting Enfield ace Buglioni has knocked out 12 of his 18 opponents and will look to use his firepower to take him to his dream of lifting the WBA crown.  He was involved in a thrilling fight against Lee Markham last month at the SSE Arena with the judges unable to separate them and scoring it a draw.  The pair were scheduled to meet again until this life-changing opportunity came along for Buglioni.

“It’s a dream come true for me to fight for the world title and I can’t wait for the opportunity.  Being from an Italian background you could say it’s like a Rocky movie, but this is a golden opportunity for me to cause a huge upset and add my name to the list of burgeoning British world champions.  It’s a massive ask, I’m in with a class fighter in Chudinov who went to Sturm’s backyard and well beat him.  I know what I’ve got to do and I now I’ve got go away and train to beat him.” Said Buglioni.

Chudinov, from Serpukhov, Moscow, pulled off a huge upset when he dethroned German legend Felix Sturm in his backyard last month with a split decision victory to take the title.  Chudinov has a perfect record of 13-0 with ten stoppages and eight of those coming inside three rounds.  The Russian Hitman has fought in his homeland, America, Dominican Republic and Germany and making his first defence in England holds no worries for him.

Cudinov’s brother recently Dmitry came to London in February to defend his title against Interim WBA World Middleweight Champion Chris Eubank Jnr and was beaten by the Brighton man.  Now Fedor is looking to exact some revenge in London for his brother and leave with his world title.

“I have no problem coming to London and defending my title against Buglioni.  He’s a good challenger, tough and strong with plenty of heart.  But I must break his heart in his home city.  My brother lost here but I will go home the winner with my belt.  I’m the world champion and will fight anywhere in the world because that is what I do.” 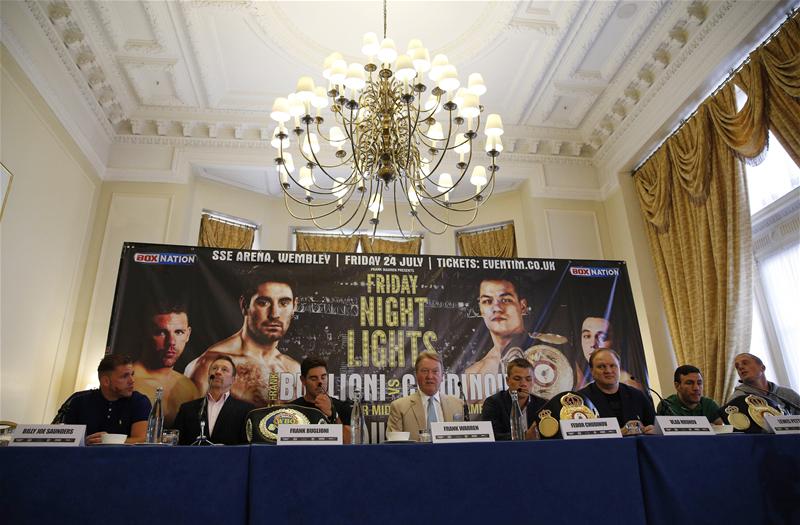 Chief-support on the card features the long-awaited return of world-champion-in-waiting Billy Joe Saunders as he has one final fight before his mandatory WBO World title fight against Andy Lee.  The Hatfield star last defeated arch rival Chris Eubank Jnr in November and is straining at the leash to get back in the ring.

Big-punching super-featherweight talent Mitchell Smith, from Harrow Weald, returns to action following his fifth round knockout of Cristian Palma last month when he claimed the Vacant WBO Intercontinental title. Mitchell makes the first defence of the title as he aims to continue on his stellar career progression towards world title honours.

Two-time British and three-time Commonwealth Champion Ovill McKenzie is in the best form of his career as he looks to get his own dream shot at a world title.  The sledge-hammer punching Jamaican, based in Derby, makes the second defence of his Commonwealth Cruiserweight title following his hard-fought victory over Matty Askin in March.

Aiming to break into the WBO world rankings is all-action Erith super-bantamweight Lewis Pettitt when he contests for the Vacant WBO European crown.  Pettitt is developing into a formidable force in the 122lb division and is closing on domestic rivals Carl Frampton, Scott Quigg and Kid Galahad.

Also on the undercard, a thrilling domestic showdown will see unbeaten light-middleweights Gary Corcoran from Wembley and Liverpool’s Joe Selkirk put their records on the line as they look to move forward in their careers.

Popular Chingford prospect Boy Jones Jnr. continues to build his career as he develops into an exciting talent with two wins, one draw, and one stoppage.