Buglioni tells Chudinov: “Bring your best or get knocked out”

Frank Buglioni will get his WBA World Super-Middleweight title shot against champion Fedor Chudinov on Saturday 26th September at the SSE Arena, Wembley. 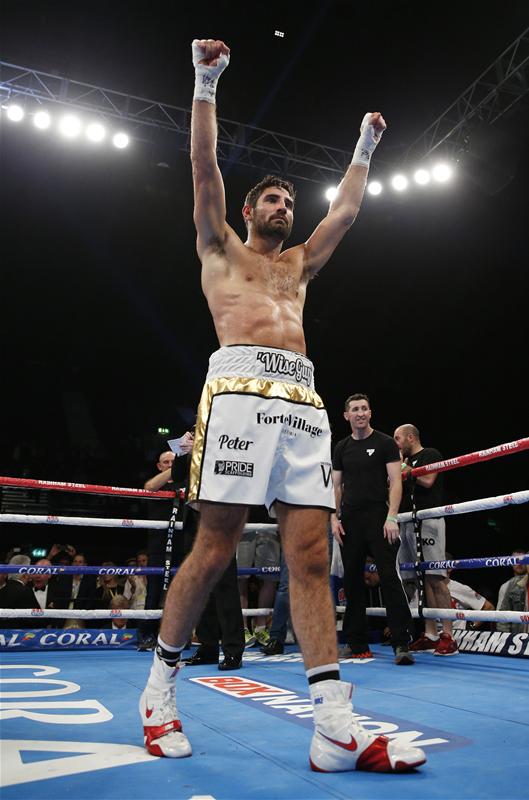 The Enfield puncher destroyed tough Mexican Fernando Castaneda inside five rounds with a punch-perfect performance last Friday night to clear the path for his rescheduled fight against Chudinov.

Buglioni was due to face Chudinov last Friday night at the SSE Arena, but the Russian withdrew two weeks’ prior to the fight with a broken nose sustained in sparring, but Buglioni didn’t put his training to waste and fought Castaneda instead and also claimed the Vacant WBA International title.

Chudinov, from Serpukhov, Moscow, defeated German great Felix Sturm in May when he won the WBA World title on a split decision in Sturm’s backyard.  Undefeated Chudinov has a perfect record of 13 wins with eight stoppages and is looking to avenge his brother Dmitry’s defeat to Chris Eubank Jnr. in February.

26-year-old Buglioni is ready for the biggest moment of his career and is confident he can became the latest addition to Britain’s burgeoning number of world champions.

“I got rid of Castaneda with a good performance after the disappointment of the Chudinov world title fight falling through and I took out all my anger on him on the night to line up Chudinov next.

“I could have easily not fought and saved myself for the rescheduled date with Chudinov, but I didn’t want all my hard training to go to waste and every round counts in experience when you’re going for the world title.

“We had a fantastic camp and fight strategy lined up for Chudinov anyway, so I’ll go through that again and there’s always room for improvement and we have more time now so I’ll be even more prepared.

“I can’t wait to get to Chudinov and the world title belt.  It’s going to be a huge night at the SSE Arena and while I’m not dismissing him, I’m confident in my abilities and know what I’m capable of doing to him.

“He’s a very good fighter but if he doesn’t come at his absolute best then he will get knocked out.”

Promoter Frank Warren added, “I’m delighted that Frank’s world title is confirmed for Saturday 26th September at the SSE Arena and he can now fully focus on the date ahead of him,”

“As Frank’s promoter I was disappointed to see his big opportunity put on hold when Chudinov pulled out injured, but we all worked hard, along with Chudinov’s promoter Vlad Hrunov, to keep the fight on.

“Frank looked in fantastic shape against Castaneda and did a professional and spiteful performance to stop him in five rounds so now he can concentrate on Chudinov.”

The Channel Of Champions, BoxNation, will televise the show live and exclusive on Sky 437/HD 490, Virgin 546 and Talk Talk 415.  Subscribe at BoxNation or watch online at Livesport.tv and via iPhone, iPad or Android.