Bunce speaks volumes for British boxing – now he writes one 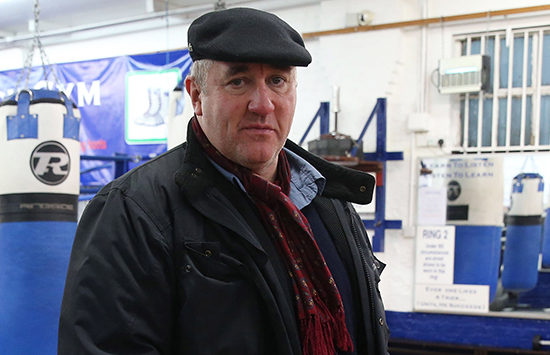 Ubiquitous is a word that could have been invented for Steve Bunce. He’s here, he’s there, he’s every bloomin’ where.

The fight game’s most prolific pundit can be seen, heard or read on BBC Five Live, ESPN.com, The Independent, Boxing Monthly, and, of course BoxNation where he has become synonymous with the burgeoning success of the only channel dedicated to he sport.

Not to mention earlier forays into the Daily Telegraph, Observer, London Evening Standard, and the now defunct Setanta. Plus a fistful of boxing books including the odd novel.

Usually he speaks volumes – at full volume. This time he has written a hefty tome that requires an effort to pick up but an even greater one to put down, so compelling is its content.

Entitled Bunce’s Big Fat Short History of British Boxing, it is an enthralling chronology of clout covering almost half the past half century, from 1970 to 2016, embracing the deeds -and some misdeeds – of the good, the bad and the plug-ugly of pugilism.

Some 165,00 words, give or take a well-turned phrase of two, spread over 455 pages, 15 of which are a glossary of 1,300 fight figures he has met, interviewed or written about along the way.

Goodness knows how long it took him to compose. It has taken me almost a week to read.

Boxing News describes it as ‘Brilliant…essential reading. A must for boxing fans of all ages.’

I wouldn’t say I am Bunce’s best mate, but I concur.

For aficionados it is a treasure trove of memories; for the lay fan an absorbing year-by-year, punch-by-punch historical assembly of fights and incidents surrounding them that are both well remembered and long forgotten.

Buncey is the man with the marmite mic. Some love him, but he is the first to acknowledge that for others he may be an acquired taste.

While he may not be the most elegant wordsmith in the business he writes – as he speaks- with a genuine passion, clarity and forthrightness lacking in some of his pom-pom waving rivals. Plus a huge reservoir of knowledge of the sport and an enviable recall of things said and done.

In his introduction to the book Bunce sets the pace for the marathon read by explaining that not every fighter can be rich, unbeaten and hold a world title.”And not every promoter can put on sell-out shows in massive indoor and outdoor arenas.

“Some of the boxers fail on both sides of the ropes, some walked away without a full explanation and many have simply vanished. I have collected the names of the lost, neglected and overlooked too.”

He has also culled fascinating jottings from his own ringside notepads of champions, contenders and a multitude of the often undervalued journeymen who are the lifeblood of the game.

Bunce says: ”It was important to get as many boxers in as possible. It is not just the boxers and their stories that are in danger of being lost for ever -I have also tried to resurrect some old names, trainers, managers and hangers-on and fight faces.”

A typically frank Bunce-ism is his description of the conclusion of Wladimir Klitschko’s sensational loss of his world heavyweight titles to the unfancied Tyson Fury: ”Klitschko was beaten long before his old friend Michael Buffer announced the result – with so little enthusiasm that I actually wondered at ringside if his microphone had been sabotaged.

“ I thought it was closer than the three judges. And perhaps that is because on my travels I have seen so many fine performances reduced to farce by incompetent decisions. Fury was brilliant. Klitschko was totally beaten.”

The book begins with the popular return in January 1970 of Henry Cooper and ends with the tragic consequences in December 2016 of Nick Blackwell’s fight with Chris Eubank jnr.

Along the way it entertainingly traverses just about everything and everyone of note relevant to British boxing.

As Bunce concludes: ”I make no apologies for this beautiful, brutal and frustrating game.”

Nor should he need to.

Bunce’s Big Fat Short History of British Boxing is published in hardback by Bantam Press at £18.99