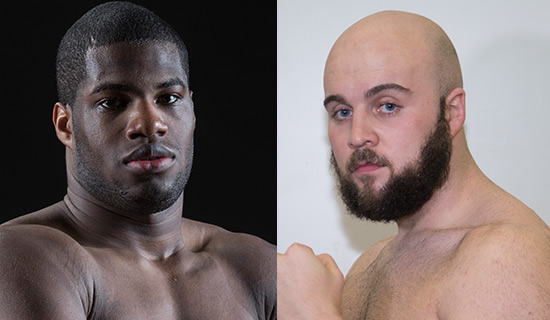 NATHAN GORMAN WILL find himself in a curious position when he takes his seat at ringside on Friday night for the occasion of boxing making its long-awaited return to the magnificent Royal Albert Hall.

Nathan is heading south to watch his fellow young heavy Daniel Dubois attempt to out-do him in how he goes about the job of quashing the threat of Razvan Cojanu, who the Nantwich man outpointed at the Manchester Arena in December.

It is no secret that I want to put Daniel and Nathan in together before the end of the year, so this pair – two of the finest young heavyweights in world boxing – are firmly on a collision course.

There can be no doubt that Daniel will want to indulge in a spot of one-upmanship when he goes in against Cojanu and perhaps tilt the odds in his favour. Nathan put in a workman like performance against the big tough Romanian, who is an awkward customer, and he failed to establish his usual fluent rhythm.

Daniel will feel that he possesses the style and power to walk right through him, so we will see. Strangely enough, Nathan will probably be hoping he does just that because he will suspect it will bring a fight between them a little bit closer.

Nathan has, indeed, been the more vocal about wanting the fight to come about, but that doesn’t equate to Daniel not being so keen. Calling out fights is not really Daniel’s game just yet but, believe me, he will have no issues over accepting the fight and is eager to step it up.

What Daniel – or Nathan, for that matter, who fights in Leicester on March 23 – cannot do is look past their next opponent and Cojanu is an experienced operator who has recently challenged for a world title against Joseph Parker.

It is set to be a tremendous night at the Royal Albert Hall as we roll back the years and restore boxing to one of its spiritual homes.

We want to bring it back on a regular basis so that a new generation of fans and fighters can sample the experience of performing in such an atmospheric venue that was so popular amongst fight fans until a couple of decades ago, although we staged one show there in 2012.

One fighter who I am sure will illuminate the near 150-year-old concert hall is Anthony Yarde, who has got a good fight on his hands against the American Travis Reeves.

Reeves, from Baltimore, has expressed considerable confidence coming into the fight and vows to expose the hype that surrounds Anthony, so our man will need to be on his guard and not show any complacency.

Anthony is on the brink of breaking into the big time and cannot afford any mistakes at this stage. There are huge fights and occasions beckoning for him, with the charismatic East Londoner having worked himself to the top of the charts with the WBO and a mandatory challenge likely to be called in the near future.

Anthony wants to become a long-standing world champion and the day of reckoning is edging ever closer.

Another hugely talented fighter closing in, once again, on world level combat is Liam Williams who, having jumped up to middleweight, was so very impressive in dismantling the dangerous Mark Heffron to win the British title in December.

Liam, who can still campaign at either middle or super welter, makes a first defence of his second British title against Joe Mullender, who brings with him a guarantee of an entertaining fight.

Joe, by his own admission, is not really one for the purists and he will look to lure Liam into a scrap. The Welshman is almost certainly a bit too smart to fall straight into such a trap but, if the fight goes long, he will find it hard to resist and then we will be in for a treat.

If Liam comes through then he will be ready for another assault on reaching the highest level and will prove, once again, that taking a defeat in good fights doesn’t inflict long-term harm on title prospects.

A British title double-header on the night is completed by Johnny Garton making a first defence of his welterweight belt against Chris Jenkins, another tough Welshman.

Johnny is something of a poster boy for the rewards for hard work and endeavour. Even though he is an understated individual at the best of times, you do believe the product of Peckham when he says that he didn’t expect to reach Southern Area title level when he turned professional.

Well, he achieved that, as well as English and British now and I suspect nobody would begrudge him his success. Johnny always gives a good account of himself and I am sure that would be the case even against elite level welterweights. He might not win, but the top boys would know they had been in a fight.

Johnny himself will have his work cut out against Jenkins, who has been cruelly denied some well-deserved recognition in recent fights due to bad cuts. Johnny too has been known to leak a bit of claret so we might have to keep a spare canvas handy for after this one.

Our new signing Denzel Bentley makes his first appearance on our watch and he is one to look out for – an explosive middleweight with seven KOs out of eight so far.

It is going to be quite some night in South Kensington and if the action lives up to the surroundings it will live long in the memory.