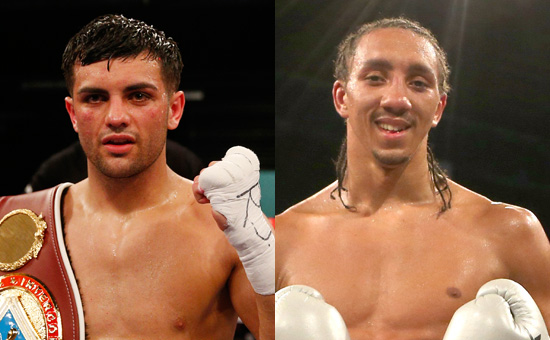 Undefeated Super-Lightweight Jack Catterall is fast approaching the biggest test of his young career, facing British Champion Tyrone Nurse for his belt at the First Direct Arena in Leeds on October 21st, live on BT Sport and BoxNation.

The fighter exudes the confidence of youth, unfazed by his experienced foe. ‘El Gato’ has sparred with the best in the business, joining Floyd Mayweather Jr. and Canelo Alvarez in their training camps and according to reports he held his own.

Speaking at a recent press conference, Catterall explained how his talent will carry him over the line: “More than anything, I believe in my ability and on October 21st I’m coming to take that title.

“I’m coming to knock him out, I’d be a fool not to! I think more so for the fans, everyone wants to see the knockout. If I can’t knock him out I’ll beat him over the 12 rounds.”

Nurse will be heading into his 40th fight, Catterall just his 19th, but the Champion has not been at his best recently, something the 24-year-old southpaw is taking no notice of.

“I’ve watched the last couple of Tyrone’s fights and he hasn’t been impressive. But I’ve watched him over the years and I know he will be training hard and preparing well for this fight,” he added.

Haroon Hedley, Catterall’s trainer, chimed in with his confident prediction: “We all believe that Jack will get to Tyrone Nurse and knock him out!”