CATTERALL: “TYRONE NURSE IS JUST ANOTHER PIECE OF MEAT!” 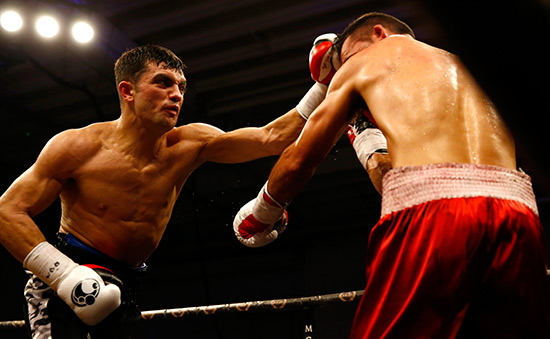 Undefeated Jack Catterall takes on Tyrone Nurse next Saturday for the British Super-Lightweight title, and he’s already displaying extreme confidence in his abilities.

Speaking to British Boxers, Catterall spoke on the benefits of sharing the ring with the two World Champions after sparring Floyd Mayweather Jr. and Canelo Alvarez.

“It gives you that experience, it’s being in that environment and feeling uncomfortable. You feel the pressure when you’re in the gym with World Champions, but you can see the graft that they do put in,” he revealed.

When asked about Nurse the southpaw added: “I would never underestimate [Tyrone Nurse], I know he’s training the best he can. I can’t put these fighters on a pedestal…Tyrone is just another piece of meat and I have to go through him!”

The British Title holds weight for the 24-year-old, and he’s looking forward to a domestic match-up of this magnitude. “I’m happy, I couldn’t con my supporters with sh*t fights. They work hard to see [the fights]. It’s a good fight, Tyrone’s a good fighter. We’re going to put a good fight on for the fans.

“I’m excited [to fight in Leeds], I’m going to bring an army from Chorley down to Leeds, the Leeds fans love a good scrap I can’t wait.”