Chastened Wladimir has learned his lesson and will topple Tyson this time, warns big brother Vitali

It is not just because he has a PhD but Wladimir Klitschko is no mug. He knows he messed up big-time when ceding his multiple heavyweight kingdom to Tyson Fury in one of boxing’s all-time major upsets last November, and is determined there won’t be a repeat of that humiliation when they meet again in their BoxNation-televised reprise at the Manchester Arena on July 9. 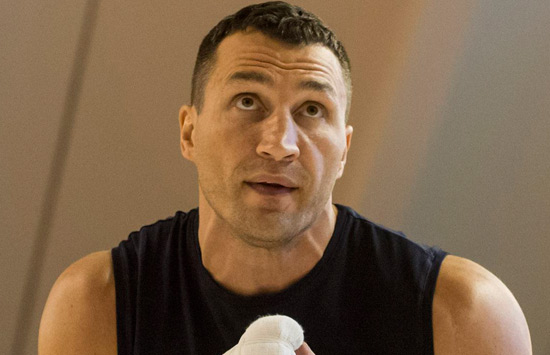 Reports reaching me from the Klitschko’s camp suggest he is preparing for an altogether different fight. He won’t be be as timid or as tentative as he was on that jaw-dropping night in Dusseldorf and plans to go after Fury from the bell.

The Ukrainian was 40 three weeks ago and won’t want another 12 energy-sapping rounds. He’ll be looking to do what many of us expected from him first time round and clobber the Gypsy giant early on.

His brother Vitali, who was long-serving WBC champ and is now mayor of home-town Kiev, says Wladimir knows he was out-thought by trainer Peter Fury’s brilliant game plan and out-fought in ring by the dancing, jabbing, taunting Brit. He is still smarting from that and won’t let it happen again.

Says Vitali:” I spoke to him honestly and I told him – ‘you know brother, you have proved everything to everyone. You have two options: the first – to say that you were the strongest, achieved what no one was able to achieve in the sport, and thank everyone.

“Or the second option –  I’m not going to leave; I will come back and show everyone that it was a pure accident.’

“Wladimir chose the second way. He has a very good chance, and I am confident that he will make good use of this opportunity and win the return in Manchester.”

Quite a few decent judges in the business think the same. Not that this will faze Fury for as we witnessed last week he is as mouthy and bullish as ever, risking a further reprimand from the Board of Control with his intemperate language, which included a stupid reference to ‘bitches’ and calling Wladimir a p***k.

When the fancy takes him Fury can be articulate, amusing, even charming. But when will he get it that the reason he lacks the popularity of Anthony Joshua has nothing to do with ‘racism’ but that far too frequently he behaves irrationally and says stupid things.

It is also why he is rarely invited on to chat shows where the bleep button isn’t always handy.

It is time Uncle Peter, who is a pretty shrewd operator, had a remonstrative word in his nephew’s shell-like before he really does become a pugilistic pariah.

Obviously winning the titles has escalated Fury’s already massive belief in his own ability but he certainly should not start taking Klitschko for granted.

He’ll need to be at least in the same shape as he was in Dusseldorf but he complains of being hampered now by a severe back injury and reckons he is seven stones over his fighting weight after ‘being out drinking and partying.’

Perhaps we can take this with the proverbial pinch of salt but if he is not as nimble his feet and as sharp in his head as he was in Dussledorf, I believe Fury could come a cropper in Manchester.

To Russia with glove

It would not surprise me to see another unbeaten heavyweight champion dethroned next month.

American Deontay Wilder is massive a huge risk by defending his WBC title in Moscow against Alexander Povetkin.

The Russian challenger, like Klitschko and Joshua, posseses an Olympic super-heavyweight gold medal. He has the talent and pedigree to outbox Wilder, especially with home advantage. 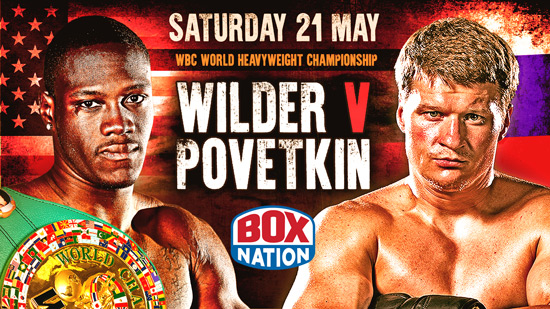 BoxNation have this humdinger, too, as they do Amir Khan’s astonishingly brave bid to bridge two divisions and wrest away Canelo Alvarez’s WBC and Ring Magazine linear middleweight titles.

Khan vows to ‘shock the world ‘in Las Vegas on May 7.

If he does, and Klitschko gains revenge over Fury with Povetkin unseating Wilder, that would be some treble. Any takers? 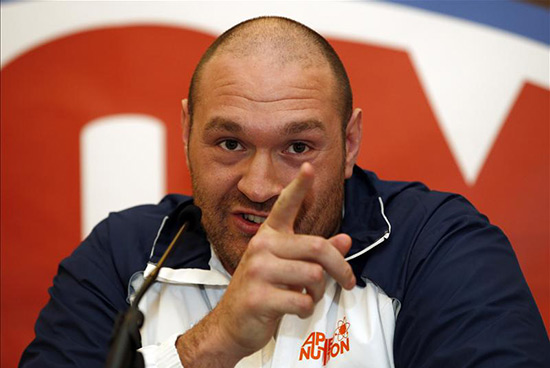 Eddie Hearn so u be happy if your kid turned out like AJ ? Lol if he did u better have a word with the missus!

Tyson Fury is quick to tweet a typical counter-punch.

Just want to say a massive thank you to everyone who has been there for me.It’s been the toughest fight of my life and you made it that bit easier.

Nick Blackwell thanks the multitude of well-wishers who shared his family’s relief after he emerged from his coma.

I’m here to knock people out. That’s what people want to see. People come to see blood and I’ve got no problem drawing blood for people. I enjoy it.

The securing of the UK television rights (for Fury-Klitschko 2) comes as another major coup for BoxNation boss Frank Warren within days of out-bidding Sky for the screening of Amir Khan’s super-fight in Las Vegas against Mexican star Canelo Alvarez on May 7….Sky are now facing intensifying competition from BoxNation.

Tomorrow: Exclusive in the Big Interview – Hughie Fury  on cousin Tyson. ‘He is like Mr Bean – I am Al Pacino! ‘