Chris at the crossroads – but where does he go from here?

Billy Joe Saunders doubts that Chris Eubank Jnr will ever become a world champion, unless he fights for a vacant belt. Nick Blackwell, who defends his British middleweight title against Johnny English’s boy at Wembley on Saturday tends to agree and I must say I am beginning to concur. 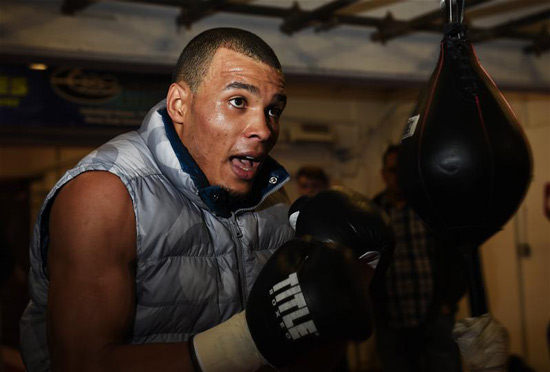 I am disappointed in young Eubank because he is a obviously a talented lad but curiously not a great crowd puller despite the family name.

I actually think that Blackwell, who is a solid pro and can be quite feisty, will give him a decent fight. The outcome is by no means a foregone conclusion.

But I have to ask what on earth Eubank is doing fighting for a British title when he could have had two options to go for a world title for a hell of a lot more money.

Is that Chris’s own choice, or is it his father’s? There is absolutely no logic to it.

As Billy Joe says: ”Eubank says that going for the British title is something that he wants to do but I think that he knows in his own mind and his own head that he’s not ready for a rematch with me.

“He can’t step up to my level, he’s a British level fighter. I’ve said it before and I’ll say it again, I don’t think he’ll ever win a world title.”

Blackwell has stirred things up nicely before the fight by saying what we all know – that Chris is not his own man. “He could actually be a nice kid if he cut the apron strings and was himself a bit more. But he’s told what to say by his father and he’s always in performance mode. There’s nothing real about him.

“He still thinks he beat Billy Joe Saunders. He’s deluded. Billy boxed his head off for the first six or seven rounds, won every one of them…you’d think a defeat like that would make him a bit more humble and realise he’s nothing special, but it doesn’t seem to have worked.”

Blackwell himself also has a points defeat against Saunders on his record but that was back in 2012, and he has improved since then under new trainer Gary Lockett.

I agree with Billy Joe who says he thinks that in his own mind and in his his own head Eubank feels he is not ready for a re-match with him. If he loses to Blackwell that prospect will have gone out of the window for good.