Chris Eubank Jr at the crossroads of his career

What is going in with Chris Eubank Jnr? Not much it seems at the moment. Yet he is one of the brightest young talents in British boxing and at 26 next month is in the prime of his career.

He hasn’t laced up a glove in earnest in over six months since acquiring the WBA interim middleweight world title belt against Dmitry Chudinov, sibling of Fedor, whose full WBO super-middleweight title Frank Buglioni scraps for at Wembley 26 September. 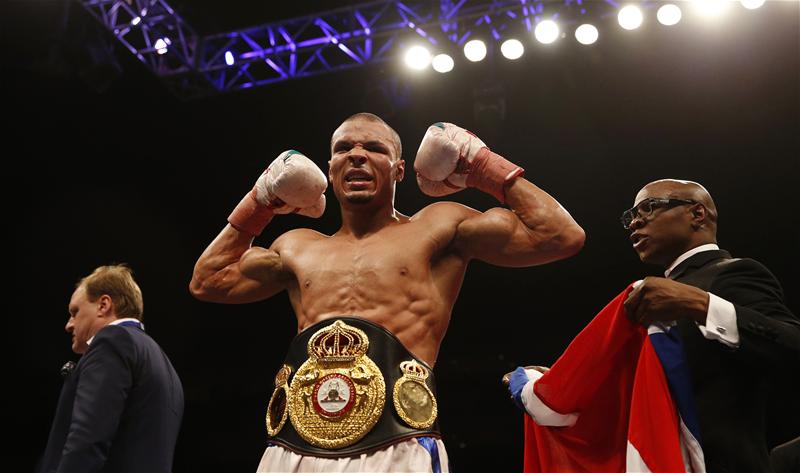 Now it appears that Eubank’s belt is being unbuckled from around his waist by the WBA, said to be stripping him because of his failure to defend it.

So exactly what is his – or his old man’s –game plan? No-one knows.

Save for a tweet some weeks ago which hinted at an imminent ‘big announcement’ we haven’t had a peep from either Eubank.

Such potential should not be lying idle. Whatever we may think of the way he is being handled by his meddlesome dad (Frank Warren says he has given him so many headaches he considered getting his fights  sponsored by Anadin), young Chris has class and charisma, and he can fight.

So far, Eubank Jnr has 20 pro bouts, and has always looked looked the business, even in that one defeat, on a split decision to Billy Joe Saunders in an enthralling contest.

It may be that he is waiting to challenge the winner of Saunders’ upcoming WBO world title fight against Andy Lee, but he would be in a far stronger position to do so with a title of his own to his name.`

He would also benefit from shaking off his father’s shadow. “My goal is to have people looking at me for who I am and for what I have achieved rather than for being the son of Chris Eubank,” he once told us. “He is not the type to blow smoke up somebody’s backside. If he truly didn’t feel I could make it, he would have no problem telling me.”

So why does his father meddle? “Can you see my dad not interfering? He never stops.”

There is no doubt Chris Jnr is a chip off the old boxing block though he’s no dandy – more jeans than jodhpurs, fashionably low-slung. As distinctly different personality-wise from his father as Nigel Clough was to Brian.

There was a buzz that Eubank jnr might be joining  the escalating Transatlantic UK exodus to Al Haymon, but whether Big Al would put up with being told what to do by capricious Chris Snr is questionable.

Meantime Chris Jnr should be in there doing what he does best – and punching a few noses.

A Rocky road to ring redemption

Finally caught up with Southpaw, the latest celluloid fistic offering. My verdict: Worth watching (or waiting for the video release) as long you keep your tongue firmly in your cheek alongside the popcorn.

Genuine fight fans will snort ’do me a favour!’ at the blood-and-thunder ring action in a movie with a certificate should actually read OTT rather than Over 15s

In reality, no referee would allow any of the gorily choreographed blood-and-thunder bouts to go beyond the first round such is the degree of gloved violence – but that’s show business for you.

It doesn’t quite make my top ten boxing movies  but there are five star performances from Jake Gyllenhaal  as redemption-seeking middleweight champ Billy Hope and Forest Whitaker as his trainer; and the riches-to-rags-and-back-again story line of a fallen fighter desperate to regain the love and respect of his young daughter after his wife’s untimely death  is as poignant as Million Dollar Baby but with a happier ending.

Odd though, that the only link with the film’s title is that the central character only becomes a southpaw for his final fight.

Perhaps the most illustrious celluloid southpaw of all, Rocky Balboa, is being brought out of retirement by Sylvester Stallone in a soon-to-be released movie also with a singular title: Creed.

But thankfully not as a fighter. Old man Rocky is back in the ring  training the son of Apollo Creed, his first foe.

One of the opponents of Creed’s son Adonis (whose father tragically died after a fight) is be played by the British cruiserweight champion Tony Bellew, and another by current WBA super middleweight champion Andre Ward, the last American to win an Olympic boxing gold medal in 2004. Take this one with a pinch of resin, too.

Seb lords it over Klitschko

Boxing buff Lord Sebastian Coe knew the gloves were off when he arrived in Beijing last week to discover that Sergey Bubka, his only opponent in the big fight for the  presidency of the IAAF, the body which runs drugs-riddled world athletics, had a real heavyweight in his corner. 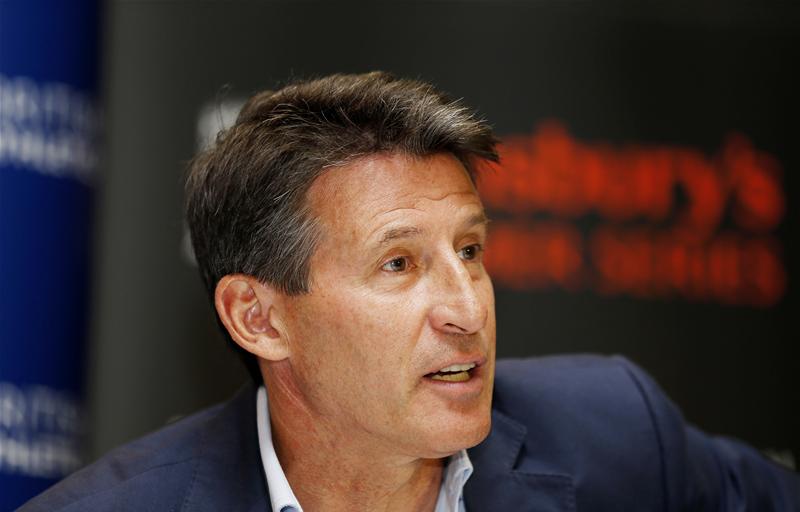 Fortunately Seb boxed clever enough to outpoint Bubka in the IAAF poll by 115-92, a wider scorecard than the split decision many had anticipated.

No doubt Klitschko hopes he will have better luck when next in the corner: he will be at carrying the bucket and sponge for  younger brother Wladimir who threatens an early night for mouthy British challenger Tyson Fury when they meet in Dusseldorf on October 24.

How Liam Walsh fights his corner

Talking of corners – and cornermen – what really goes on between fighters and trainers between rounds? Particularly when it is a family affair. 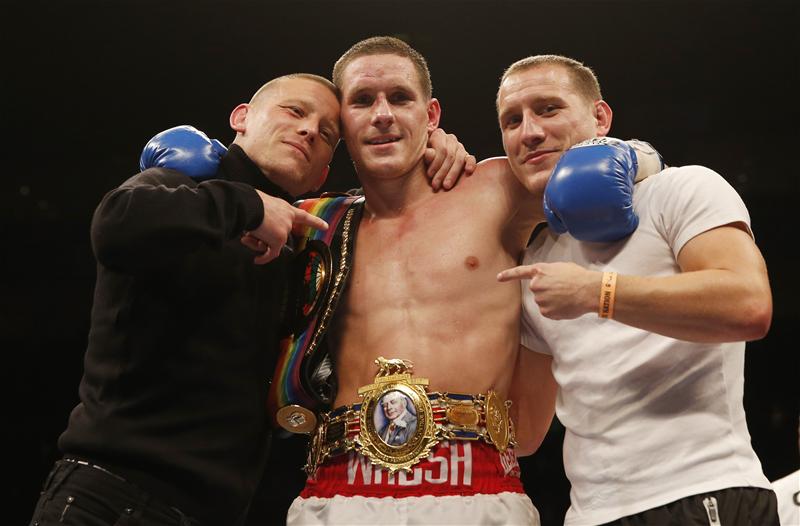 Not a lot in the case of Cromer lightweight Liam Walsh who gave us this quirky response when asked the question that intrigues some fans: is there a case of info-overload when his two brothers and trainer Graham Everett are all having theirsay?

“I think there is too much said about the minute in between rounds,” he replied. “I don’t want to sound like Eubank (Jnr) here and say you don’t need a trainer, but when that first bell goes everyone’s job is done – they’ve all done their work to get you into that position.

“It is then a matter of carrying out the game plan that you have been working on for the last ten weeks.

“There is, and I quite like it like that to be honest. Obviously there will be times when one person will need to talk and get their point across and when that time comes I’m sure, between them, they’ll do it. I wouldn’t change the way it is.

“I was saying to my brother Ryan the other day that it would be funny in my next fight (he has a world title eliminator on the mammoth Manchester Arena bill on 10 October) to say nothing. At the end of the round we’ll go back, just give me some water and say nothing. I think that would be quite amusing and after the commercial people would wonder what was going on.

“When I go back to my corner I know I’ve got my two brothers, who mean more than anything to me and my best interests are in their hearts.

“I wouldn’t even mind going back to the corner and talking about life in general! In the three minutes I’ll go and do my job, then get some water and if I’m making any major mistakes, tell me, but there are too many cornermen out there trying to get credit.

“You see them in the corner saying to the fighter ‘go with the right hook, go with the double left hook’. The fighter goes out there and then all of a sudden it is all about him. I’d rather go back to the corner, have a chat, then I’ll go out and do my business. There is too much importance attached to it I think. If I get on to world level, maybe I will have to change my mind on that, but I don’t think I ever will.”

Ever heard of Johann Duhaupas? No, me neither.

Yet he is to be the next opponent for WBC world heavyweight champion Deontay Wilder who makes the second defence against the little-known  Frenchman in his home-town of Birmingham, Alabama on 26 September.

Johann Duhaupas sounds more like a concert hall violinist and someone has certainly pulled a few strings to get him a shot at Wilder. 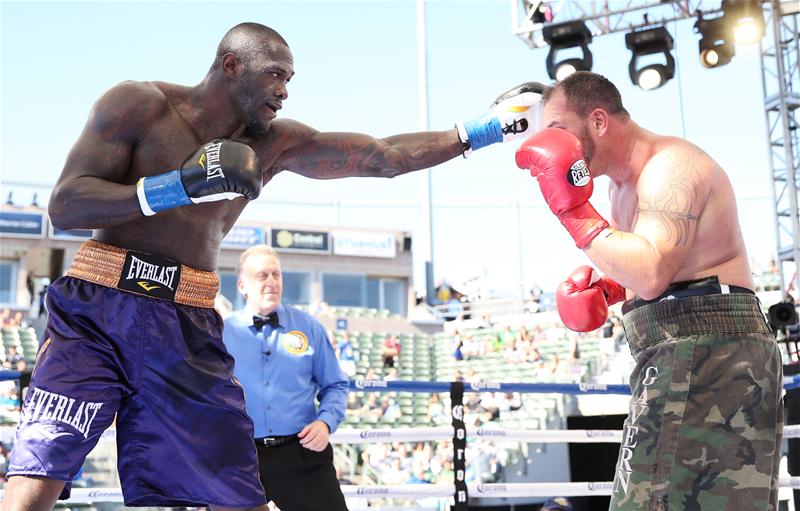 So who he?  He’s 34, stands 6ft 5in, apparently ranked 12th by the WBC, and was beaten earlier this by David Price’s nemesis Erkan Teper in Germany.

This was one of two defeats in 32 bouts against mainly nondescript opposition, though he did gain a majority verdict over useful Manuel Charr in his last fight.

But disappointingly he seems another hand-picked patsy (after Eric Molina) for a once hard-hitting champion who now seems oddly reluctant to take on meaningful opposition after his impressive victory over Bermane Stivere.

The fight will mark the first time in 30 years that NBC will televise a heavyweight world title bout in prime time, the last coming on May 20, 1985 when Larry Holmes defended his title against Carl ‘The Truth’ Williams in Reno, Nevada. Hope they find it is worth it.

Amir Khan is philosophical about being one of boxing’s Marmite men.