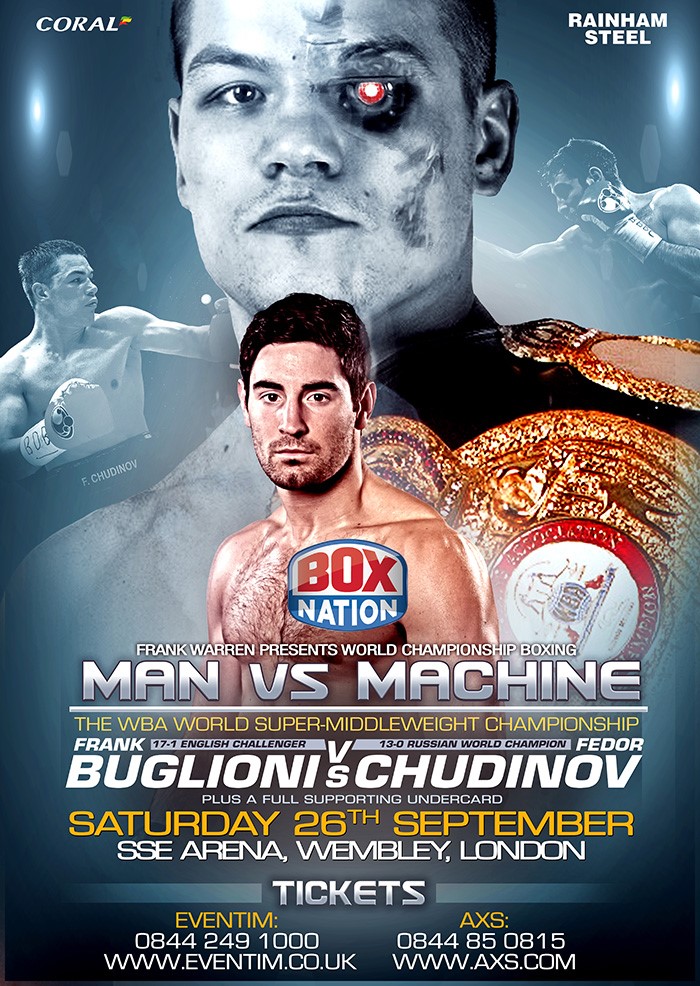 The official weigh-in for the WBA World Super-Middleweight Championship between the Champion Fedor Chudinov and the challenger Frank Buglioni will be open to the public and free to attend on Friday 25th September, 2pm, at the London Designer Outlet.

London ace Buglioni takes on the undefeated Russian the following night at the SSE Arena, Wembley, as he aims to upset the odds and become Britain’s next world champion.

Also in attendance will be their respective trainers and former rivals, who are still intent on fighting each other, Roy Jones Jr. and Steve Collins.