COJANU STEPS IN TO FIGHT GORMAN IN MANCHESTER 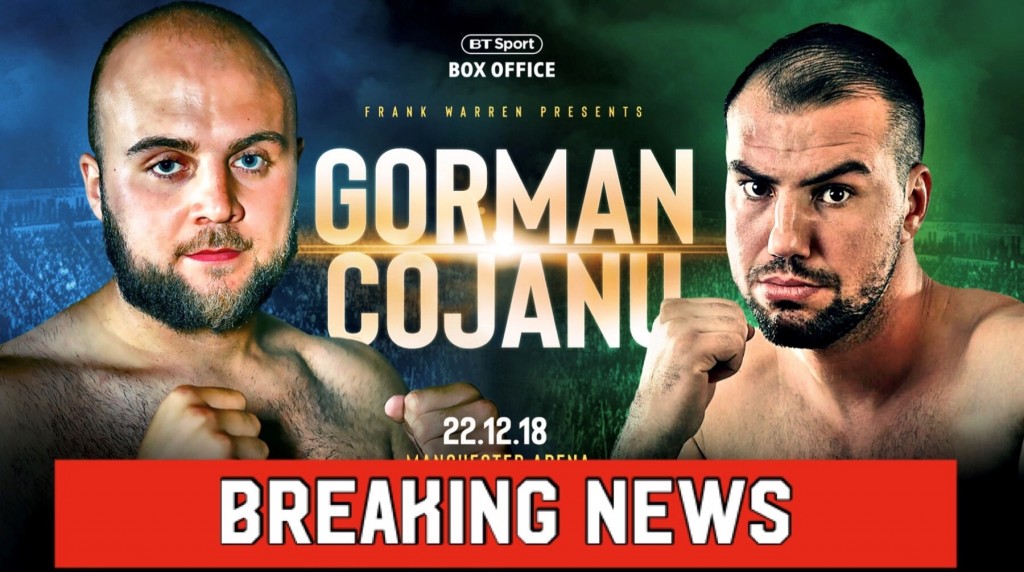 Romanian-born Cojanu was scheduled to fight Britain’s other big heavyweight prospect, Daniel Dubois this Saturday at the Brentwood Centre but due to illness, Dubois was forced to withdraw from the bout.

But fortunately for both fighters, Cojanu will now make his way up north next week and challenge Gorman at the Manchester Arena on December 22nd, live on BT Sport Box Office.

“I’m disappointed Leapai didn’t get on the plane. He’s given it some bad mouth which isn’t really my style, but in my world, if you are going to do that then you come and have a fight. Words are cheap, maybe he regretted his words knowing what was coming?” said Gorman.

He continued: “I thought it was going to be a big let down trying to get an opponent this late but at the very last minute, Daniel’s bad luck has proved well for me; that’s ironic really.

“I get to fight a guy who fought for a world title just last year and took Joseph Parker the distance, so he is a better opponent in many respects.

“He is here, he is in the country and I’m looking forward to putting on a show again at the Manchester Arena.”