Cold-hearted Kovalev is a merchant of menace, but could Andre Ward be too cute for him

Sergey Kovalev is obviously something of a monster. Boxing’s merchant of menace inflicted a systematic job on Jean Pascal last weekend that was more like a mugging in a darkened alleyway of downtown Montreal. 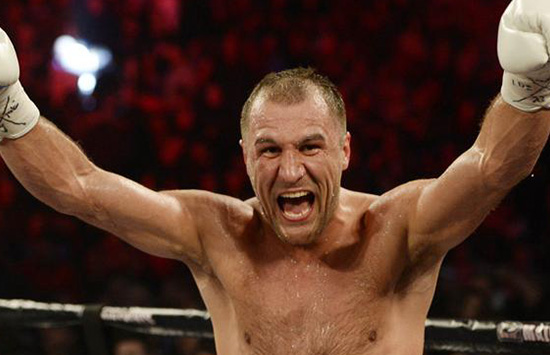 It was so calculatingly brutal that perhaps BoxNation viewers should have been given the watershed warning: “This programme contains scenes of violence that some may find disturbing.”

Actually what I found most disturbing was the contemptuous ruthlessness of the cold-hearted Krusher who, as he admitted afterwards purposely made Pascal suffer an enduring beating because he didn’t like him, or more particularly what he had said about him.

In many ways it was reminiscent of the infamously savage scuffle between Muhammad Ali and Ernie Terrell at Madison Square Garden exactly 49 years ago this week when Ali cynically held up and taunted his battered opponent.

Big Ernie had insisted on calling him Cassius Clay and for 15 rounds Ali dished out a nasty, measured ’whupping’ as he demanded:”What’s my name?”

At times Kovalev v Pascal 2 was equally unpleasant. The Russian slugger had genuinely got the needle because the Haitian-Canadian Pascal had accused him of being racist in the build-up to the fight over alleged derogatory references to ‘negro’ and ‘dark-skinned people’ two years ago.

Kovalev has a bit of history in this respect. In April 2015 he posted a photo of himself with a child on Twitter. The boy was wearing a T-shirt that had a gorilla’s head on a man’s body .In the accompanying caption Kovalev wrote: “Adonis looks great!!!”

He was referring to WBC light heavyweight champion Adonis Stevenson, who, like Pascal, is black, and whom he has been trying to get into the ring for a unification fight.

So there was bad blood between them from the off.

Some fighters show compassion when opponents are obviously in distress, as Larry Holmes did against Ali, vainly beckoning to referee Richard Greene to stop the fight before Angelo Dundee called it off between rounds —just as Freddie Roach did with Pascal at the end of the seventh.

This was the Canadian’s first fight with Roach, but the outcome was virtually the same as the initial meeting with Kovalev 10 months ago, which ended with an eight-round tko for the Russian.

Although Pascal gave him credit for doing “a better job” this time, their animosity did not come to an end. They obviously had not wanted to touch gloves until forced to do so by the referee, and there was no traditional embrace at the end.

Kovalev admitted that he wanted his opponent ”to feel even more pain, and punish him more…I don’ respect him at all. He is not a nice person.”

I found that rather distasteful and against the spirit of the sport. But I wouldn’t want to say that to the Krusher’s face. Would you?

Now Florida-based Kovalev, who has stopped or ko’d 26 of his 30 opponents, is gunning for the man he insults as the ‘Gorilla.’

“Sure, I want to unify all four titles,” he said in an angry confrontation with a booted and suited Stevenson in the ring afterwards.”I would like to fight Adonis ‘Chickenson’.”

I think I’d back him to win that one but personally I’d like to see him in with someone who has a really good boxing brain. 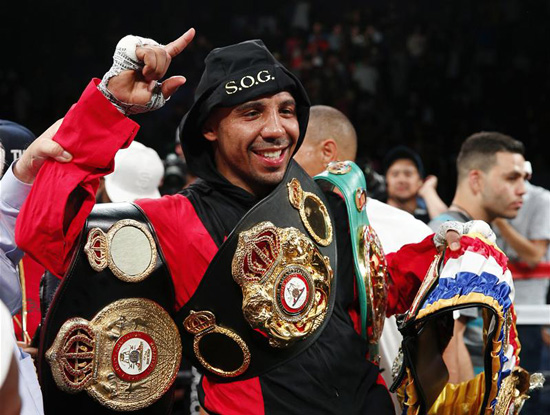 He and Andre Ward, who has just moved into the division, would be a tremendous battle between unrefined power and subtle skills.

I’m a believer that a really good boxer will always beat a puncher. If anyone can test how good the Krusher is will be one like Ward with speed and sharp tactical nous.

As the incomparable Mills Lane used to say, Let’s Get It On!.

To be frank Frank, a comeback would be a disaster

“Bonkers Bruno” was the scandalous headline in The Sun a few years back when Britain’s most beloved boxing figure was admitted to a mental hospital. 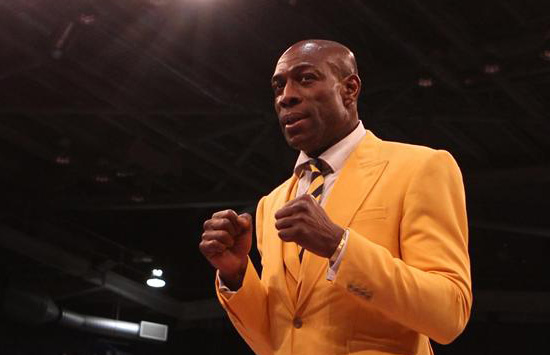 If course Frank Bruno wasn’t bonkers; he was later diagnosed with bi-polar disorder

But to be frank, Frank what is bonkers is your notion that you could make a comeback at 54 after 20 years.

I am glad the Board of Control have promptly knocked that on the head as far as they are concerned.

But what worries me is that dear old Frank might still be tempted to go down the route of unlicensed boxing or obtaining a licence from a less responsible overseas authority.

That would irreparably damage his unique iconic status beyond measure, and goodness knows what it might do his brain and body, fighting fit as he claims to be after his daily sessions on the gym.

I know George Foreman returned at 45 to reclaim a version of the world heavyweight title after a ten-year sabbatical but he had not suffered the same medical and mental and mental problems as Bruno, who he has admitted himself also has ‘dodgy minces.’

As I say it is a travesty that Frank would want to risk tarnishing his reputation yet it seems one reason he wishes to do so might be because he is envious of the limelight now enveloping Anthony Joshua. If he were in his prime he’d be favourite to beat AJ, but those days are well gone.

“I can’t sit down and let these so-called promoters say Anthony Joshua can knock me out in two rounds when I’m not even dead,” he said in a TV interview.

Sorry Frank, I am afraid you must. Why not simply accept being who you are – and enjoy the popularity and respect you still command?