Boxing Greats Steve Collins and Roy Jones Jr. finally came head-to-head at today’s press conference for their fighters Frank Buglioni and Fedor Chudinov, and the legendary Irishman is certain his man will defeat the defending WBA World Super-Middleweight Champion from Russia this Saturday at the SSE Arena, Wembley. 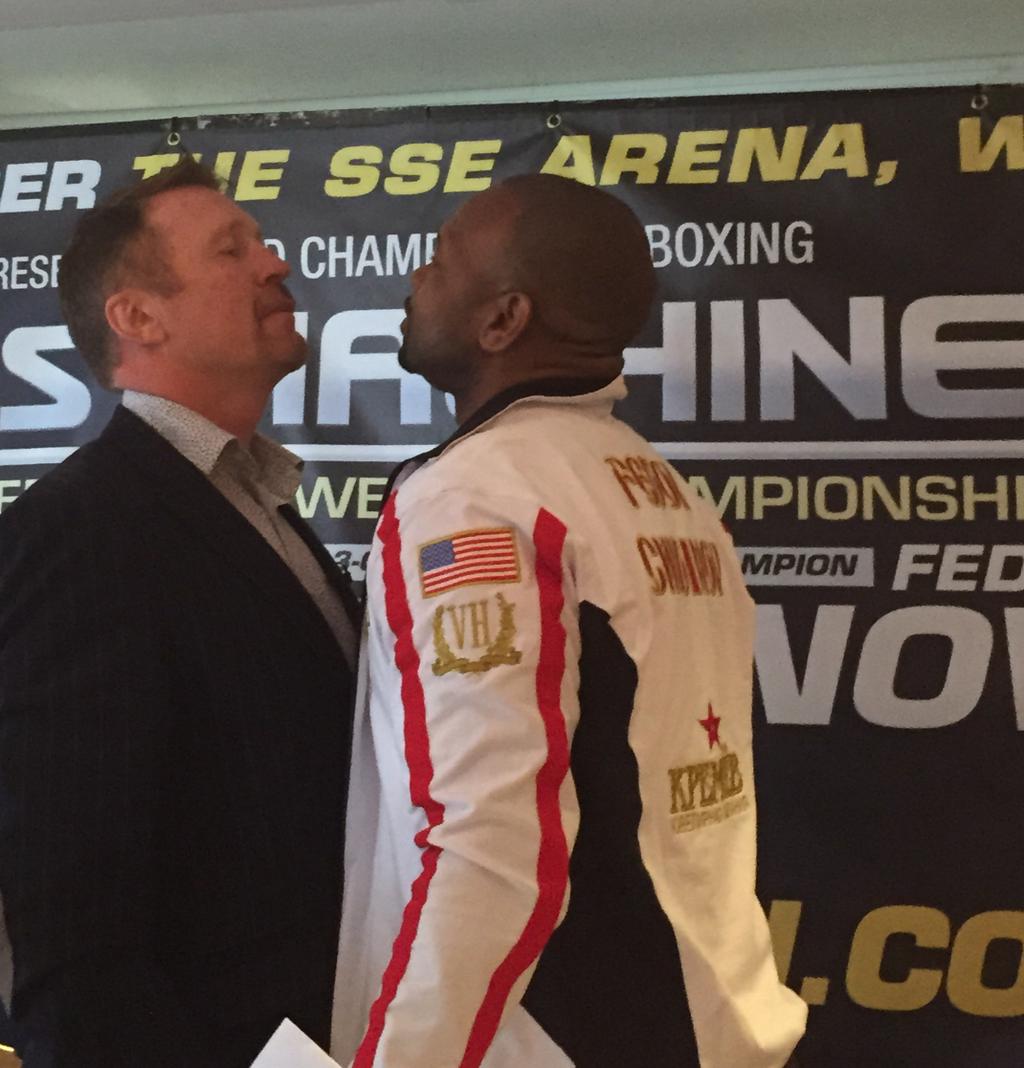 Former two-time and two-weight WBO World Champion Collins, who trains Buglioni alongside his brother Paschal in Dublin, believes the delay of the original July fight date due to Chudinov breaking his nose in sparring, will benefit the Enfield ace.

“I firmly believe in Frank Buglioni and so does Paschal and we know that he can win on Saturday and become world champion,” Said Collins.

“He’s extremely talented with plenty of balls and heart.  People haven’t seen the best of Frank yet, but they will in this fight.”

“Chudinov is a good fighter and he won the world title so we respect him for that, but going into this fight I’m looking at Chudinov as a fighter who’s at the level he’s at and I know Frank has so much more,”

“The delay in the fight has also helped as Frank is now sharper and more experienced, in fact he’s twice the fighter he was before.  I can’t wait for Saturday now.”

“Of course it’s created a lot of interest between me and Roy Jones in opposite corners of the ring, but the fighting is being done by Frank and Chudinov and I don’t want to distract from that.  The fire still burns in me though and I know Roy still facies it so maybe we can do it, but right now it’s about the two fighters we train.” 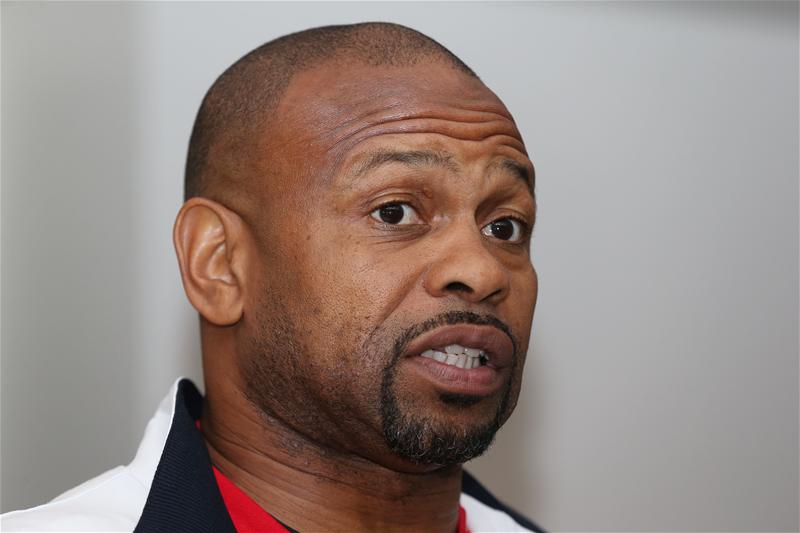 “Fedor is a fine fighter and I believe the fans will really appreciate how good he is when he beats Buglioni on Saturday night,”

“I’ve come into this fight to help Fedor with certain elements of his boxing, I’ve not changed him into a copy of me or anything like that, it’s all small technical improvements to improve his all-round skills,”

“I know that Steve is still itching for a fight against me and we’ll see what happens after our guys do their thing on Saturday.”

Buglioni said, “I’ve done plenty of talking in the last week or so but now we’re getting close to the fight I’m just focussing on what I need to do in the ring.  It’s been my dream to fight for a world title and I’m not going to let it pass me by.  And the new…”

Chudinov added, “I won this world in Germany and I’m certainly not going to lose it in London.  This is a real fight and Buglioni had better realise that he’s in for the fight of his life to take this belt from me.”