Although Collins defeated British greats Chris Eubank and Nigel Benn, twice each, he desperately chased a fight against Jones, who was then recognised as the pound-for-pound best boxer in the world, but was always rebuffed.

The 51-year-old has offered to put the gloves on again for the first time in nearly 20 years if Buglioni stops undefeated Russian early and give the fans’ the fight that they missed in the 1990s.

“If Frank knocks Chudinov out in the first couple of rounds and the fans’ want more action then I’m happy to put on the gloves again and fight Jones if he’s up for it,” Said the Celtic Warrior. 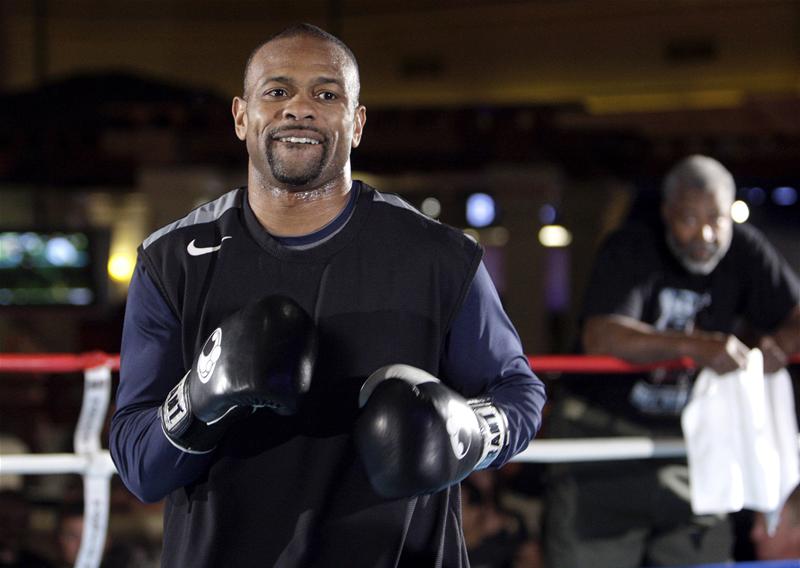 “I chased and chased Jones throughout my career and he never wanted to fight me, but now we’re in the same ring in opposite corners, it’s the closet we’ve ever got in a ring, I’ll still have it with him if he fancies it.  I’m still in great shape, I’ll fight him whatever weight he is.  The fight is easier now than it was 10 or 15 years ago.”

“He’s a great guy, but the one thing people will remember him for is not fighting me when we were in our primes.  Good luck to him with Chudinov, but there’s only one winner in this fight and that’s Frank.

Collins believes that it’s a desperate sign from the Chudinov camp that they have brought Jones in to train the WBA World Champion making his first title defence.

He added, “Chudinov must be worried if he feels he needs Jones to help him at this stage of his training programme,”

“Roy Jones was a very good fighter and has great knowledge, but we believe that they must be clutching at straws to bring him in only a few weeks’ out from the fight,”

“It put a smile on Frank’s face when he found out.  For one, there’s the language barrier between them and Roy Jones’s fighting style is completely different to Chudinov’s,”

“My brother Paschal has been working with Frank for the last six weeks’ solid and he’s now in great shape.  We’re not concerned about Jones training Chudinov.  I said from day one with Frank that he’s a superb athlete and he’s certainly going to cause a huge shock on the night.”