Come on Carl, fight Rigo and let’s see what you’re really made of

Carl Frampton says he wants only to meet the best after defeating Scott Quigg in last weekend ‘s disappointing IBF/WBA world super-bantamweight unification fight. So I am prepared to make him an offer he shouldn’t refuse. 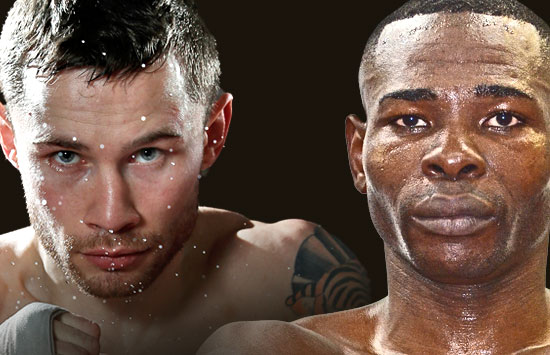 Get it on next with undisputedly the top man in the division, Guillermo Rigondeaux.

We at Queensberry are working with Rigondeaux’s promoters RocNation who like us want to see whether Frampton really does want to fight the Miami-based Cuban maestro he reckons he could beat. If so we are happy to stage it over here.

Barry McGuigan keeps asking what money is in it? Well, let’s sort it out. There’ll be a very attractive offer on the table and we are willing to take the risk.

Of course this is dependent on Rigondeaux not slipping up against our man Jazza Dickens in Liverpool on March 12. But whatever happens I’ll wager gutsy Dickens will show more go-forward gumption from the first bell than Quigg did in two-third of Saturday’s fight.

The Jackal v El Chacal is a contest I doubt will happen though of, course it should, as it is as natural a match-up as Manchester’s all-British so-called blockbuster with Quigg, which unfortunately turned out to be more of a let-down than a showdown.

The build-up was overcooked and the fight over-hyped. By the time the combatants climbed into the ring after their respective promoters and trainers had hogged most of the headlines with their own silly spats we were already on the road to an anti-climax.

As a promoter myself I understand that fights need to be sold but all nonsense about rows over dressing rooms and other stuff was as boring (Frampton’s honest own description by the way) as most of the actual fight.

Apparently Tyson Fury walked out before the start of the ninth later saying on social media that boxing fans had been badly treated ‘paying a lot of money for this shit.’

Well that’s a bit strong, as Fury subsequently missed the most competitive rounds of an otherwise one-sided fight but PPV subscribers, not for the first time in recent months, had reason to feel less than content.

Fury described it as a snooze-fest. Well it was until Quigg’s alarm went off, and by then it was too late. Up to then it had been Mayweather v Pacquiao re-visited.

The bottom line is that Quigg’s trainer Joe Gallagher got it totally wrong tactically. The disastrously mis-conceived game plan was down to him, supposedly the best trainer in the world according to Ring Magazine.

All Frampton had to do was box competently, if initially himself very apprehensively, against an opponent who barely threw a punch for four rounds and then had to scramble to try and get back into the fight after getting his jaw fractured with the first effective blow the Ulsterman threw.

Quigg should have jumped on him from the off knowing that Frampton might be vulnerable after being twice floored in the first round by a little-known Mexican in his previous outing. It was certainly worth a shot.

Frampton was described in one paper as giving a ‘masterclass’ in boxing.’ Oh come on! A masterclass was what Joe Calzaghe exhibited against Jeff Lacy. This wasn’t in the same league.

McGuigan raves about Frampton being the best fighter ever to come out of Ireland. Surely not on these last two performances but beating Rigondeaux may change my mind.

Damaged jaw he may have sustained, but in the end Quigg was well beaten by a better man, despite the way one maverick US judge Levi Martinez saw it – by the way they are doing two-for-one at Specsavers!

As there seems to be no public appetite for a return, which Frampton totally agrees with, he has to move on. I suspect he may be persuaded by McGuigan to vacate the newly-acquired super-bantam belt the WBA ‘gifted’ to Quigg after relieving it from a then inactive Rigondeaux and move to featherweight to try for a crack at Leo Santa Cruz.

However is there a chance his Irish pride may yet give him second thoughts, and not swerve Rigo?

For he admits it is a confrontation that appeals to him, saying:” I would be happy to beat him and I think I’m the only one in the super-bantamweight division that can.”

OK Carl, so now it’s down to you. Put up or shut up. Let’s see if you are the best to come out of Ireland!