CORCORAN: “I AM GOING TO BE A BEAST AT THIS WEIGHT” 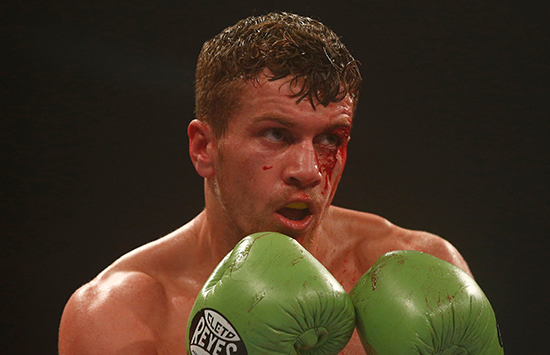 It will hardly be new territory for him, but Gary Corcoran knows it will more than likely be him having to make the running to draw Larry Ekundayo into a fight when the pair meet for the vacant WBO Intercontinental title on Saturday night at the Copper Box.

New welterweight Corcoran acknowledges that Ekundayo – who he knows well from the sparring circuit – is a cute and awkward customer with the skill and movement to fend off attacks.

He has not been one, to date, to engage in all-out ring wars, which is a Corcoran forte, but the former super welterweight is certain he has got his opponent’s measure, whatever tactics he chooses to employ.

“I make fights anyway with coming forward, but if I turn up at my best and he turns up at his best, then I beat him,” insisted the 26-year-old, who is entering his second fight at the 147lbs limit. “But, let’s not take this fight lightly because he is a good fighter, Larry, and he is looking for a big fight.

“He can try and just keep out of the way – it would make it terrible to watch though. He is slippery, but I have fought more slippery fighters than him. I’ve sparred Larry and I know what he is about.

“I’ll see how the fight starts, it is the case that I can do things now that I couldn’t do before. Now I can close the ring down quicker, that sort of thing and I could see it turn out that I stop him.”

Corcoran also believes that the new version of himself possesses the ability to add a bit of thought to his unquestionable workrate. His outlook has altered and his thinking deeper, where before he would simply be priming himself for a tear-up.

“I’ve grown up a lot and it is going a lot better for me,” he reasoned. “I’ve matured over the last year or two, more so since the Liam Williams fight and have come on a lot.

“I think you are going to see a way better Gary this year,” he added, before contemplating what a lofty WBO ranking could bring about should he take home the belt on Saturday night.

“It opens doors and you never know what it could bring. If I win this fight there is a bright future for me.

“I am not thinking ahead of the Larry fight, but I will be more vicious than ever, stronger than ever and I think I am going to be a beast at this weight. A lot of people won’t be able to handle me, they really won’t.

The word on the street suggests a fight with British welterweight champion Bradley Skeete could be on the horizon, although Skeete’s is not a chin he is particularly eager to test out.

“It is only business to me because me and Skeete are mates and I have known him for years. If it comes to it that he is in my way for a title fight – and if he accepts it – I would never say no to any fight so I would take it.” 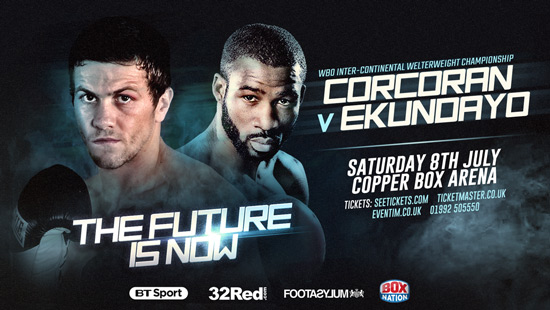 This time around he won’t be taking to Twitter to force the issue.

“No, but if he said something about me, that is when it kicks off. I know Bradley won’t, but we will see what happens in the future.

“The thing is with me, if I got the British title, I would accept all mandatories and takers – except (John) O’Donnell because it is too close with us being cousins – just to get the title quick and push on with my career.”

And, no matter how well he progresses as a welterweight, if a return with Liam Williams was offered, he would have no hesitation in picking up his pen to sign on the dotted line.

“If it was the right fight, right title and my weight was right, then I would go up, no problem – even if I was flying at welterweight. I just want to get that fight back, I just want to fight him again because I can make it different and make it easier for myself.

“He wasn’t having none of it after the first fight because I don’t think he realised I was that good. He said I couldn’t box, I wasn’t clever and basically said I had no brain and that. I think he was very surprised that I could box and fight and, if we fight again, it will be a different story.