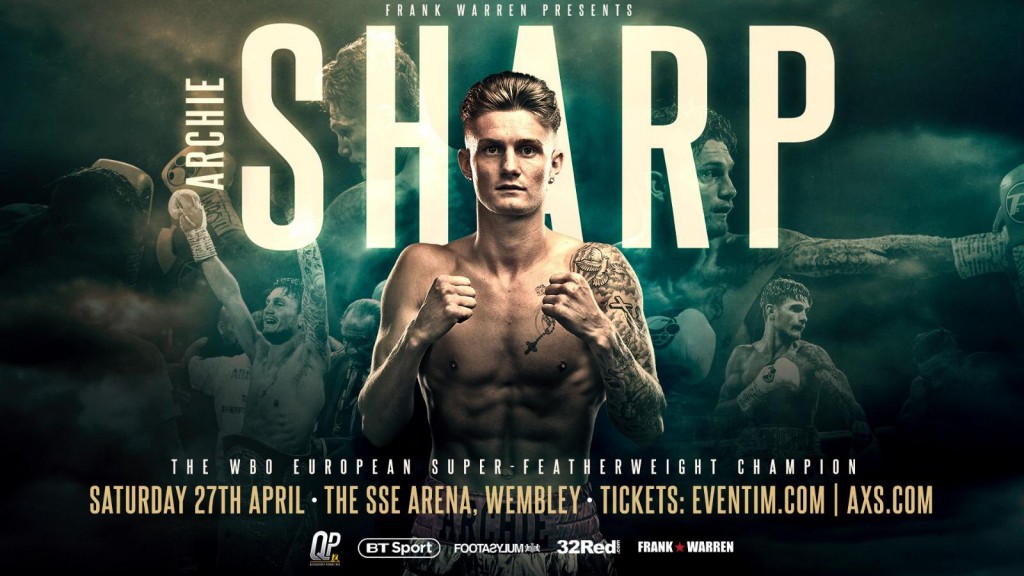 ARCHIE SHARP has drawn up battle plans to takeover the super-featherweight division at domestic and world level.

Sharp (14-0, 7KOS) put his rivals on notice with a stunning title winning performance when he outpointed fellow prospect Lyon Woodstock in October.

“In a year and a half I want to be talked of among world level fighters,” declared the Welling boxer.

A challenge for Sam Bowen’s British title looks certain this year and could double as an eliminator for WBO champion Masayuki Ito’s WBO title. Bowen is ninth in the organisation’s rankings and Sharp 12th.

“He has mentioned Scott Quigg and wants to move on but I have names I want. There’s Lee Selby and Sam is among those names.

“The British title is a great belt to have and that is a belt we want, but I am ranked 12th in the WBO rankings so there are other fights out there.”

His return will be a non-title eight rounder on promoter Frank Warren’s bill that is stacked with prospects.

Sharp explained: “Ideally I want big fights. I know I am only boxing an eight rounder in April, but after injury and illness I need to get back in there and see how everything is.

“I have just got to be clever. If I jump straight back in there and my injury doesn’t hold out I will have made a big mistake.

“I was upset and frustrated over not being able to fight at the Royal Albert Hall, but I remained mentally strong and now I am back out.”