You would never have guessed Terence Crawford was supposed to be up against it in the early hours of Sunday morning when he embarked on a quest to unify half of the super lightweight division, live on BoxNation.

The WBC champion, Viktor Postol, was tipped to provide the sternest examination of Crawford’s credentials at the MGM Grand Garden. With celebrated trainer Freddie Roach in his corner and having not tasted defeat in 28 professional contests, the Ukrainian was fancied in some quarters to upset the American applecart. 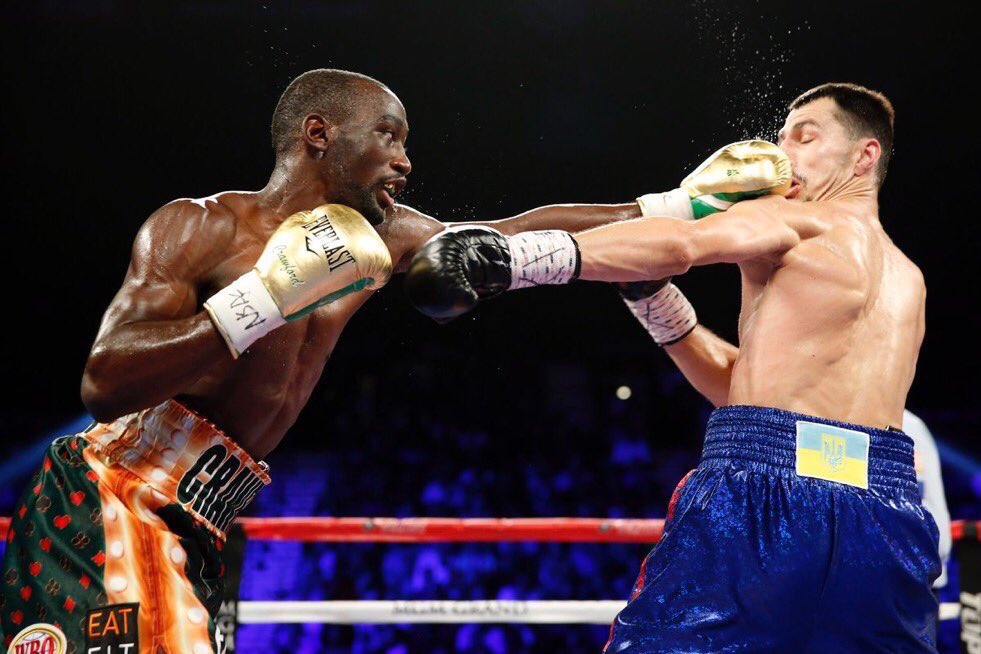 Crawford put paid to any such notions with the kind of slick hitting we have come to expect from this artist of the ring. Perhaps the biggest compliment you can pay the 28-year-old from Omaha, Nebraska is that he makes it look easy.

The Iceman, as Postol is known, couldn’t handle the heat, touched the canvas a couple of times and was defeated by a landslide points margin.

Truth be told, he was never really in it.

Key to Crawford’s success is his footwork, he is like the cool kid on the dance floor with all the moves, making the upright Postol look awkward and robotic.

His nimble movement creates angles to snap in shots his opponents have no reply to. The comparisons with Floyd Mayweather Jnr are beginning to surface and I can see where people are coming from to an extent.

For me, however, Crawford provides a far more appealing spectacle because his primary objective isn’t just to snuff out the threat of his opponents. Yes, he is happy operating on the back foot, but he manages to fire off hurtful punches even when in retreat.

He also doesn’t mind mixing it when the situation demands and carries considerable power.

To my mind, Crawford is the best American boxer to emerge for a long, long time and, if Mayweather ever does make his return to the ring, I wouldn’t imagine he would be dialling Bob Arum to check on Crawford’s availability.

Bob was keeping his cards close to his chest when the potential match-up of Crawford and Manny Pacquiao was mooted by the media in the post-fight press conference.

I suspect Manny would prefer to go out with a bang of his own making, so will he steer clear of Crawford for his latest swansong? Bob is not short of options and Jessie Vargas is another possibility.

My old Top Rank sparring partner certainly remains on top of his game. With the likes of Crawford and Vasyl Lomachenko, he is continuing to demonstrate his knack of identifying and developing the pick of the crop in world boxing.

Another one has come off the production line in Oscar Valdez, who looked devastating in his destruction of Adrian Rueda to claim the vacant WBO featherweight title. With a record of 20-0 with 18 by KO, he looks one to keep a close eye on.

Myself and Bob have done numerous deals over many years and don’t rule out one involving the great Lomachenko sometime next year.

Bob has asked if we would be interested in a fight between the current WBO super featherweight champion and our lightweight king Terry Flanagan.

Terry will fight anyone, but he does have a couple of more immediate challenges to overcome first.

The WBO have ordered a mandatory defence against Felix Verdejo, while we will continue to negotiate for our preferred option of a unification against WBC champion Dejan Zlaticanin.

Whichever way around they arrive, they are both top fights for Terry and exciting times are certainly ahead.

I would like to pay a personal tribute to Jim Watt, who last week announced his retirement from his commentary duties with Sky Sports.

I worked with Jim for many years during his days at ITV and he is a gentleman of the sport and an excellent co-commentator and analyst.

I wish him all the best now he is calling time on his career in boxing but, if he ever fancies going a few more rounds, he would be most welcome to make guest appearances on BoxNation.

Such knowledge and experience shouldn’t be lost to the game.