The two most jaw-dropping announcements in boxing so far this year have been Amir Khan’s shock decision to pit his fists against those of the indomitable Mexican Saul ’Canelo’ Alvarez in a WBC world middleweight title fight in Las Vegas on May 7, and our own big coup in bringing to Britain for the first time the great Cuban Guillermo Rigondeaux to appear on our Liverpool bill on March 12.

And curiously there is an intriguing connection. For just over a decade ago there was another Cuban ace who came to the north west at my invitation.

His name was Mario Kindelan, and the teenage Khan, who I was about to sign as a professional, had lost narrowly to him in the lightweight final of the 2004 Athens Olympics to secure a silver medal as Team GB’s lone boxer. 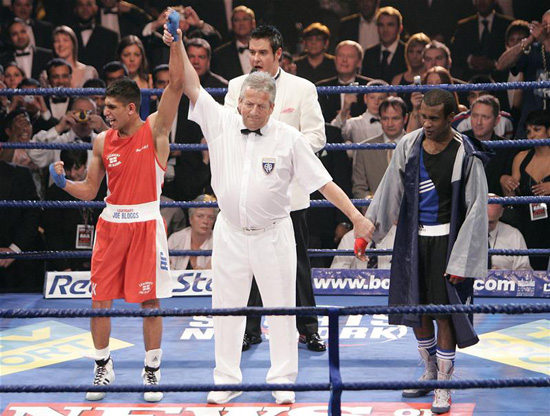 Amir told me that he felt he had a score to settle with the cute Cuban southpaw who was rated as one of best-ever to grace the Olympics boxing ring.

He insisted he still believed he could beat him.

So we gave him the opportunity at a charity dinner show in his home- town Bolton – and Amir duly did the business with a fantastic 19-13 points win over four two-minute rounds while wearing his amateur vest for the last time.

It was a great night which launched him firmly on the path to his eventual pro world championship pedestal.

It was also historic as it was the first time Fidel Castro had allowed one of Cuba’s favourite fighting sons to box over here in a one-off bout. Believe me, this took some negotiating.

Rigondeaux is also former Olympic champion and from the same boxing breed as other great Cuban Olympic stars like Kindelan, Teofilo Stevenson and Felix Savon. But unlike them he has shed the shackles of communism to live in the US and now boxes out of Miami.

During his amateur days, Rigondeaux was recognised as the finest boxer on the planet. He has two Olympic titles: Sydney 2000 and Athens 2004; and two world amateur crowns, in 2001 and 2005. 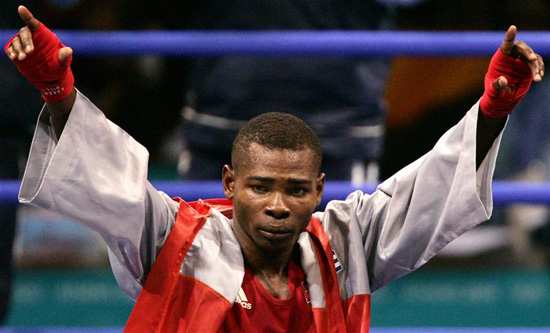 Now he is the world’s best super-bantamweight, a former champion so dangerous at 35 that both Carl Frampton and Scott Quigg opted to avoid him and instead fight each other.

So Liverpool’s own Jazza Dickens unhesitatingly steps in where they fear to tread.

I had hoped to secure the unbeaten Rigondeaux to fight here a year ago but we could not come to terms with his previous managements ridiculous terms.

However Queensberry Promotions and BoxNation are now working well with his new team at Roc Nation and have done the deal for him to face Dickens in a ten rounder in support of the Terry Flanagan–Derry Mathews WBO world lightweight title bill-topper.

When we offered Jazza the fight he couldn’t say yes quick enough, saying that for him it is a true-life Rocky story.

Fingers crossed that Jazza can do an Amir and pull off a sensational victory over Cuba’s finest. If so it will be cigars all round. Cuban, of course!