A few weeks back I warned that punters should not be tempted when a London bookmaker installed the newly-installed IBF world heavyweight champion, Anthony Joshua as 4-1 favourite to win this year’s BBC Sports Personality of the Year award.

A tad premature, I suggested. And I was right. Anyone who placed a bet then would have done their dosh on Josh.

How on earth could he already be in pole position with the Olympics still to come, Andy Murray in hot pursuit of his second Wimbledon and Olympic titles – and what about Welsh footballer Gareth Bale and his inspirational performances for Real Madrid and for Wales in the European Championships? Not to mention the British challenge of Chris Froome in the Tour de France?

It seemed a stupidly prescient slap in the face for Britain’s many gold medal prospects for Joshua to be accorded top slot in the odds before they have had the opportunity to strut their stuff in Rio.

And what about Joshua’s golden-gloved companion of 2012, Nicola Adams?

She had recently secured the last remaining major title to elude her after being crowned women’s world flyweight champion in Kazakhstan.

The 33-year-old’s victory meant she would head to Rio as the reigning Olympic world, Commonwealth and European Games champion, having also won European and EU golds previously.

Moreover if she won again the effervescent assassin from Leeds would become the first British boxer to retain an Olympic championship in successive years since the middleweight Harry Mallin, a London PC, in 1924, 92 years ago.

And she duly did.

Now I am not being sexist when I say that fantastic as Nicola’s achievement is, it does not quite equate to Mallin’s back-to-back golds in 1920 and 1924.

Those were much tougher days for aspiring Olympians. They were austere times following the Great War.

Mallin did not have the luxury of state-of-the-art training camps, full time coaching and Lottery funding. He worked full time pounding the east London streets as a beat bobby.

He also had to endure several more bouts on his way to the Olympic finals than the four Nicola did for hers. 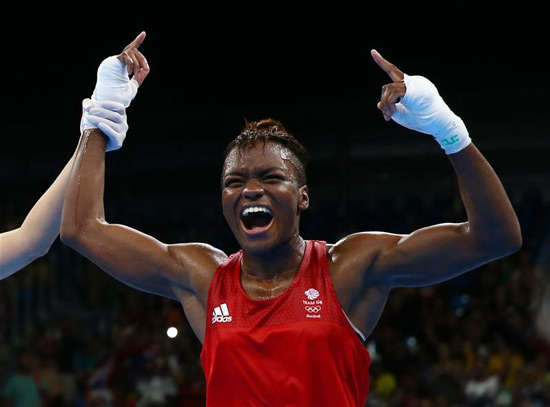 Having said all that, which I am sure Adams would acknowledge, hers nonetheless is a truly remarkable and historic achievement.

She may not win SPOTY which now has at least 30 worthy contenders for its short list but she is certainly a serious contender with her winning smile and winning ways.

She already has my vote for Sportswoman of the Year in the annual Sports Journalists Association poll.

Our new PM Theresa May, though not renowned as a sports buff, promises there will be gongs galore for GB’s glorious Olympians all.

One hopes they will not all be reserved for those atop the medal podium but to a some who just missed out like boxing’s super-heavyweight star Joe Joyce, mugged by judges rather than his French opponent, and taekwondo’s Lutalo Muhammad, cruelly deprived of what seemed certain gold by one tenth of a second.

Altogether in GB’s record-breaking Rio there were 27 gold medal winning individuals and teams.

Most Olympic winners receive an MBE at least in the next Honours list and this time some may be considerably more.

Will it be arise Sir Mo and Sir Andy (possibly among others)? While the strong buzz is that Nicola Adams will confirm her status as the fight game’s first lady by becoming a Dame?

‘In the red corner, Dame Nicola Adams’; That certainly has a ring about it, so to speak.

It would make her the female equivalent to boxing’s only figure of similar status, Sir Henry Cooper.

The late and much loved Sir’ ‘Enry was knighted in 2000 though not solely for boxing, but his services to charity. 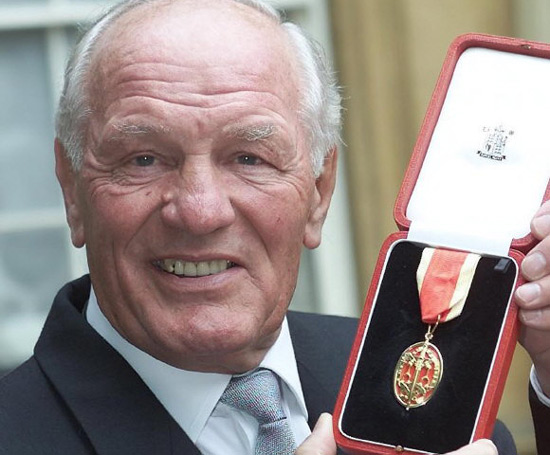 He remains boxing’s only Knight of the Square Ring.

Traditionally most Olympic boxing gold medallists and pro world champions-get civil honours pinned to their lapels. But some have had to fight for it.

The late Terry Spinks won Olympic flyweight gold in 1956 but never received an award at the time – though team-mate Dick McTaggart, the lightweight winner did, and admitted his embarrassment at Spinks’ omission.

Terry had to wait another 46 years before an MBE came his way in 2002, ten years before his death at 74 and only because of a long campaign by family and friends.

He was never given a reason for the delay, though some believed it was because he may have been on nodding terms with the Krays.

Similarly the raucous middleweight Terry Downes, who at 80 is our oldest surviving world champion, was ignored until a couple of years ago; another campaign group led by his friend the referee Bob Williams, and scribes including myself, highlighted his case.

In the end they did give Downsey a gong – a paltry BEM. My aunt got one of those for running a charity shop.

There seems no rhyme nor reason to dishing out some sporting gongs.

As Olympic champions, Joshua, Luke Campbell and Nicola Adams were all given MBE’s after 2012 as was Chris Finnegan in 1968. Audley Harrison in 2000 and James DeGale in 2008.

This despite his achievement as a 17-year-old when he won Olympic silver in Athens in 2004 as Britain’s lone ring ranger, and his immense contributions to charitable causes and community relations both in time and money. He seems to have been disgracefully snubbed by the gong-givers.

Boxing itself, which got relatively short shrift on the last BBC Sports Personality Awards show despite Britain having more current world champions at the time than any other nation (12 – now there are 14) fared little better in a New Year and Queen’s Birthday Honours list which becomes more farcical every year, featuring fistfuls of political cronies and civil service time-servers.

Certainly Tyson Fury won’t be not anticipating the postman’s knock on the door of his Morecambe home with a letter inviting him to Buckingham Palace and a date with Her Maj.

Yet two of his three most recent predecessors as world heavyweight champions, Lennox Lewis and Bruno, received MBEs (presumably David Haye’s is still in the post, too).

Those in the know will tell you that Fury has blotted his copybook irrevocably with some of his more offensive comments and won’t ever get a gong, despite providing one of Britain’s finest-ever sporting achievements.

That may be understandable. But I feel sorry for Amir. Once again he has missed out on a boxing biggie as well as being by-passed in the Honours List despite being such a fabulous ambassador for sport.

As indeed, is Nicky Adams, an iconic figure and a pugilistic pioneer hugely responsible for the establishment and surge in popularity of women’s boxing in this country both as a participant sport and a vehicle for boosting physical fitness. She also had to courage to ‘come out.’

I hope she gets the missive from Downing Street inviting her to the Palace.

For, as, the song says, there’s nothing like a Dame.

And Britain has never seen one quite like Nicola Adams.