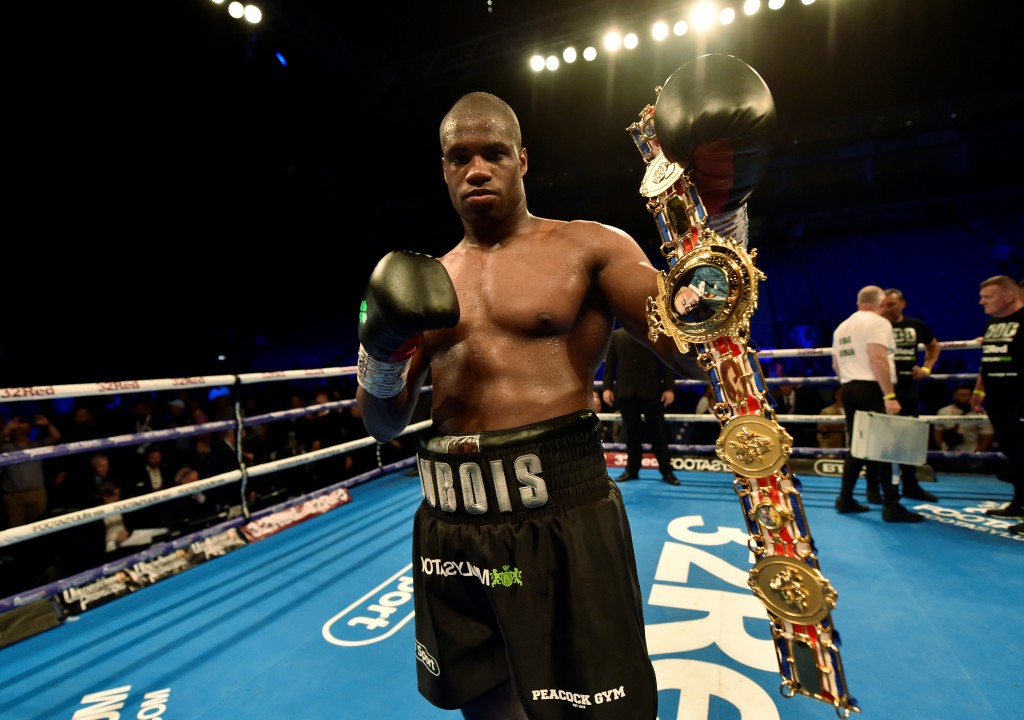 IT WAS PROBABLY a sporting weekend like no other. From the relentless brilliance of Lewis Hamilton setting a record for British Grand Prix wins, to the majesty of Novak Djokovic and Roger Federer pulling strokes at Wimbledon, to England’s swashbuckling cricket team snatching victory from the jaws of defeat in the most dramatic fashion imaginable to win a first world cup.

Armchair viewers were spoilt for choice. Or maybe the choice spoilt it a little bit for some.

As BT Sport viewers will tell you, or those inside the o2 Arena who witnessed first-hand, we also saw something – or someone – pretty special on Saturday night too.

Still just 21 years age, Daniel Dubois has got all the makings of a British sporting icon who has the world at his feet, or in his shovel-like hands.

Daniel doesn’t need to talk about being humble, he just is, and it comes very naturally to this slightly shy and reserved young man who is just completely dedicated to his craft.

Being a man of few words, Daniel was never going to win the war or words with his opponent on Saturday, the unbeaten Nathan Gorman, who put it on him a bit in the build up by revealing his take on the many rounds of sparring they shared as elite amateurs.

Nathan is a charismatic and charming individual who in no way went over the top with his pre-fight baiting, but Daniel took the verbals on the chin and kept it strictly business.

When he scored an emphatic fifth round victory over his heavyweight rival to claim the coveted British title, his first thought was for his opponent and he put celebrations on hold until he had offered consolation to Nathan and his team.

Daniel is a class act and his public profile will soar following his destruction of an opponent many people in boxing had tipped to win. Nothing will change him though and perhaps only his outward confidence will increase with maturity and experience.

Being a good winner is just as important in sport as being a good loser. Daniel’s reaction to his victory was as classy and dignified as the ecstatic cricketers or serial winner Djokovic and this is something the British public and beyond will warm to.

Inside the ring Daniel delivers the thrills and spills the punters demand from the heavyweights, he barely takes a backward step and is continually seeking the KO-blow.

He backs himself when serious leather is being traded and is happy to engage in a fire fight, although being so prepared to take a shot is probably something he needs to look at.

In my opinion – and that of numerous others – Daniel is the top young heavyweight in the world of boxing. That he, and Nathan, were so willing to put everything on the line at this early stage speaks volumes for both. And we will continue to work hard on the career progression of both of them.

Daniel would fight a world champion next if one was put in front of him, but it is our job to shorten the odds on him being successful when the time does come. We will keep stepping him up and get him the right fights so he can properly fulfil his potential and get the rewards that goes with it.

Not that he has had it easy up to now, he has just made it look that way and the British title he picked up on Saturday was actually the sixth championship belt he has won in his 12 professional fights to date.

He is really just getting started, but his progress demands that we continue to challenge him – and we will do. The next one comes in September so keep your eyes peeled for announcements.

I made no secret of the fact I would have preferred Saturday’s co-main event to wait a bit until we could have made it bigger business, but Daniel has made himself big business and he is now a star attraction in his own right.

Daniel wasn’t the only one to make a statement at the o2 Arena. In fact, our fighters probably delivered more of them than my local postman. 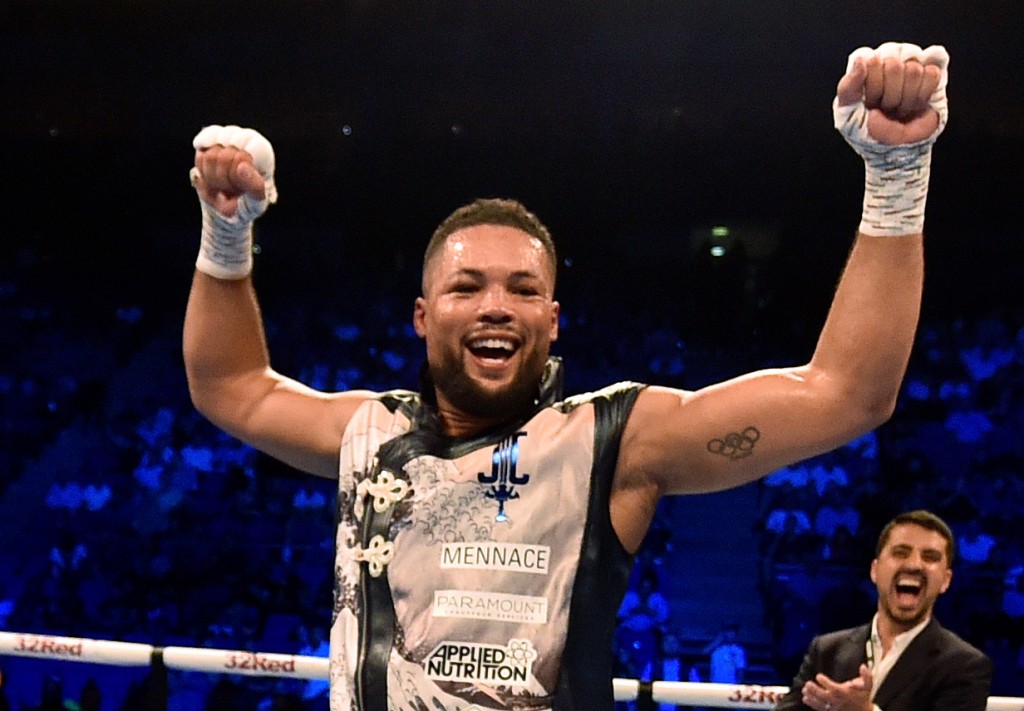 Joe Joyce is a man on a mission to reach the top in double-quick time and he overcame a real tricky customer in the hugely respected Bryant Jennings in just his 10th fight as a professional.

Daniel, Joe and Nathan, along with our recent additions Jonathan Palata and David Adeleye make it a really exciting time for us in the heavyweight division without, of course, forgetting the best of the lot in Tyson Fury.

Liam Williams, Archie Sharp and Sunny Edwards all showed why they will soon be knocking on the door of world title fights, while others such as Hamza Sheeraz and Willy Hutchinson demonstrated why they will be looking to move up the bill in their forthcoming fights.

It means we have got our work cut out negotiating the next steps for all these talented fighters, but I wouldn’t have it any other way because it means the shows and the fights will get bigger and better all the time. 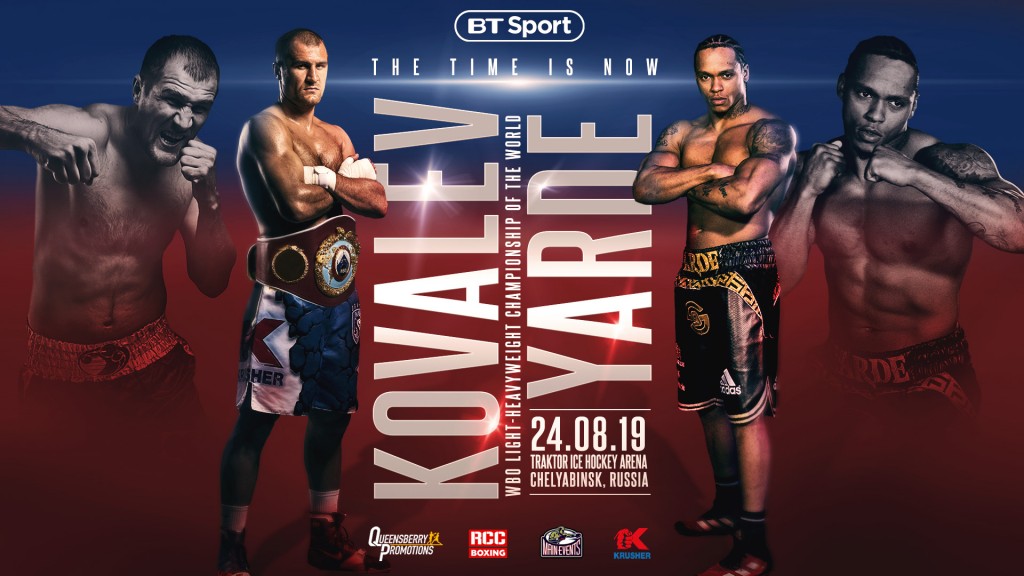 ANTHONY YARDE WILL be packing his gloves for Russia soon with the date for his WBO world light heavyweight title challenge against Sergey Kovalev now set for August 24.

The fact that Anthony so quickly and willingly accepted the mission tells you what you need to know about him and there is no doubt over the incredible self-belief he possesses.

Timing is everything in boxing and I believe we are making this move at the right time, although he will still be coming up against a formidable world champion in Krusher Kovalev.

For me the key will be speed and Anthony will really need to set a high tempo from the off to unsettle the champion and take him out of his rhythm.

Whatever happens, it is going to be a fantastic fight and one for the fans to look forward to.

ANTHONY’S MISSION TO Chelyabinsk, the home town of Kovalev, isn’t the only boxing BT Sport viewers can pop in their diaries for the usually dormant month of August.

On August 3 the cameras are heading to Belfast for Michael Conlan’s second homecoming fight – and a step up – against Diego Alberto Ruiz and it probably won’t be too long before the featherweight star is regularly mentioning the name of Josh Warrington while in media company. The show also features the British welterweight title showdown between Chris Jenkins and Paddy Gallagher.

A week later it is off to Philadelphia for the next chapter of Carl Frampton’s storied career, where he takes on Emmanuel Dominguez to ready himself for another world title tilt.

Then we’ve got Anthony in Russia before the fighting on the home front resumes in September.