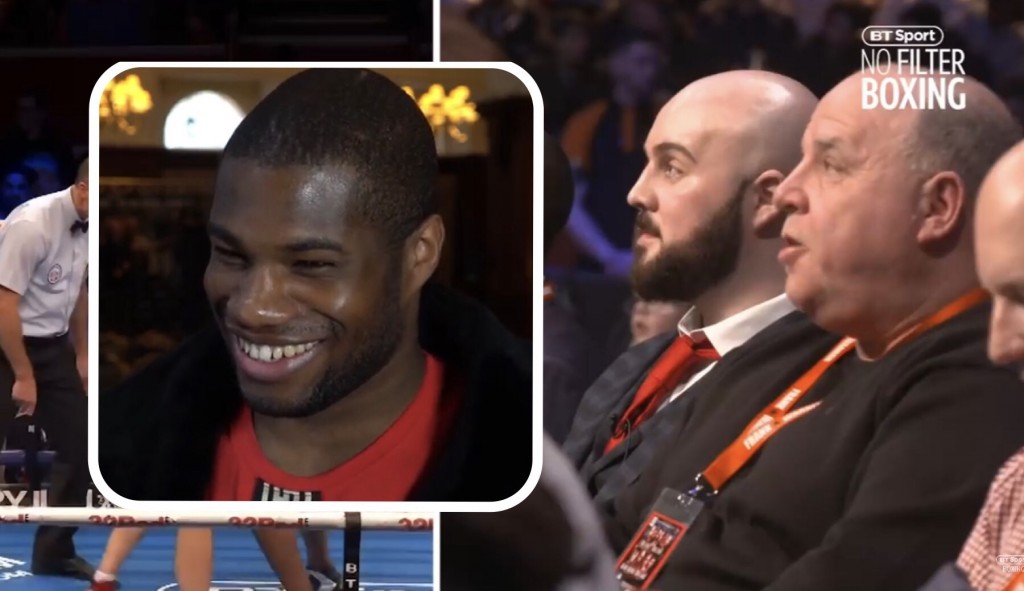 WHEN BT SPORT innovatively elected to wire up Nathan Gorman while he was on a scouting mission to assess the performance of his heavyweight rival Daniel Dubois at the Royal Albert Hall earlier this month, it probably wasn’t part of the strategy to have him sitting ringside right alongside the brother and sister of the young Londoner.

There was Gorman commentating on the pros and cons of Dubois’ destruction of his previous opponent Razvan Cojanu, while siblings Caroline and Prince were listening in intently, with the odd frosty stare thrown in for good measure.

Gorman was measured and typically articulate in his summing up of Dubois’s second round KO show, which is probably just as well given the company he was keeping in the adjacent seats.

The now 10-0 Dubois was unaware that he was being marked by a contemporary at the time and hasn’t, as of yet, been tempted to tune in to discover if he was favourably assessed or not.

“They told me about it afterwards!” said the 21-year-old with a chuckle. “It is what it is and we are all in together.

“I haven’t seen it myself but my dad told me about it. I have no need to see it, I know what I’ve got to do. I am just enjoying my training, enjoying my boxing and enjoying winning so I will just carry on doing that.”

The more reserved Dubois had no intention of returning the compliment and travelling up to Leicester to watch Gorman outpoint Kevin Johnson last Saturday.

“I don’t see the need to and will probably just watch his fights online or something. Right now I am focused on my date in April.”

Dubois makes a quick return to the ring at the SSE Arena, Wembley on April 27 when he takes on a dangerous mission against the 14-1 Ghanaian Richard Lartey.

Lartey has been the executor of 11 KOs across his professional career and, while Dubois accepts there are always perils when coming across a relatively unknown quantity, he backs his own ability to succeed in previously unchartered territory.

“There is always that possibility, but I know that my boxing skills and boxing brain is probably already superior,” he reasoned. “He will be a tough guy and anybody is capable of winning because until you knock them out they are always dangerous.

“I am approaching this fight the same as the others, but I am going to be a bit better this time than my last.

“This is what it is all about, I know what I have got to go in there and do on the night. It is all good for boxing, the interest and mystique around this guy and what is going to happen on the night is there, but I know what I’ve got to do.”