Darryll turns back the clock 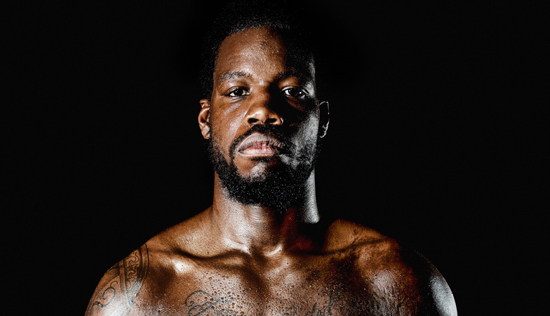 DARRYLL WILLIAMS appears to have found his mojo after going back to where his boxing love affair started.

The English super-middleweight champion dramatically retired from boxing last July after the second of his thrilling back-to-back wins against Jahmaine Smyle.

The South Londoner is returning after reuniting with David John, his ﬁrst ever boxing coach when Darryll was a teenager. It meant leaving Ricky Hatton’s camp in Manchester and moving to Swansea. He believes the switch will pay off when he returns on Saturday’s o2 Arena bill, that is being screened live on BT Sport.

Williams who has won all 16 ﬁghts said: “I will be winning in good fashion on Saturday. “It was a good time in my career when I retired though because people were talking about me, but things happened and I had to deal with issues.

“I am back now and with a new training team. I am in Swansea with my old trainer, David John and things are really starting to look up even though it is a long way from South London.

“I had been with Ricky Hatton in Manchester, but that was costing me a lot of money going back and forward. Luckily in Swansea I was able to get sponsorship.”

Williams, 28, had personal problems which pushed him towards his shock quit announcement and the exciting puncher was also vocal on social media.

He added: “I’ve had some issues and some of the stuff I put on social networks when I said I leaving boxing may have upset some people, but I apologise to my manager Mickey Helliet and promoter Frank Warren.

“I made a rash decision on impulse. I was very emotional at the time. I had just lost my grandmother who I was very close to.

“Things were very awkward for me at that time and I needed that space. Now it is time to cultivate, go further and not have time out of the ring.”

Williams has been linked with a ﬁght against conﬁdent new pro Umar Sadiq who has called him out even though he will be having only his third professional ﬁght on Saturday’s bill.

Darryll is refusing to rise to challenges or give a hit list, but added: “I just want to stay active in 2018 and keep ﬁghting.

“That is the only way I am going to get better and learn. Stay in the ring, stay ﬁghting and you can always correct your mistakes.

“People fancy it against me, but they haven’t come up against my character. That is what throws a lot of people off.”

Williams is back in action on a bill topped by Roberto Garcia’s WBC silver middleweight title defence against Martin Murray.