DAVIES NOW OUT TO LEATHER KAMANGA 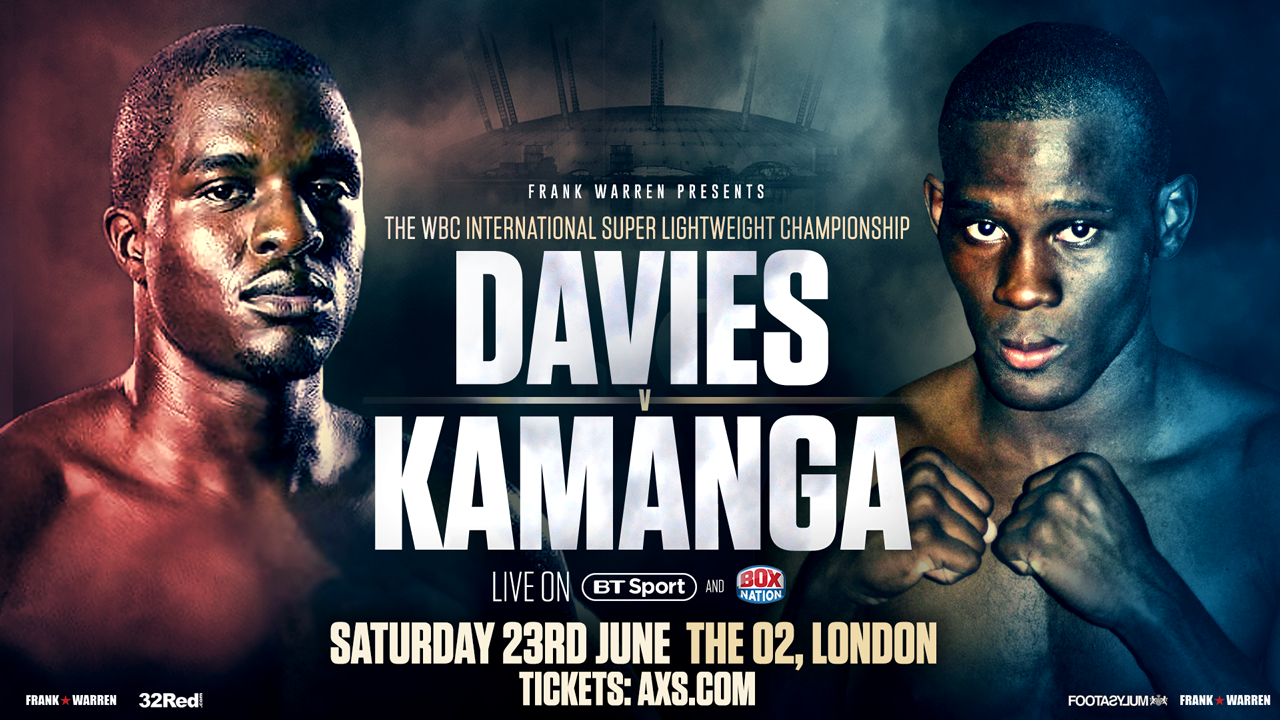 The controversial Londoner now faces the African after Josh Leather pulled out of their ﬁght claiming he was taking break from boxing.

Davies said: “I feel quiet gutted that Leather pulled out and said he was taking a break from boxing. “He did interviews saying what he was going to do and I wanted to see if he could ﬁght as well as he talks.

“He said a few things I wasn’t too happy with, but these things happen and hopefully he will decided he wants ﬁght again eventually and we can meet.”

Congolese Kamanga has won 21 of his 22 ﬁghts and conﬁdent of causing an upset, but Davies doesn’t intend on ﬁnding out too much about him before their BT Sport televised clash.

He added: “As always Frank Warren  delivers and has come with Paul Kamanga. I have only just heard the name and I am going to have a look. “Kamanga’s record is good and he looks a real test for a ﬁghter like myself who is all about winning world titles. “I will watch a bit of him, but I don’t think I need to because I am a smart ﬁghter in that ring.

“With the new team that I have, I can adjust to any circumstances. I am in such good shape that I don’t see anyone being a threat to me, right now.”

Davies could face the winner of the Belfast clash between Jack Catterall and Tyrone McKenna, but wants the bigger prize, WBO champion Maurice Hooker who shocked Terry Flanagan last weekend.

Ohara, 26, added: “Hooker is someone I want because he is a world champion. I think he would be easier to beat than Terry Flanagan. “I was ringside and Terry should have got the decision. I thought he won and I know what I saw. “Styles make ﬁghts and Terry would be tougher to beat than Hooker who will be easier.”

ALL SET FOR BATTLE OF THE JOES