If you didn’t know better, it would be easy to jump to the wrong conclusions upon meeting the latest punching protege to emerge from the production line schooled by the family firm now known as Tibbs Boxing.

Bright, well-spoken and cheery, Ben Smith possesses the studious characteristics of the boy next door preparing for the start of the September semester at university. But this particular boy just wants to fight and fight for real, having viewed the amateur game as simply a means to an end until such a time he can officially list his occupation as ‘professional boxer’. 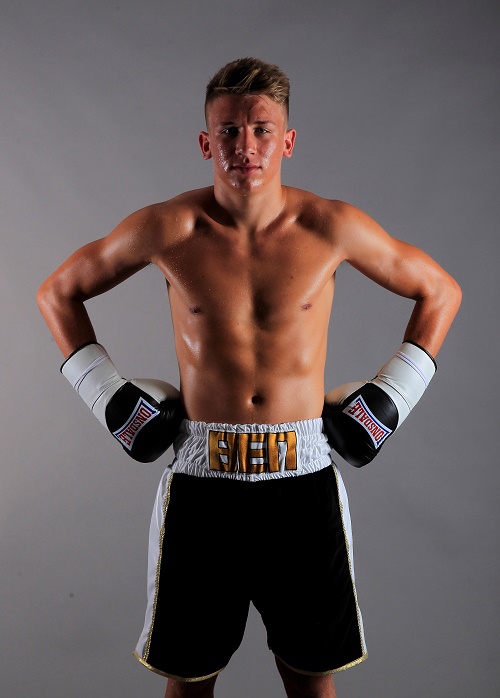 This point in time is now looming, with the 19-year-old from Wycombe set to make his pro debut in Harrow on October 30 on the potentially cracking card headlined by local banger Mitchell Smith.

It all began for the now 19-year-old from Wycombe at the age of 8 with a visit to a garage owned by a friend of his father, which was converted into a mini boxing gym. A bit of work on the pads and this kid was hooked – although probably not literally at such a tender age.

His fighting urges would have to be sated within the garage for a further two years until he was of an age to join his local boxing club, Marlow ABC, and his journey towards the pro ranks could begin. A year later he stepped it up to High Wycombe, where he was to spend most of his amateur career under the tutelage of coach John MacInnes.

“Suddenly I had one fight that I can remember, down in Portsmouth, where it just clicked. From there I won national titles, got to two finals and kept going up and up. I got into the GB assessment – although I was too young  at the time being 15 – and did really well there. They liked me there but I was growing. I was 50kg when they asked me to go and six weeks later when I went up I was 52kg. They said I was growing too much and couldn’t guarantee me a place as they didn’t know where I would end up.

“They kept me involved with the scene with England fights, so I got good experience.”

This defining contest came after making a connection with his now trainer Mark Tibbs, courtesy of his boxing-fanatic father Max, who provided sponsorship for Wycombe lightweight Mark McCullough. In 2010, Smith Snr accompanied McCullough to the TKO gym where he was sparring Kevin Mitchell ahead of his world title challenge against Michael Katsidis, which resulted in Mitchell becoming the beneficiary of a further sponsorship.

Mitchell was, at the time, trained by Jimmy Tibbs, affording young Smith the opportunity of some ringside mingling at the gym of the legendary trainer. With his amateur career in need of a kick-start, Smith Snr arranged for his son to have a taste of training like a pro with the younger Tibbs. And he hasn’t really looked back since.

“I then met Mark, my dad got me a private session because of his sponsorship of Kevin Mitchell. When he was with Jimmy I was always down at the TKO at the time and I got the bug to be with the pros. I loved it and in my mind, since I was ten years old, I just saw the pros at the big step. The amateurs, for me, was do what you can as the pros is where you want to go.

“It just went for me. He gave me the confidence and that was what I needed. I got on the pads with him – my dad recorded it –  and I was able to tell my mates that I did pads with Mark Tibbs. It was really, really good.

“I ticked over with Mark every now and again while doing my amateur stuff, just for a bit of confidence because it was working for me. It went on from there and I’ve ended up turning pro with Mark.

“Dad is a big boxing fan, really loves it, he has done so much for me in that sense. He has pushed me on and has always been there for me. When I’ve had a little slip he has been there, like when I was 50-50 and he got me with Mark for that boost.” 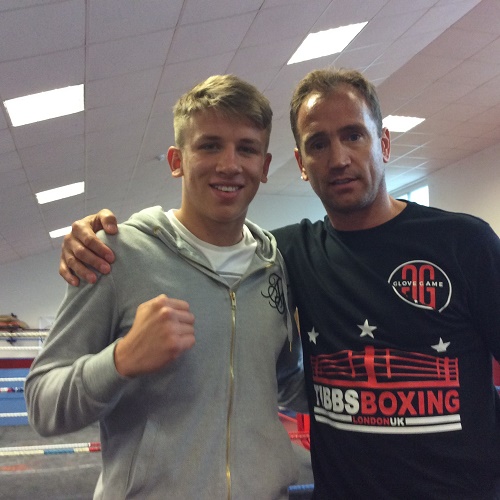 With his vested career on the up, the prospect of an extended stint in Sheffield with the GB Elite squad soon followed. Smith fully recognises the rewards and benefits of what is essentially a dedicated boarding school of boxing, but didn’t feel ready to commit to the full-time nature of the project.

“It is brilliant, but personally it wasn’t for me,” he conceded. I didn’t like being away from home, I needed my mum and dad around me and needed to be comfortable. Living with someone in a flat that I didn’t know didn’t feel right for me. The facilities and training up there was brilliant though.

“So I was in and out constantly. From 15 to 17 I was doing the assessments all the way through sparring with people like Jack Bateson, who was development at the time, and a boy called Muhammad Ali. We were the two who were in and out as 15-year-olds.

“We did really well and then nothing came for about six months before I got what is called a ‘development’, where you go up for a weekend every four weeks for sparring. It was brilliant, even though it wasn’t something I particularly looked forward to. I came back ten times a better boxer, but it just wasn’t for me.”

With no great ambitions on the amateur front, for Smith it was more about marking time until his coming of age when he could enter the sport professionally. Patience wasn’t one of his virtues and trainer Tibbs had to apply the shackles to dilute his desire to punch as a pro at the earliest opportunity.

“I pushed Mark to turn me over quicker,” he revealed. “As soon as I turned 18 I was like ‘I wanna go now’. I remember I had an England fight against Ireland in Ireland where I clearly won and the decision was horrible. I looked at the England coach and he just said ‘it happens’. Since then I just kept asking Mark if I could turn pro. He finally gave in to me.

“I wanted to start at 18 personally, but Mark slowed me down and said they needed to get me ready first, telling me I had to mature. I’ve been like ‘get me out, get me out’, but Mark has delayed me and it was the right thing to do.”

With his last amateur outing in May 2014, Smith’s first professional match will have been some 17 months in the making come the end of October when he ventures into the Harrow Leisure Centre, with gym-mates Tom Baker and Sam McNess also on the bill.

“You know what, since I turned 19, I’ve been like ‘I need a date, I want a date’, but before that no. I knew what Mark was doing with me because he told me and was very honest with me. He said I wasn’t ready yet, wasn’t mature enough and needed to mature a bit more. I’m sure Mark thinks I’m ready now and 100 per cent confident I will go out and do the job.

“Man-strength was all I needed. I do have the ability to do well, I just needed the strength and the good management that I’ve got here.

“I am gagging to get in that ring now.”

The best-laid holiday plans of Smith’s girlfriend Georgia were ko’d by a Tibbs text while sunbathing by the pool revealing that a first fight was in the pipeline.  Relaxation and romance were cast aside for runs and an impromptu spot of poolside shadow boxing.

“I was on holiday in Portugal and I got a text from Mark saying there was a show that I wasn’t definitely on with Mitchell Smith in Harrow. Harrow is not too far from Wycombe, we were a bit worried about being at the York Hall on a Friday night trying to get everyone over from Wycombe.

“He said it was not definite, but if the show was on I was on it. I started thinking ‘it’s here, it’s here’ and was going for runs on holiday. I was told to relax but I thought I’ve got to train hard for this. When I found out that day I remember running to my girlfriend by the pool and was so excited that I got up and started shadow boxing – it looked a bit mental! I was so excited to finally get a date.”

Ben, however – who will campaign at lightweight – is dreaming of ringwalking into grander venues than his Harrow entry into the pros, perhaps even MGM Grand-er.

“Since I went into a boxing club my dad has said I can’t wait to follow you to Las Vegas Ben. That’s the goal, Las Vegas fighting for a world title and I can’t wait for that day.”

Tibbs might just have to keep those shackles handy for the time being.