Gifted Irish super-feather Declan ‘Pretty Boy’ Geraghty might be based at the MGM gym in Marbella, Spain but he’s a Dublin man to the core.

Boxing writer Glynn Evans could think of no one better to discuss the Irish fight scene ahead of Saturday’s mega promotion at the National Stadium than the 25 year old southpaw who clearly swallowed the Blarney Stone. 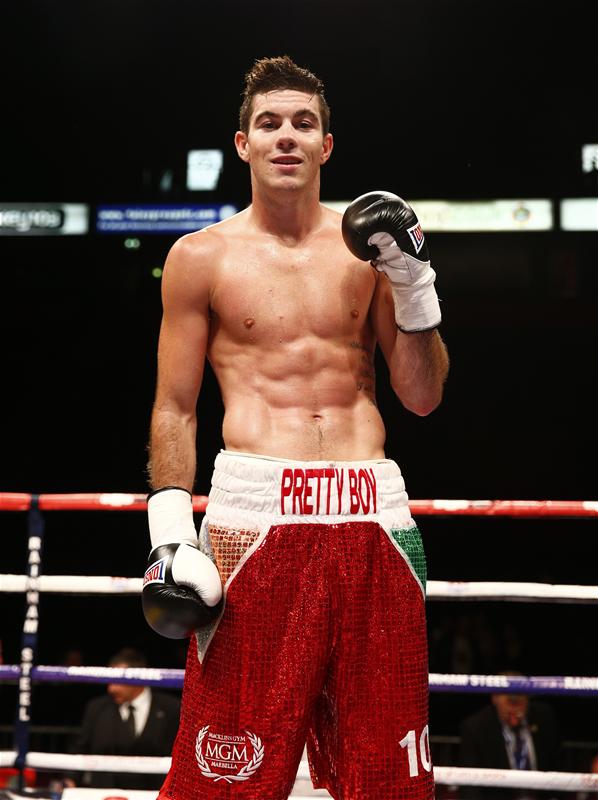 What are your memories of growing up in the Irish capital?

I was raised in a very rough suburb in the East End. There was little to do other than get in trouble; take drugs or fist fight on the streets. I never touched the drugs but, even though I was very small as a nipper, I could always scrap. I took up the boxing because that way, if people wanted to get smart with ya, you could handle yourself. Unfortunately lots of my childhood friends are now locked away for either drugs or robbin’.

I’ve been around it since I was a baby because my father Declan Snr coached at the Dublin Docklands club. Starting at the age of about 11, I had nearly 300 amateur contests, often fighting twice in one night. That’s how the amateur game is in Dublin.

I won every All-Ireland title – a dozen in total – and only lost to four or five Irishmen in my whole life. I must have at least 50 international vests and I boxed at most of the big tournaments bar the Olympics. I went to the European Juniors and Seniors – both in Russia – plus the World Seniors in Milan. I also fought at the pre-Olympic tournament in London.

The best kid I fought was the American Rau’shee Warren who was reigning world champion when he outpointed me at The Stadium in 2009.

Growing up, which Irish fighters inspired you?

Steve Collins was a big star around my dad’s time but Bernard Dunne was always the main one for me. I always wanted to be him. My father took me to several of his big fights at The Stadium and The Point and it was always packed. He single handedly rejuvenated professional boxing in Dublin.

How would you assess the state of Irish boxing, presently?

Let’s be honest, apart from rugby, boxing is the only major sport that Ireland is any good at. But historically, the trouble with Dublin and the South of Ireland is that there were no promoters and no financial backing.

Previously, our top amateurs stayed amateur or turned pro in the US or on the (UK) mainland. Initially, I was at the Wild Card Gym in LA, coached by Freddie Roach and his assistant Marvin, and sparring the likes of Zou Shiming and Ray Beltran. I was in talks with Top Rank but got cold feet. I had a girlfriend at home and didn’t want to move that far away.

However, things are gradually starting to change. Now the fabulous amateurs we produce are having an opportunity to train and perform in Ireland. Packie Collins’ Celtic Warriors pro gym in Dublin city centre is thriving and the MGM here in Marbella has big Irish connections and is taking on a lot of Irish lads.

Our current crop of amateurs is doing brilliantly, picking up medals at all the major meets. I guarantee you’ll see a few more Irish professional world champions developed over the next five years. 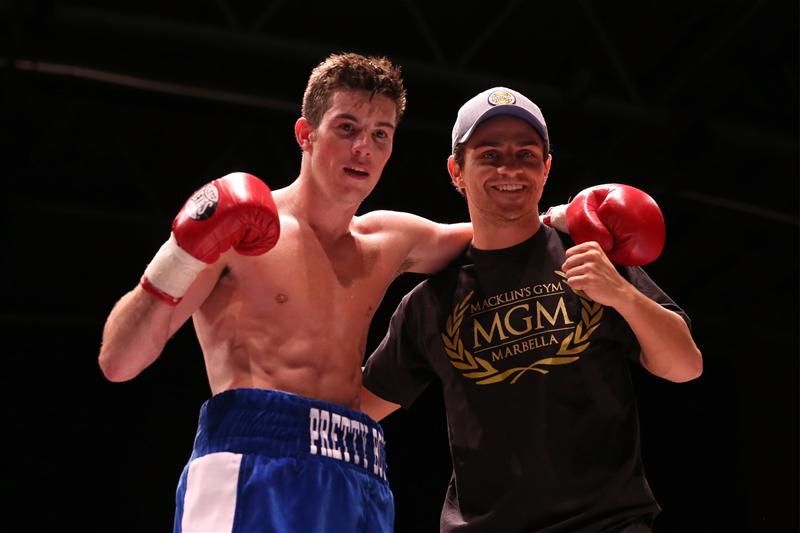 So why base yourself in Spain?

You have to see the set-up here. It’s unbelievable. There’s a very positive vibe, everyone is focused and pushing in the right direction. I’ve got a great routine.

Bizarrely, despite all the bars and clubs here, there’s far more distractions in Dublin. Besides, I’m far too tired to party.

The sole blemish on your eight fight pro slate came when you were red carded – whilst well ahead – in the fourth and final round of a civil war with fellow Dublin southpaw Jono Carroll at the city’s 3Arena last November. Come on, let’s hear it!

It’s all part of my learning curve. We really went to war and it was later voted Irish Fight of the Year. Proper feisty. In round three, Jono deliberately gave me a back handed elbow which riled me and he was repeatedly hitting the back of my head.

In round four, I clipped him with a right hook which buckled his legs. As I tried to finish him off, he grabbed me and my head accidently went in as I tried to force him off. I swear it wasn’t deliberate, a very bad call. I’d won every round.

We’ve called for a rematch but they won’t have it. Trust me, I know how to deal with him.

Tomorrow you make your pro bow at The National Stadium, home for so many of your amateur triumphs. Why will that be special?

The Stadium was purpose built for boxing. The All-Ireland championships were always held there plus most of our home internationals so, for me personally, it was a second home.  The hall was always ram packed for the national seniors and the crowd were right on top of you, creating a brilliant atmosphere. I’ve sold an awful lot of tickets.

What can BoxNation viewers look forward to seeing from you on Saturday night?

They’ll see a skilful cocky Irish lad doing the business. I always leave everything in the ring and provide value-for-money. A win is a must, everything else is a bonus.

I proved recently I can make super-feather but this kid is coming down from light-welter so, with the added weight, he’s going to be very hard to shift and I’ll need to keep my discipline. But that’s good. After training so hard for weeks, you want to display your moves, put on a show. The last thing you want is some bum falling on the floor after 30 seconds.

Finally, what are your immediate goals?

From here to this time next year, I’ve set myself a goal of winning two titles; Irish, Celtic, Inter-Continental, possibly even European.

I’m a very confident person. Ability wise, I’m already as good as anyone. It’s just a matter of gaining experience and racking up the rounds. I strongly believe I’ve got what it takes to go all the way to the very top. 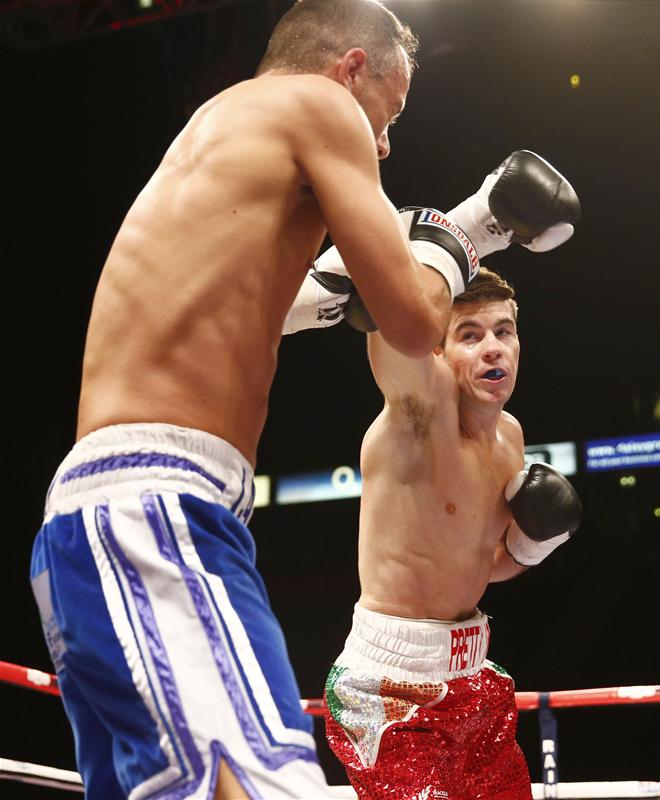