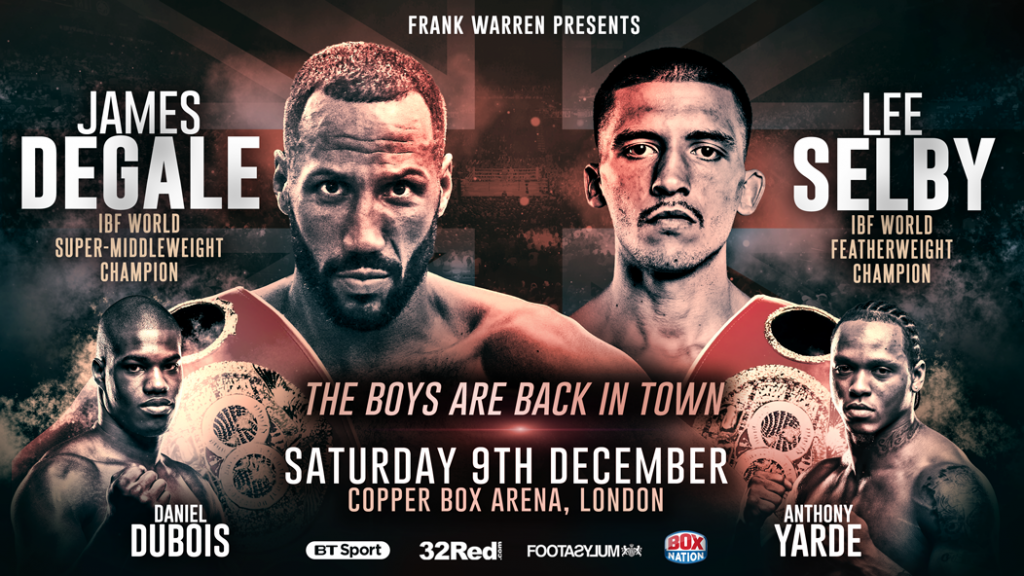 Promoter Frank Warren said: “I am delighted James and Lee are showcasing their talents on our last big show in London this year. I expect it to be a special night for James, defending his World Title in his home city for the first time. Selby is a class operator and should he come through this fight, we will be looking to make the long-awaited fight with Josh in 2018. Rising stars Anthony Yarde and Daniel Dubois will also feature on this unmissable card and I know fans will be in for a real treat.”

DeGale and Selby will face the media at a press conference in London on Monday 30th October – further details will be announced shortly.

Media Accreditation: Please do not email about media accreditation for the show. An announcement will be made in due course.