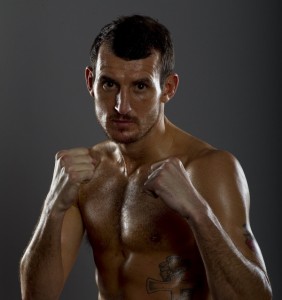 Mathews’ showdown with Luis, the current WBC Continental Americas Champion and WBA #9 ranked, comes after his original opponent Richar Abril twice pulled out of their scheduled WBA World Title clash and was stripped of the title. Venezuelan puncher Barroso was then installed as his opponent for the Vacant Interim World Title, however it emerged today that the Venezuelan knockout artist was himself KO’d by red tape after a visa was not granted to come to the UK.
However popular Merseysider Mathews will still get his chance to contest a World Title this weekend after Luis volunteered to step in following through the night negotiations to secure his signature with the help of his US promoters Greg Cohen Promotions.
The smooth operating Canadian, Luis brings a 19-2 record and was already scheduled to defend his WBC Continental Lightweight belt title this weekend in Minnesota before he received a call giving him a crack at a version of the World Title in England.
Mathews said: “It’s obviously not ideal preparing for three different opponents in one camp, but regardless I will still be capturing a version of the World Title this weekend and in my home city and making my life dream come true, I’ve prepared for three different styles so anything he brings shouldn’t be too much of a surprise,”
“Luis is a decent operator and was already in camp but I thank him on taking up this opportunity and keeping my dream alive.”
Tickets are available from the Liverpool Echo Arena Box Office on 0844 8000 400 or echoarena.com and Eventim on 0844 249 1000 or eventim.co.uk
BoxNation will televise live and exclusive on Sky 437/HD 490, Virgin 546 and Talk Talk 525. Subscribe at www.boxnation.com Or watch online at Livesport.tv and via iPhone, iPad or Android