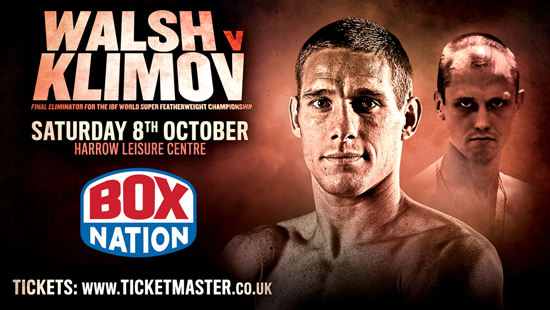 Liam Walsh used to have the word ‘Destiny’ embroidered on the waist of his fight shorts. I’ve always predicted he is destined for big things, but there have been a good few unfortunate twists and turns along the way.

So sold on this talented now 30-year-old was I, that I was completely confident of stepping him up to face the then world lightweight champion Ricky Burns back in December 2012 – when he only had 12 pro fights on the clock.

Sadly, a harrowing car crash knocked him off the fast track to world honours.

A troublesome hand has since left him a little hamstrung in his efforts to build up momentum, with surgery to rectify the issue ruling him out of a final eliminator at lightweight against Petr Petrov nearly a year ago.

British and Commonwealth titles were won inbetween times, but I’ve always felt Liam belongs on the world stage and opportunity is about to knock for him again.

In Harrow tonight, Liam will fight in a final eliminator for a shot at the IBF world super featherweight title against Andrey Klimov, live and exclusive on BoxNation.

This is no routine qualifier that Liam can expect to breeze through because Klimov is one tough customer, whose only defeats have come on points to the IBF champion Jose Pedraza, last time out and before that against a certain Terence Crawford in October 2013.

It is a tough, tough fight for Liam as Klimov is very rugged and extremely highly regarded in the game.

He will have his work cut out, but I believe Liam has got what it takes.

My only slight concern is the fact that his injuries have prevented him fighting regularly, but I know that he will enter the ring in tip-top condition and fully prepared for the challenge standing in front of him.

His trainer Graham Everett does a fantastic job with him and his brother Ryan at their gym in Norwich and I know both brothers leave no stone unturned at their training base in Tenerife.

They are a fine fighting family who are 100 per cent dedicated to their chosen profession and I sincerely hope they reap their rewards over the next couple of weeks, with Ryan fighting for the vacant European title on October 15, which you can also see live on BoxNation.

I know Liam has expressed a strong preference to fight Pedraza – should he come through his Klimov examination unscathed – and that is because he is a fighter who wants to fight the best out there.

Pedraza has been making noises about moving up in weight so we will have to see how that plays out, but whatever happens, victory on Saturday will guarantee Liam a crack at the IBF title and put him in a really good position.

If he wins the world title he can then take on all-comers.

There is a terrific line-up on the undercard at the Harrow Leisure Centre, with many of our top prospects from the south east featuring on the bill. 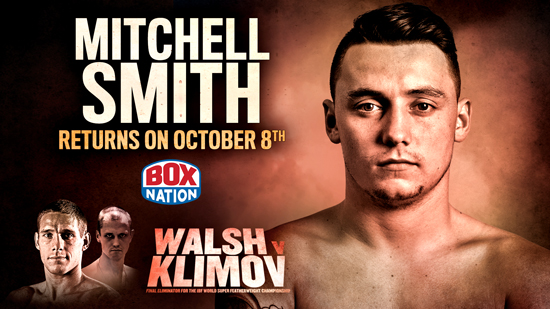 Local boy Mitchell Smith sets off on the comeback trail after his shock defeat to George Jupp in Manchester last year, with Jupp also in action.

Mitchell’s younger brother Jez, 7-0, is taking a big step up on the night by fighting fellow unbeaten hopeful Macaulay McGowan, 10-0.

That will be a fascinating little scrap and it is pleasing that two young fighters have a genuine desire to test themselves.

It is also what fight fans want to see.

Watch the live action from Harrow on BoxNation from 7pm