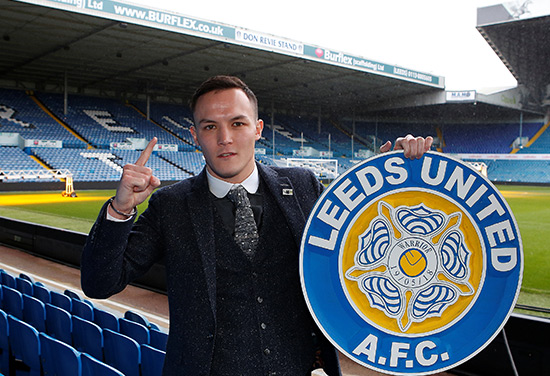 No doubt Josh Warrington is tactically astute enough not to ignore one of boxing’s oldest adages in his potentiality scintillating scrap with Carl Frampton in defence of his freshly – acquired IBF world featherweight title in Manchester on 22 December: Don’t forget to duck!

One of the greatest upsets in the history of the British nine-stone division occurred in Josh’s home-town of Leeds over half a century ago, and it it is a lesson the Yorksire idol should absorb.

Arguably the most famous – or infamous – episode in Leeds boxing came on the night of May 11, 1962 when the sublime Welsh featherweight Howard Winstone, the finest and most popular fighter in the land at the time, had his unbeaten 34-fight streak ended by a stunning second-round defeat against American journeyman Leroy Jeffrey.

He was caught cold by a left hook, floored twice in the second round and stopped. It was one of the biggest shocks ever in British boxing.

I was there at the Queens Hall when the late Winstone, whose dazzling left hand had made boxing into an art form, was consoled by the legendary Sugar Ray Robinson, who had boxed an exhibition that same night. “A great fellow, really sympathetic,” Winstone recalled later,. “Told me I’d get over it and not to worry.”

As for Jeffrey, he had one more fight – losing to another Yorkshireman, Billy Calvert, of Sheffield, nicknamed ‘Cowboy’ because if his bow-legged stance, before disappearing into obscurity.

Warrington, who , I make a marginal favourite to overcome the superbly gifted Ulsterman Fampton in what could be the best domestic duel for many a year, must bear this in mind and make sure that, unlike the hapless Winstone, he doesn’t take his eye off the punchball!

Warrington, together with Olympic champion Nicola Adams, has brought long-awaited fistic glory to Leeds, a city that, unlike London, Manchester, Liverpool, Glasgow and Belfast – has never claimed to be a sizzling hotbed of big-time boxing.

But that has now changed with the advent of two immensely popular home-brewed products who have helped their native city to join the fistic elite.

With burgeoning talent in and around the area now being corralled by Frank Warren and his Queensberry team and beamed into homes by BT, Leeds, one of the nation’s most vibrant sporting breeding grounds, has now found a place of distinction on Britain’s boxing map. .

Apart from Josh and Nicola, other boxing luminaries who were bred in Leeds are the most athletic of referees, Mickey Vann, once a circus artiste, Henry Thornton, Crawford Ashley, Tom Collins, Alan Richardson and Carl Johnneson, who defeated Ricky Burns at the Town Hall in 2007 to retain his British super-featherweight title.

Before the Warrington, as articulate with his words as well as his fists, came along its most illustrious fighting son was arguably Henry Wharton. 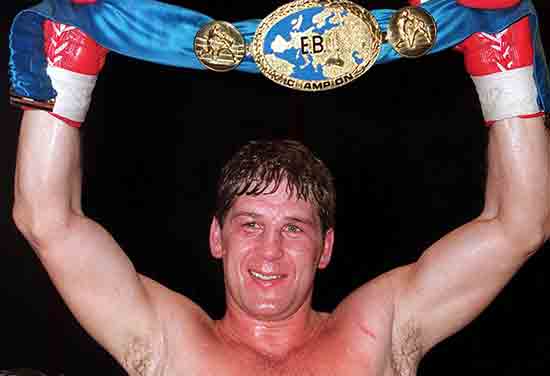 Blond, handsome and rugged, the Leeds born Traveller had the misfortune to operate in a golden era of British super-middleweight talent.

Though shy and unassuming beyond the ropes, his home-based slugging brought 20 quick wins in 31 pro fights and like current contemporaries Tyson Fury and Billy Joe Saunders, made him hugely popular with fellow Travellers.

But while Hammering Henry was good enough to win Commonwealth, British and European 12 stone titles – beating the likes of Fidel Castro Smith, Mauro Galvano and Vincinzo Nardiello en route – he wasn’t quite good enough to overcome Nigel Benn, Chris Eubank or Robin Reid, who all beat him on points in world title spats during the mid 90s.

The first recorded boxing in Leeds, or bare-knuckle fighting as it was then, can be traced back to the 1830s with local prizefighter Bill Riley regularly pocketing for purses of up to £50.

During the early 1890’s regular boxing shows were held at a stable in the Briggate part of the city centre, then before the turn of the century boxing fans saw regular shows at the Leeds County Athletic club in Harrison Street and during 1903 the Jewish Athletic Club based in Sheepscar Street began hosting events.

The 1960s saw many great boxing nights at the Town Hall when the Leeds Jewish Sportsmen’s Committee held their Annual Charity Tournament there.

The 1980s and 90s were boom times for the boxing fans of Leeds with its only ever world title fight taking place in May 1991 at the Town Hall when Tom Collins lost to Leonzer Barber for the WBO Light-Heavyweight title. Despite this defeat Tom went on to create his place in the boxing history of Leeds after winning the British Light-Heavyweight title on three occasions.

As Collins’ career ended it was the turn of Wharton and Ashley to keep the Leeds flag flying as both won British, Commonwealth and European titles, Wharton at super-middleweight and Ashley at light-heavyweight.

So unbeaten warrior Warrington will be steeped in Red Rose tradition when he steps into the Manchester Arena ring against Frampton, a classic confrontation between two genuinely exciting, nimble and highly-skilled athletes that I find immensely more worthy and watchable as a Box Office attraction than two grizzled, shopworn heavyweights lumbering around elsewhere. 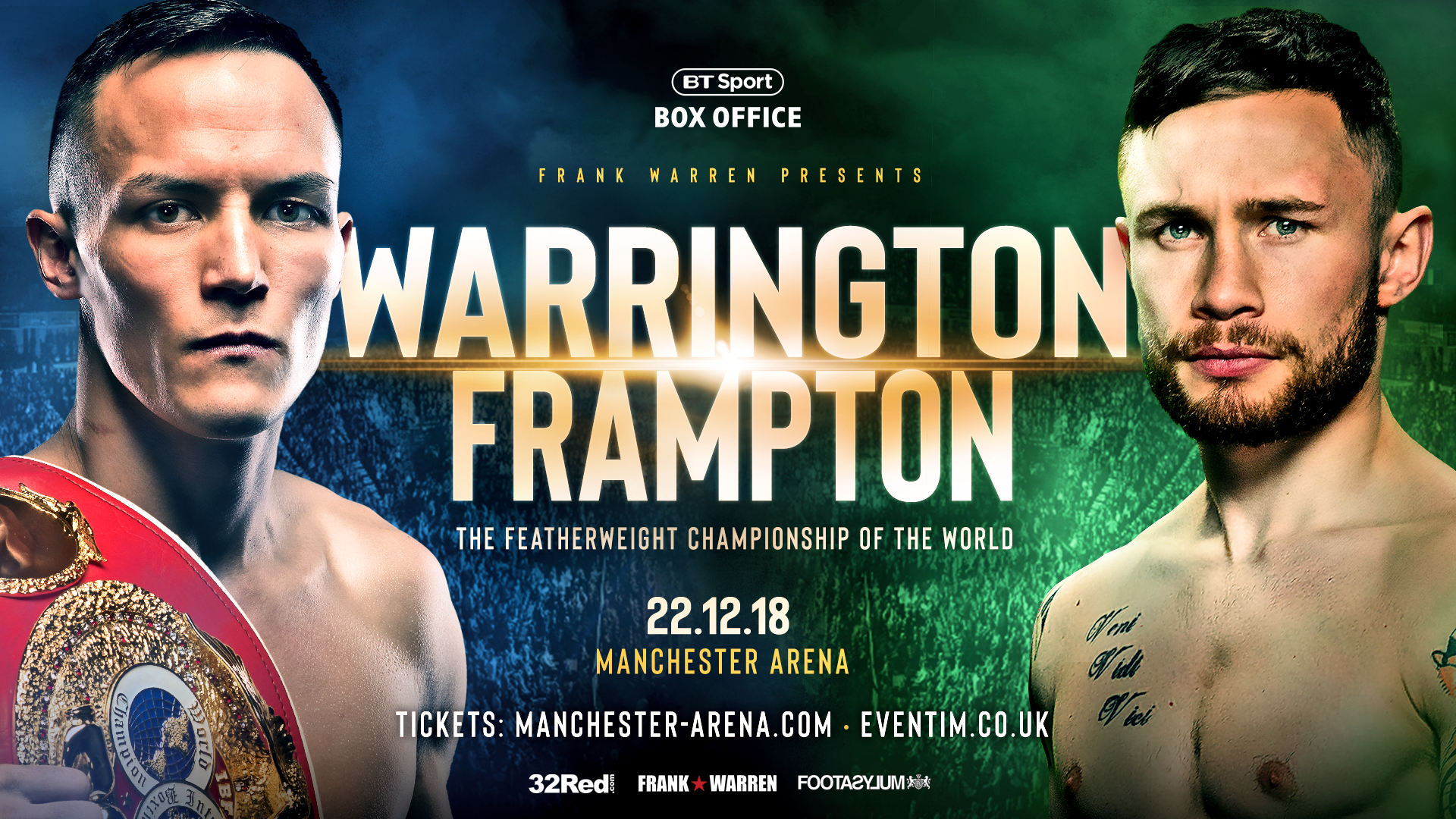