Dr Steelhammer bows out – and is it also the end for Dr Wu? 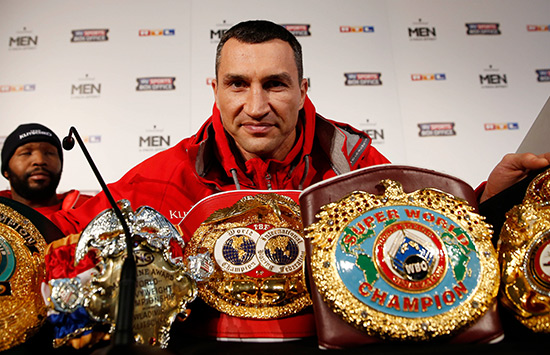 The former world heavyweight champion Wladimir Klitschko has made a sensible decision in opting to retire rather than face Anthony Joshua in a return bout. He doesn’t need the money – or the pain.
In going out honourably on his shield at 41 Klitschko has demonstrated the wisdom of a noble artist.
He and big brother Vitali brought dignity, erudition and craftsmanship to boxing, dominating their division for over a decade.
Indeed, Wladimir’s longevity as a world heavyweight champion is second only to that of Joe Louis and his record has secured his place in the annals of the sport as one of the supreme heavyweight czars of all time.
I have always liked and admired the multi-lingual, multi-belted Ukrainian.
Media-friendly, always charming and possessing a crisp right hand wallop his late trainer Emanuel Steward maintained was among most destructive boxing has ever witnessed.
The cerebral Dr Steelhammer was not every fan’s cup of tea. He had   tactical flaws which Tyson Fury brilliantly exposed. Many would also say he possessed a suspect chin which cost him four of his five defeats, and he may have been a bit robotic, a product of the old Eastern bloc style of back foot boxing, but I always found him compelling to watch and a delight to interview. 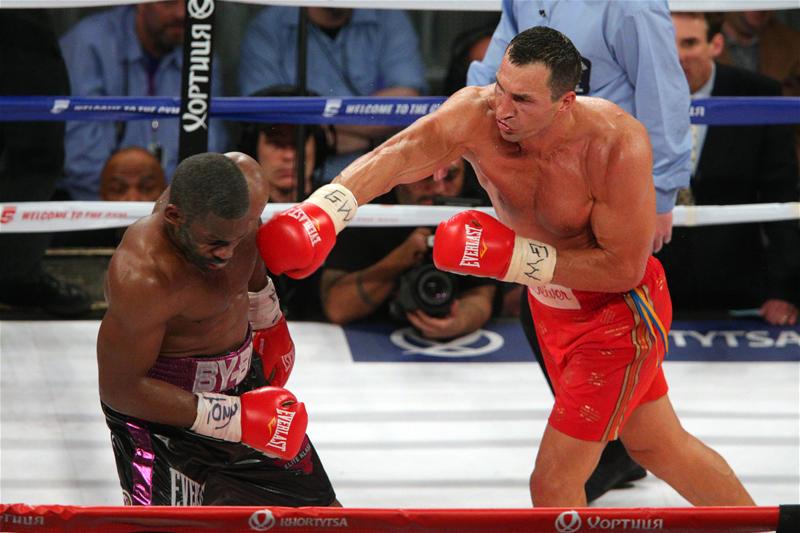 Since turning pro after winning a gold medal in the 2006 Olympics in Atlanta his ring record of 64 wins in 69 bouts, 54 by ko, and participation in 29 world title fights is unique. He also holds the record of having defeated the most boxers with an undefeated record, at 12, and has also defeated ten current or former world champions throughout his career.
Klitschko says he has big plans for the future but I hope he is not lost to the sport.
If boxing was ever to have a unifying global commissioner then Wladimir Klitschko would be my immediate nomination.
It certainly would not be Dr C K Wu, who continues to have unachievable dreams that direction.
Is there a sport which hasn’t been immersed in sleaze, scandal or skulduggery?
From football to snooker via the Olympics, athletics, cycling, cricket and tennis, the major authorities who run sport – and a few minor ones – have been, over the years, deeply embroiled in the less savoury aspects of the games we play and watch, from corruption to cheating.

Now it is the turn of Dr Wu’s AIBA, also known as the International Boxing Association, to be drawn deeply into this unseemly quagmire.

The fistic fiefdom of the imperious Dr Wu Chung-kuo is up to its neck in a financial mess of its own making.

It has been forced to address claims of such financial mismanagement that AIBA risks bankruptcy having been drawn into a civil war over demands it immediately pays back millions of pounds in loans and investments it does not have.

The revelation comes amid an increasingly bitter power struggle inside AIBA which has led to the resignations of its treasurer and finance director following claims they were sidelined by president Wu.

An “Interim Management Committee” was set up last week after 13 out of 15 members of AIBA’s Executive Committee proclaimed a vote of no confidence against WU during.

Last month Terry Smith, the Welsh AIBA executive committee member who had written to president Wu and other senior members of AIBA to demand answers to some of the concerns raised, was arbitrarily axed.

Smith immediately took AIBA to a Swiss court and was able to overturn the decision.

It was not the first time Dr Wu’s authority had been challenged by a Brit, or that a disturbing controversy had flared on his watch.

In 2011 Paul King, a former CEO of England ABA and an AIBA Council member, incurred the wrath of the world governing body by mounting an unsuccessful campaign to challenge Dr Wu for the Presidency of world boxing and attempting to postpone the AIBA congress.

King was suspended for two years but had this ban lifted on appeal the Court for Arbitration in Sport.

Then there was the controversy at the Rio Olympics last year when AIBA sent home six judges and referees amid The Irish boxer Michael Conlan railed against AIBA on live television declaring: “They’re f****** cheats.

“They’re known for being cheats. Amateur boxing stinks from the core right to the top.”

There is certainly much to admire in what Dr Wu he has done for what used to be ‘amateur’ boxing, And whatever the architect of World Series Boxing, APB and the introduction of female boxers and professionals – of sorts – into the Olympics may be accused of, lack of ambition is not on that agenda.

But has the 70-year-Taiwanese-born, English-educated construction mogul who has run AIBA for 11 years now overreached himself in his relentless quest to become the overlord of boxing in all its forms?

Has he taken his eye off the punchball in pursuit of that impossible dream of global domination instead of keeping AIBA’s financial house in order?

A man of charm and intelligence, while he may have power and influence within his own realm he lacks the street smartness of those who orchestrate the recognised professional side of the game.

Meantime AIBA obviously has a bitter internal fight on its hands, with its resilient champion on the ropes, just as Klitschko was against Fury and Joshua. Maybe, like Wlad, the one-time Impaler, it is time to call it a day.