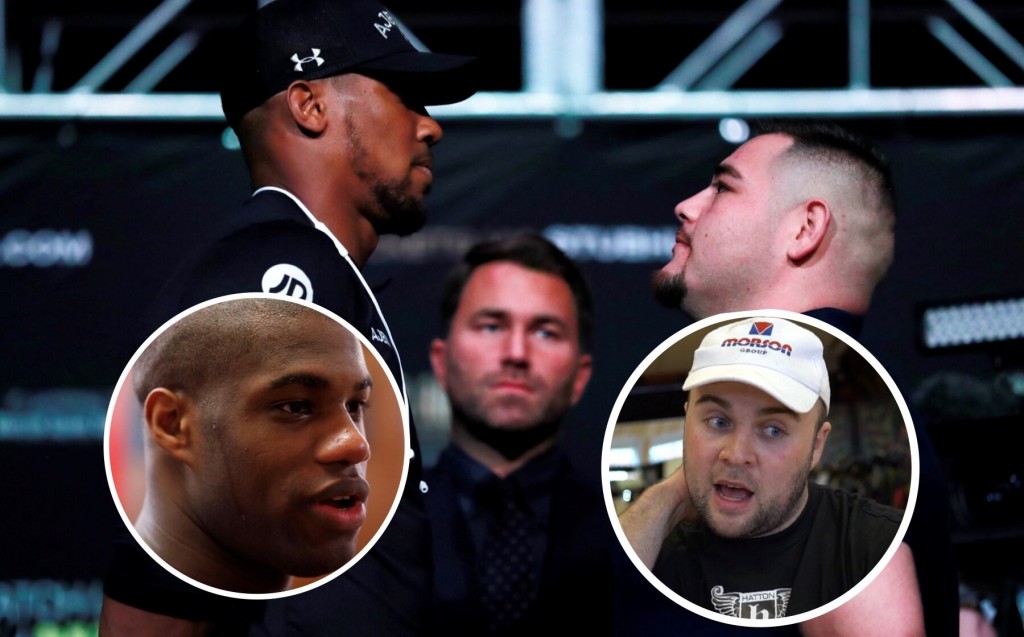 BITTER rivals Daniel Dubois and Nathan Gorman are finally in agreement…..both insist that Andy Ruiz has the tools to give Anthony Joshua a hard night.

Roly-poly Ruiz challenges Joshua for his IBF, WBA and WBO heavyweight titles this weekend, with many writing him off.

But peace broke out when the pair gave verdicts on the big fight at Madison Square Garden.

Gorman who has been branded “slobby” by Dubois says: “Ruiz is a typical Mexican. He gets in close, roughs you up, throws body shots, hooks and is very fast-handed.

“I like the way he and Joshua fight. In my opinion it is a much better fight than Joshua against Jarrell Miller, miles better.”

Dubois also believes Ruiz isn’t to be underestimated when he meets Joshua in New York on Saturday night.

“I think it’ll be a good fight. I think Ruiz will give all he has got. He has nothing to lose,” said the rapidly emerging knockout artist.

“Joshua is the defending champion and it’ll be good while it lasts. May the best man win.”

Whoever wins the brilliant Dubois v Gorman match which is live on BT Sport will be closing in on the world’s best, while the loser faces a rebuild job.

“My main concentration is Daniel, but in the next 12 to 18 months I can get there,” added Gorman who admits it is hard not to think of becoming world champion.

“Being a British heavyweight champion these days you are virtually on that world door, aren’t you?

“Britain has the best heavyweights in the world so it is the perfect era to be the British heavyweight champion.”