DUBOIS: “I NEVER FEEL BAD WHEN OPPONENTS ARE LAID OUT AT MY FEET!” 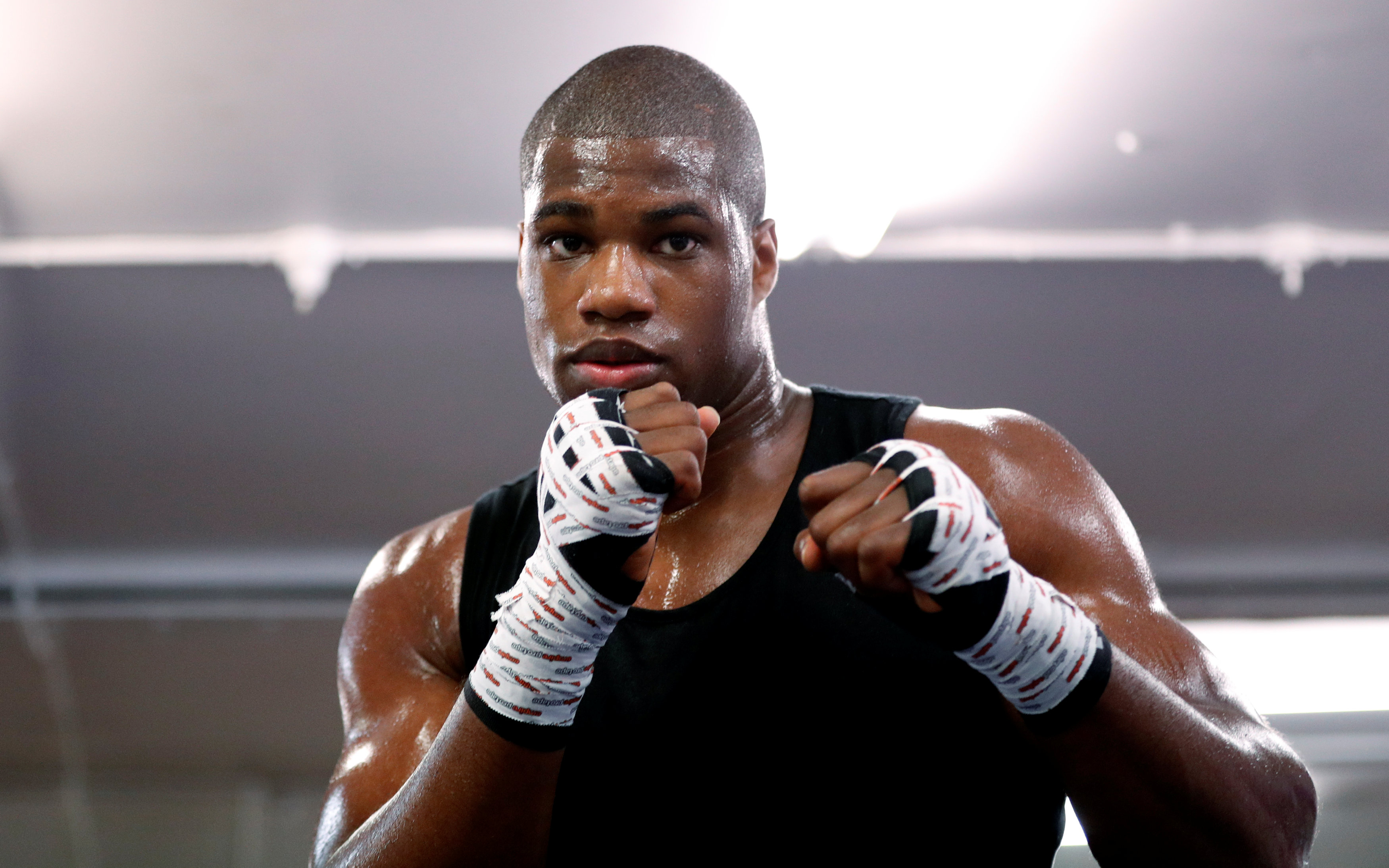 Since debuting in April, the 6ft 5in, 17 stone tower of power has flattened all paid victims inside five minutes.

“As a youngster, I was always very tall and lean compared to my peers. I was into sports from a very young age – always individual sports like boxing, athletics and swimming, never team games – and all that training helped to keep me calm and disciplined.

Every day it was straight from school to the gym. I was a full-time athlete very young, never had time for mischief. I loved the benefits that all the training brought. I was always very strong among my age group.

Despite my size, I never encountered bullying from older boys. I always kept myself to myself.

Growing up, I had very few physical altercations outside of the boxing ring. Nothing in life really makes me lose my temper. I seldom get irritated or agitated. That’s just the way I was born.

As a boxer, I always strive to stay fully focussed on the job at hand but, if I read something uncomplimentary in the media or hear something negative from an opponent, then I store it till fight night. That’s when I inflict my retribution. Talk is cheap.

To be fair, I’ve not really encountered much hostility to date but I’m sure it’ll come as I move up the levels. I embrace the threat of being challenged. It’s a fight, all part of the game.

I’ll start to get my ‘fight head’ on from the moment I’m given a date. From that, I’ll get to work, week by week, preparing for battle. It’s all the hard work in the gym that instils real confidence, not shouting and hollering at press conferences or staring at opponents at the weigh-in or face-off.  That won’t faze me. I pay no attention to that.

In the changing room on fight night I’ll finally start to get some butterflies about an hour beforehand but that’s a good thing. I never feel threatened by the job in hand and just prepare me mind to do what I have to do.

Punching hard, causing the destruction I do, is a combination of brute strength, technique and a clinical mindset. I do weights to increase my power and refine the technique through repetition every day on the bags, pads and spars. Sparring is my main thing.

I never worry about what damage I could inflict because I know the opponent will have trained hard to hurt me. People talk about me needing to get some rounds in but I do plenty in sparring. That’s not a concern for me. I take them out as soon as I can. I never feel bad when they’re laid out at my feet.

Dorian Darch is a good test for sure – some say my toughest – but we’ll see. I’ve worked very hard to finish the year with another knockout victory. I’m more than ready!”

Remaining tickets for The Boys Are Back In Town are available via See Tickets, Eventim and Ticketmaster: