DUBOIS: I WOULD HAVE TO HALT THE JUGGERNAUT 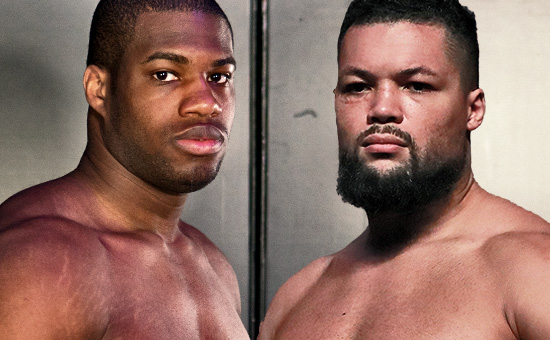 DANIEL DUBOIS SUSPECTS he would require one of his trademark KOs in order to secure victory over potential British title opponent Joe Joyce.

Dubois and the Olympic silver medallist have been mandated by the board to battle for the British heavyweight title, once the 21-year-old has hopefully attended to business against Richard Lartey at the SSE Arena, Wembley on April 27.

The 33-year-old Joyce has recorded eight stoppages from his eight fights in the professional ranks and possesses a style based on a relentless work rate.

“He looks to overpower people, out-punch you, out-work you sort of thing, so he is busy, non-stop,” considered the 10-0 Dubois, who has nine KOs to his name. “He is a challenge for anyone who faces him.”

A challenge that Dubois insists he would have no issues in overcoming.

“No, not at all. I’ll work even harder than I am now to beat these sort of guys. The better the guys I am facing, the better I will perform.”

Despite his perfect stoppage ratio, Joyce isn’t considered to be amongst the division’s most concussive punchers. Dubois, however, contends this view stems more from his accuracy than his punch potency.

“It depends who he is in with. I am sure he has got enough strength in his punches to drop some people, but he doesn’t seem to be the most accurate puncher.

“That is something I am pretty good at and you will see that from how the fight turns out, if it happens.”

So if a fight with Joyce is booked in, assuming Lartey is successfully accounted for, Dubois indicates that he would have to take a shortcut for the fight to fall in his favour.

“Yes, if I was to win the fight, I would definitely have to put him over or stop him.”