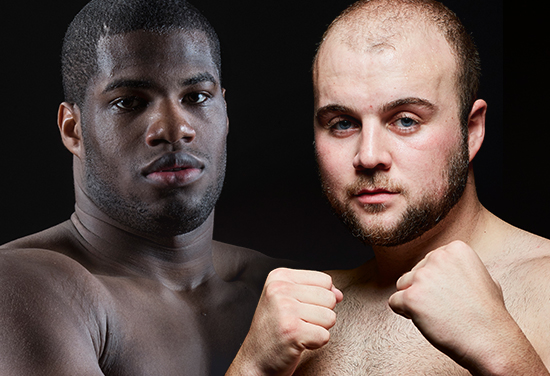 DANIEL DUBOIS insists the time is getting closer for a showdown with arch domestic rival, Nathan Gorman.

A mouthwatering clash between two of the best heavyweight prospects in the world is one to look forward to.

Gorman’s trainer Ricky Hatton revealed earlier this week that his man is desperate to face his former sparring partner and GB amateur team-mate.

Dubois who has won all nine professional fights, eight by KO, is also keen adding: “Me and Gorman is a good a fight and I want to have that fight when the time is right.

“A few fights down the line we can have that fight, definitely. It sounds a great fight.

“I haven’t been keeping up with what he is saying about us fighting, but it seems the case is that he is talking it up.”

Hatton hoped that Dubois would be ringside at the Brentwood Centre on Saturday (October 20) to see unbeaten Gorman bid for his 14th consecutive professional win.

Instead Dubois will be tuned into BT Sport watching his biggest rival, right now.

The Londoner who is back in the gym on Monday following his win over Kevin Johnson earlier this month said: “I am having some time off just chilling at home.

“I will watch Gorman’s fight at home on Saturday night.”

Dubois was taken the distance for the first time in his career by former world title challenger Johnson in a great learning fight in Leicester against the American survivor.

“I was prepared for ten rounds and that is in the bank. It is another box ticked,” said 21-year-old Dubois

“I have done it. It is gruelling doing ten rounds and now we move on.

“I have just got to improve. There are things to work on when I go back in the gym and I also have to work on strategy.

“The biggest thing I learnt from the Johnson was that I have to stay focused for the whole round and be prepared for anything. He gave me a good workout.

“I could have been more focused and on it, but I never really switched off.”