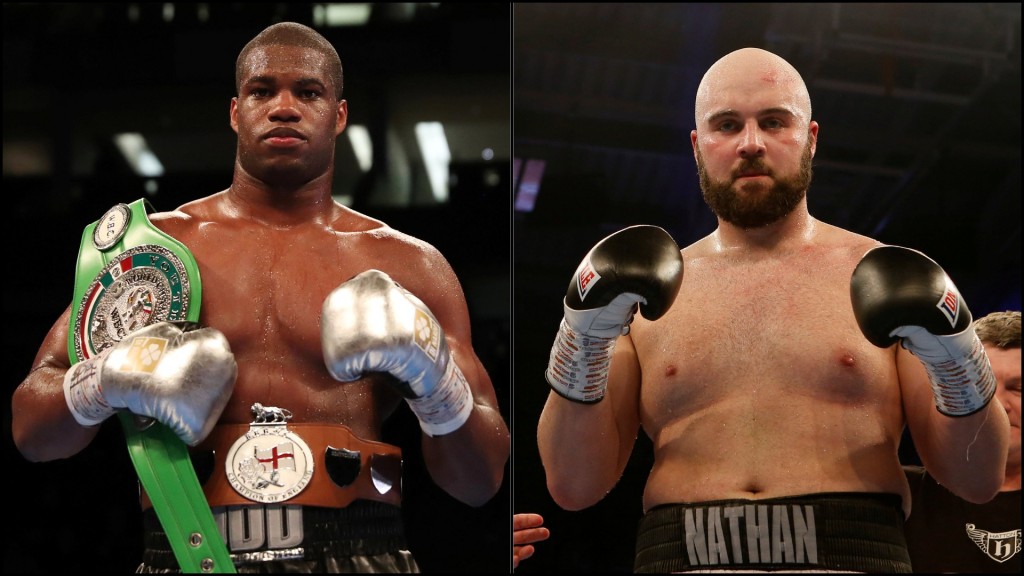 Some of the biggest names and prospects in British boxing have given their verdict on the showdown that has got everyone talking. Like most fans, our panel are split.

LYNDON ARTHUR: “It’s a great fight and I have been on Team GB with them both. If Gorman can avoid his punches maybe I go with him, but if he gets hit he goes to sleep. Gorman just.”

BEN DAVISON: “I think it’s a good fight between two upcoming prospects and I think who gets their game plan right and can make those adjustments through the fight will come out on top.

If Daniel gets carried away with the moment and looks for the knockout with Nathan getting under his skin he could play right into Nathan’s hands.”

SUNNY EDWARDS: “The style and skill goes with Nathan, he is a bit sharper. But the power and fitness is with Dubois. If Gorman is conditioned for 12 rounds and Daniel doesn’t get near him then there is only one winner. At heavyweight that is a hard ask so I edge towards Dubois. The winner pushes on and loser comes again.”

CARL FRAMPTON: “Credit to both boys for taking the fight so early in their careers. A loss doesn’t mean the end and I wouldn’t be surprised if they met again. Gorman is slick and a nice mover for a heavyweight, but I just fancy Dubois slightly.”

PETER FURY: “I think this is a 50-50 fight. Both are good young fighters. Gorman needs to get past the first half then the table could really turn into his favour. Dubois holds good power and is so dangerous early on. This is why it’s a 50-50 match up.”

TYSON FURY: “It reminds me of my fight against Dereck Chisora for the British title back in 2011 when we both 14-0. Chisora was higher ranked and more touted than me back then – the same as Dubois over Nathan. Even Frank (Warren) favoured Del boy to beat me and everybody else did. It’s also chubby guy v ripped guy. I fancy Nathan to beat him.”

GEORGE GROVES: “I am happy for this fight because they are both young enough for the loser to rebuild. It’s a good fight for both of them and the winner will go onto something else. They are both willing to put it on the line and it’s a real fight. It is fascinating that they know each other so well and it’s good for them to be in a real fight. Dubois has phenomenal punch power.”

DAVID HAYE: “I don’t know which way it goes, perhaps a draw. It’s a fight I want to be ringside for because both boxers are young and hungry. They have very different styles that will gel nicely. These two fighting is only going to benefit fans.”

ENZO MACCARINELLI: “It is a genuine 50-50. Dubois has the power, but Gorman has lovely skills. I’ve changed my mind so many times. I’m going to sit with Gorman. He has the better all round skills and will stay out of trouble. Saying that. speak to me tomorrow and I will have changed my mind. Great fight and a fantastic card.”

ARCHIE SHARP: “It’s going to be a cracking fight. Daniel Dubois can punch for fun, but I do believe in Nathan Gorman’s ability. For me on pure boxing skills I may have Nathan Gorman edging it on points. I’m just going with Nathan but it’s going to be great.”

JOSH WARRINGTON: “What a fight we have to look forward to – two young, unbeaten prospects, fighting for the British title. It’s going to be fantastic. There are so many different opinions and its got people talking. I am just going with Dubois. He is devastating when he hurts an opponent and I think he could win early.”

LIAM WILLIAMS: “I know in my mind who I think will win, but I like both guys and should respect them. It’s going to be good while it lasts.”

TROY WILLIAMSON: “They are both putting it all on the line and massive respect. I know them really well from Team GB. I have seen them spar many rounds and know what they’re all about. There are a lot of predictions out there and I am not sitting on the fence. I am going for Nathan points or late TKO.”