Dynamite Dan to blast out Gorman in explosive Battle of Britain 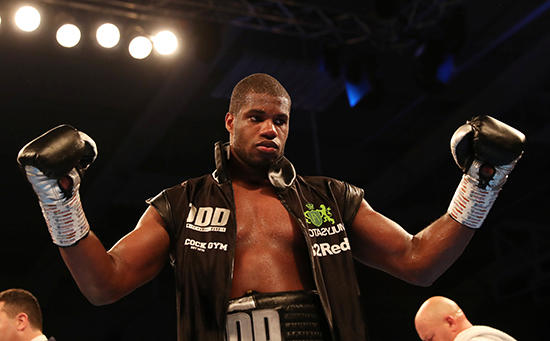 Are you bored with Brexit? Fed up to the back teeth with feuding between two political lightweights over the vacant title of British prime minister?

Then tune in for a truly heavy-handed punch-up that is a real, raw and not verbals at 10 paces.

Daniel Dubois and Nathan Gorman are the two best young heavyweights in the land if not the world and they will collide at the O2 in full view of the BT cameras this Saturday night in what, on paper at least, looks a tasty slice of British beef.

I admit a quandary. When this match was first made I immediately plumped for a Dubois KO victory inside three or four rounds; now I am not so sure. Professional opinion in the game has swayed towards the 23-year-old Gorman.

Dubois, a Frank Bruno fight-alike, is the strong silent type whereas Gorman is as expressive out of the ring as he is inside it.

Thankfully there has been limited manufactured hostility between this thoroughly engaging pair in what is surely the most intriguing home dust- up since Froch v Groves, or even DeGale v Groves. And the most fascinating domestic since that between Boris Johnson and his lady friend.

These two youngsters – ‘Dynamite’ Dubois is only 21, the same age as Joe Bugner when he sensationally and controversially dethroned the national treasure that that was Henry Cooper – both look in tremendous condition, lean and mean and ready for 12 rounds or less that could be as fast as they are furious.

My hope is that the excellent but diminutive Scottish referee Victor Laughlin, who is about half their size, will be big enough to control of such a potentially explosive contest.

It must be of some concern to the Dubois camp that the niftier and technically superior Gorman, well schooled by Ricky Hatton, is preferred by so many fellow pros. Yet boxers, like jockeys, are notoriously poor judges of form. And I have always believed that a good puncher has the edge over a good boxer – well most times. 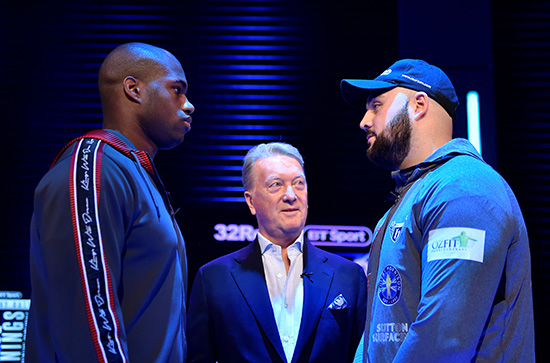 Between them they have had just 27 contests, all unbeaten, with Gorman marginally the more experienced but more boxer than banger. The title belt for grabs is the 106 years British heavyweight title, the 111th to be fought for since its inception, and has been vacated by Hughie Fury.

Half cousin Tyson Fury – lead singer of Frank Warren’s unbeaten Fab Four (the others are Dubois, Gorman and Joe Joyce, who meets and should beat American Bryant Jennings) thinks bearded Gorman will prevail. Hardly surprising as he and Gorman are also cousins. Keep it in the family,eh?

However despite the odds that have shifted towards Gorman as a points winner this is a 50-50 affair, as evenly balanced as we have seen in many years at this weight.

Despite the temptation to switch horses I am sticking to my prediction that Dubois will stop Gorman, though it may take a little longer than I first thought, and he may have to come from behind. Say in the eighth or ninth round.

But should it go to the judges don’t rule out a split decision. Or even a draw. They are pretty fashionable to these days.

Actually he last time two undefeated heavyweight contested the British title was in 2015 when Anthony Joshua stopped Dillian Whyte in seven rounds. Previously another historic battle of the undefeated occurred in 1991 when Lennox Lewis dethroned Gary Mason, also in seven. Is seven going to be someone’s lucky number this time too?