‘DYNAMITE’ DUBOIS ON PASSING THE CHIN-CHECK 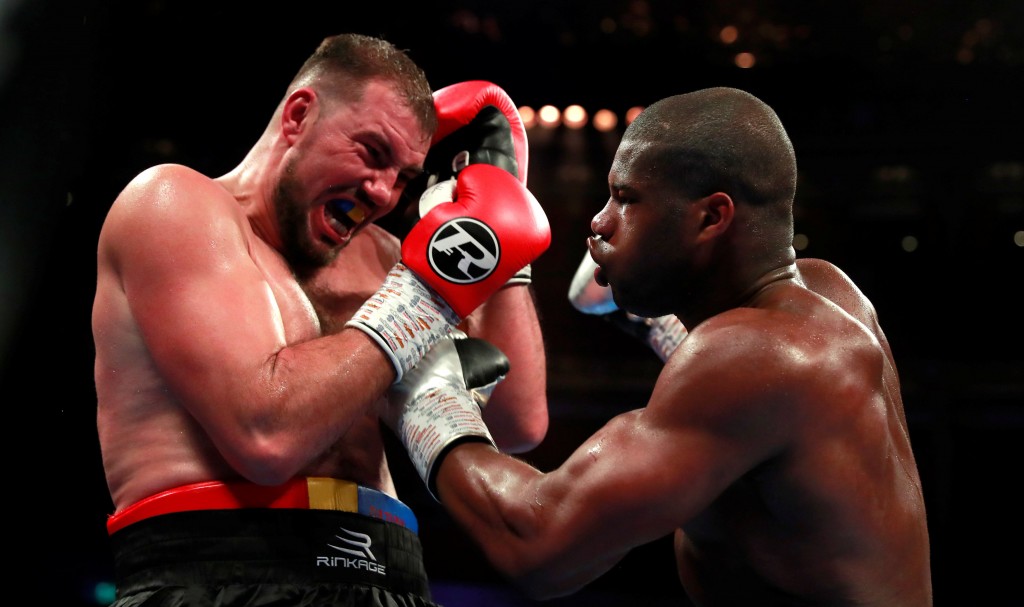 DANIEL DUBOIS BELIEVES taking a whack on the whiskers in his last fight is a box ticked for him and only increases his determination to avoid a repeat.

Dubois, just 21, engaged in a shootout back in April against the then 14-1 Ghanaian Richard Lartey at Wembley. The hooks were winging in from all angles before Dubois stopped the dangerous Lartey in the fourth round.

But the executor of 10 KOs from his 11 professional fights proved that he can take a shot himself and he now faces the challenge of taking on Nathan Gorman for the British heavyweight title at the o2 Arena on July 13.

Looking back on his war at Wembley, Dubois is unfazed over the fact he tasted leather for pretty much the first time as a pro.

“Yeah, but it is a fight though and if you are not exactly sharp and on point in getting your head out of the way then you are going to get clipped,” he reasoned. “I got clipped, but no big deal, I got through it and came back firing on all cylinders.

“It made me that bit sharper so as not to get clipped again. It was a learning experience.”

The winner of five professional title belts already would not commit as to whether he will employ the same gung-ho approach to the job when he goes in with Gorman.

“Whatever my team suggest to me I will take it on-board. I will figure it out on the night, I will get a feel for him in the ring and once I know what he is about and what he is trying to do, I will deal with it.”