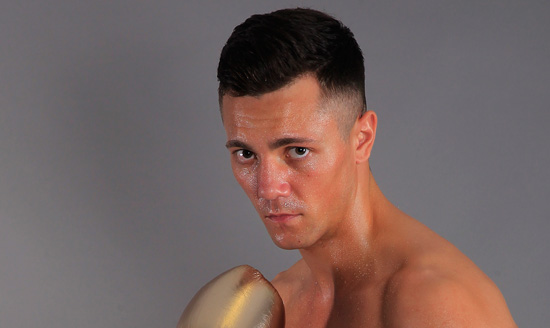 The 23 year-old, an avid West Ham fan, made an explosive debut at York Hall back in July when he stopped Aaron Robinson inside the first round. He followed his impressive debut with a points victory against Kevin McCauley at Harrow Leisure Centre.

He said: “I’ve made a solid start to my professional career and I’m looking to really push on this year. 2016 will be all about keeping busy, upping my rounds and gaining as much experience as I can,”

“I’ve been training with Mark Tibbs for a while now, Mark and his dad are probably the most knowledgeable team in British boxing so I’m in a really privileged position.”

McNess, who is tipped as one of the most exciting prospects to come out of London, joined Billy Joe Saunders for two weeks at his training camp in Marbella ahead the Hatfield star’s world title fight against Andy Lee last month.

He added, “It was a brilliant experience for me, I learnt so much in the two weeks I spent out there. One day I hope to be in his shoes so it was really inspiring being involved in a training camp for a world title fight,”

“He’s done it the hard way, I hope he keeps the belt for as long as possible. I’d like to see him involved in some big fights in 2016, I know there’s a possibility of a rematch with Chris Eubank Jr and Gennady Golovkin is another name I’ve seen mentioned, it’s going to be a big year for the both of us that’s for sure.”