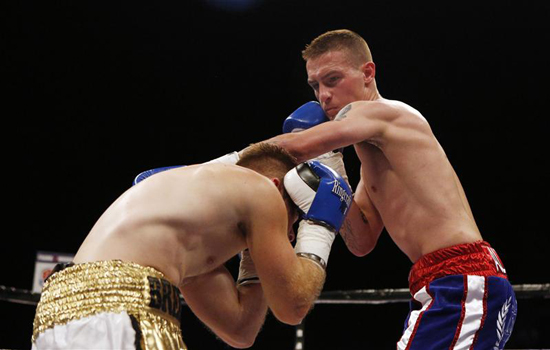 Former European Flyweight Champion Kevin Satchell racked up his sixteenth career win with a 59-56 points triumph over experienced Evesham man Brett Fidoe. In his second outing of the year the Everton Red Triangle fighter came through a tough battle against the hard-working Fidoe and will now look to get himself back into title contention.

Speaking afterwards he said: “I felt a little bit slow to start off with but I came into it in the fifth and sixth rounds. He’s a tough and tricky opponent so I found it hard to pin him down and land those good solid body shots. All in all it wasn’t a bad performance.

“I want to be out regularly like the rest of the Red Triangle lads and eventually getting regular title fights again. I’m lucky to be involved in such a great gym, we all drag each other up and push each other.” 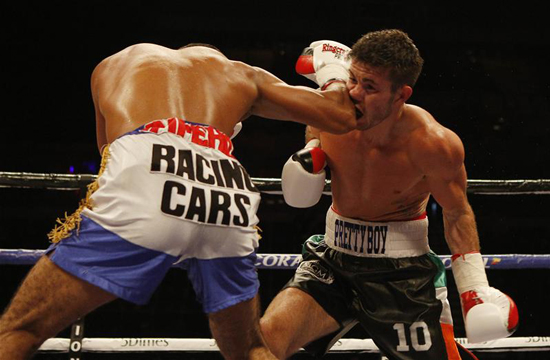 ‘Pretty Boy’ Declan Geraghty was made to work by a rough and ready Eusebio Osejjo before picking up his eleventh career win via the disqualification of his opponent for persistent fouling in the sixth round. The 25 year-old southpaw, who now resides in Spain, takes his record to 12-1-0 3 KO’s.

Geraghty said afterwards: “It was a tough fight. He came to have a go today and it was a good learning fight for me. He’s fought for an IBF International title so it was a decent test for me. I wasn’t anywhere near my best but I ticked a few boxes; I can still grind out wins when I’m up against it. I’m looking forward to stepping up to an eight rounder in my next fight now.” 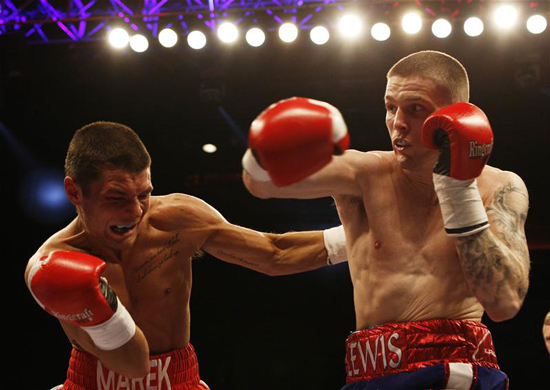 Scouse banger Steven Lewis returned to the ring with an eighth round stoppage win over the durable Aberdeen-based Pole Marek Lakowski. Lakowski had no reply for the strength and power of Lewis but made it into the eighth and final round before the referee decided he’d seen enough and waved the contest off.

Afterwards he said: “I’m made up with the stoppage win. I haven’t fought since last July so I’ve been itching to get out there again. Towards the end of the fight he was holding on so it was a little bit frustrating. He was having a go in the first couple of rounds and it was a good little fight but as soon as I started hurting him he didn’t want to know.” 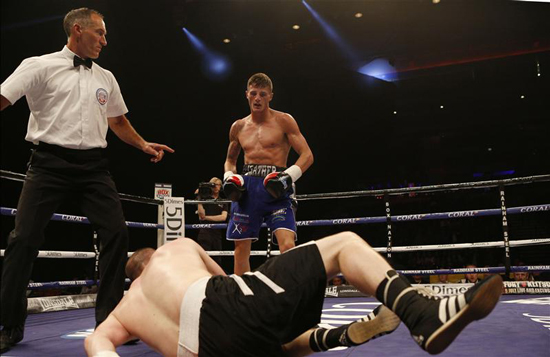 Super-talented former England amateur captain Josh Leather impressively racked up his tenth career win with a third round stoppage triumph over Cardiff’s Henry Janes. The brave Welshman was in trouble from the off; taking a knee after just thirty seconds. Janes continued to take hurtful shots form Leather throughout the second before being floored by a left hook in the third round. The referee correctly waved off the contest to save Janes from taking further punishment.

Speaking afterwards Leather said: “I noticed he was dropping his left hand a bit so I started to feint and I ended up catching him first time with a right which buzzed him a bit and ended things with a solid left hook. It was a good little fight and just what I needed to keep me ready for my next fight. Hopefully my next one will be a ten rounder; I want to be aiming for titles by the end of the year.” 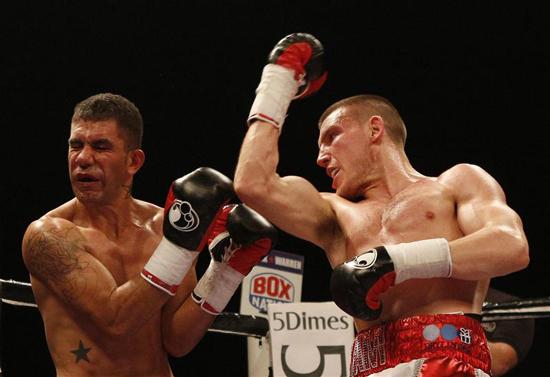 Welsh powerhouse Liam Williams moved to 14-0 with another brutal knockout win over Argentina’s Gustavo Alberto Sanchez. The British and Commonwealth Super-Welterweight Champion looked in impressive form as he dispatched Gustavo in the final minute of the third round.

Gustavo took a knee in the second round after being caught by a huge body shot followed by a clinical right hook from Williams. He did well to fight on before taking a knee once more in the third; his corner had seen enough and threw in the towel.

Williams said afterwards: “I’m maturing and things are only going to get better. I felt strong in there and was pleased to finish him off so early on. I’ve got some big fights to look forward to now and I’m learning and improving with every fight; the future looks bright.”