“Conlan’s an easy fight for me. It’ll be over in six rounds!”

UK fight fans are salivating at the prospect of a super-flyweight shootout between Belfast’s Jamie Conlan and Ellesmere Port’s Paul Butler, but the latter tells them to expect a one-sided massacre. 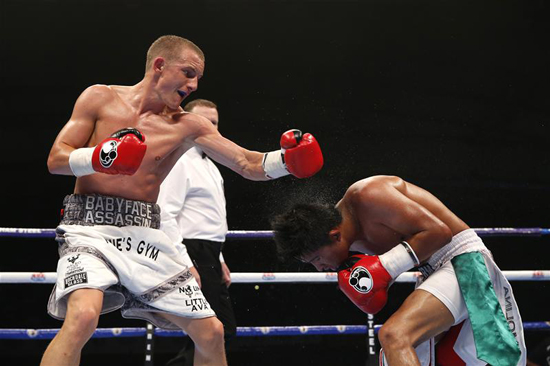 ‘I don’t rate Conlan at all. I just don’t understand all the hype. Seriously, it’s an easy fight for me. It’ll be over within six rounds,’ says the 27 year old ‘Baby Faced Assassin’ who held the IBF World Bantamweight title in 2014.

‘Jamie forgets that I properly spanked him as an amateur at the (July) 2007 Commonwealth Federation Championships in Liverpool. I was boxing at 48 kilos at the time but stepped up to 51 at just two days notice and thrashed him 29-12. I remember he was pretty weak. It wasn’t even a race!

‘To be honest, I requested the Conlan fight for my comeback after losing my world title challenge to (Zolani) Tete. But they now want us both to go head-to-head in Dublin next February to build up a big (WBO) world title eliminator for around May. I’d happily fight him now.

‘Money will dictate the venue but, believe me, if I had a choice, I’d love to go to Belfast and walk to the ring first with all his crowd booing me as a wait for him. Hopefully the media will build up the England-Ireland thing a bit, just like Frampton v Quigg. I love a bit of grit!’

Britain is yet to deliver a world champion in the 115lb division’s 35 year existence but latterly the home 8st 3lb scene has become fashionable with Conlan, Butler and reigning British champ Kal Yafai all carrying the potential to break the domestic duck.

‘The rivalry that is building up between me and Conlan are spicing things up for us, adding digits to our cheques,’ acknowledges Butler, a 2010 ABA champion who has triumphed in 19 of 20 pro starts with 10 stoppage wins.

But before Butler can contemplate resurfacing on the world stage, the vicious ‘Arnie’ Farnell coached box-fighter knows he must shine when he resumes duty on the blockbuster ‘Xmas Cracker’ bill at Manchester Arena on 19th December, live and exclusive on BoxNation.

And it’s no formality. Rumbling out of the opposite corner comes Madrid based Romanian Silvio Olteanu, a well seasoned, well travelled ex two-time European champion and world title challenger down at flyweight. 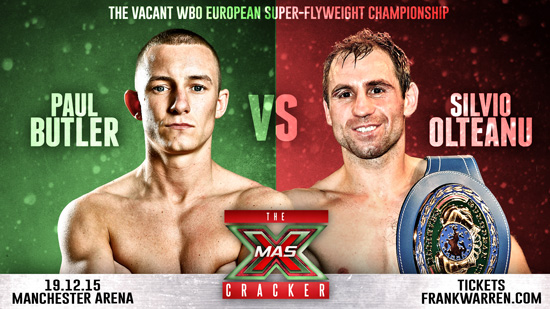 ‘This has to be Frank’s best card of 2015 and there’s sure to be a great crowd. I’ve requested that I’m on nice and early so that I can enjoy the world title fights from ringside after delivering a spectacular display myself,’ says Butler.

‘I’ve never been a huge one for studying opponents on tape. I’ll just watch a couple of minutes tops then turn it off.

‘All I know is that Olteanu’s a former European champion who gave (Daiki) Kameda a close fight for the WBA flyweight title over in Japan. He’s definitely a big step up from the last two opponents I fought so I’ll be bang up for it. I’ve already started sparring.

‘Olteanu’s fought in very good company yet he’s never been stopped in almost 11 years as a pro. But he’s a career flyweight and he’s getting on a bit now. I’ll definitely be looking to get him out of there early, pick up another title and get myself right back into the mix with all the major sanctioning bodies.’