Enzo hopes it won’t be Vlad tidings for Jones

Enzo Maccarinelli is as game as they come and with upsets the order of the day in boxing at the moment he is looking to pull off a great victory in Moscow tomorrow night over the redoubtable Roy Jones jnr who is well past his prime and should be retired, but is now an honorary Russian citizen and apparently president Vladimir Putin’s new best friend. 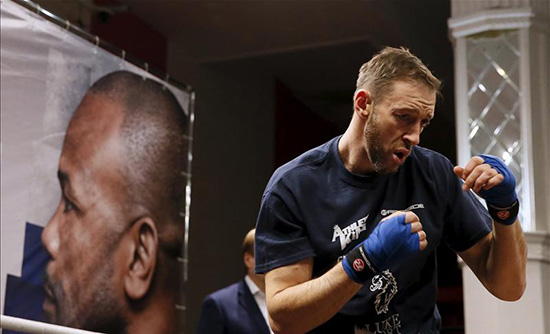 This is a big opportunity for the immensely likeable Welshman but a difficult job as, even at 46, Jones remains one of the one of the most distinguished and capable practitioners, as well as being immensely popular in the city he has made his second home.

The venerable American, aka Captain Hook, a former multi-weight world champion, has won his previous eight on the trot since being knocked cold by his last world-class opponent Denis Lebedev, ironically a Russian, in May 2011.

Since then he has had three hard-fought decision wins in and then posted five stoppage victories in a row over ho-hum opposition.

Maccarinelli has had his own aberrations, all starting with that unsettling high-profile loss to David Haye, and at one time I even suggested it might be best for him to give up the game.

But I have rarely encountered a boxer so genuinely passionate about the sport and this year has fought his way back with admirable determination under new tutor Gary Lockett, a young trainer, himself once an accomplished fighter who really knows his stuff.

Enzo may be 35, but he has never looked fitter.

The fight seems to be attracting a lot of attention in Russia even though the WBA have apparently reneged on it being for their ‘Super’ world cruiserweight title, as originally billed.

They are certainly brave in diminishing the occasion especially as macho man Putin, a renowned martial artist, judo black belt and great fight fan is due to be at ringside for the BoxNation-televised 12 rounder.

Jones would be a good scalp for Enzo to have on his belt and who knows, if he can win this one – and I have a hunch he might – then he has to be in line for a another world title shot, and what a story that would be.

Because of the time difference, BoxNation’s telecast begins at 4pm tomorrow. A good time to settle down and watch an intriguing scrap with the tea and biscuits.

Here’s one Khan can do

Amir Khan and Bob Arum both celebrated birthdays on Tuesday. Bolton’s former light-welter champ turned 29 and Uncle Bob is still in there punching as pugnaciously as ever as one of the world’ great promoters at 84.

However I doubt they exchanged birthday greetings.

Khan is more than a little peeved that he looks like being elbowed out of a hoped-for spring date with Bob’s main man Manny Pacquiao, his old stablemate, while Uncle Bob himself wasn’t best pleased that Amir’s people erroneously jumped the gun by telling the media that contracts had been agreed. 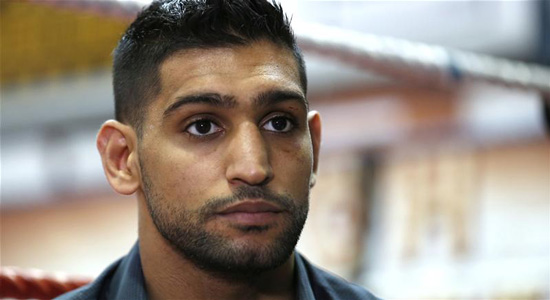 They weren’t, and it now seems the Pacman will make his valedictory bow by completing the trilogy with Timothy Bradley, which stands at one-all, leaving Khan in the cold again.

There is talk of him now settling long-standing domestic differences with the IBF welter champion Kell Brook at Wembley in June – but it is merely that. Talk.

Khan himself says he has had only a cursory of discussion with Brook’s promoter and that any deal is a very long way off from being struck.

He hasn’t fought since last May when he beat Chris Algieri and that is a worryingly long time for someone of his age to be inactive. Whatever may or may not happen with Brook he needs a fight in the New Year or by the early spring. So here’s my suggestion to him.

Why not move up and fight the winner of the December 19 Liam Smith v Jimmy Kelly for the WBO World super-welterweight title?

It shouldn’t be a problem for a good fighter like him to sneak on a few pounds for what would be a good pay day and a great fight for the public.

Think about it, Amir.

Tomorrow: Hubbard’s Cupboard on the famous fury of the other Tyson