EUBANK ON BOX OFFICE? NOT FOR ME…IT’S A CON 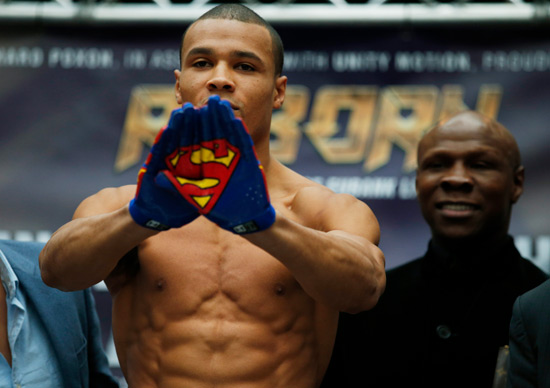 Regular readers will know only too well that I am a huge advocate and supporter of televised boxing – no matter what channel or who the promoter is.

Punching to the widest possible audience can only be good for the game and the home boxers. As long as the opponent is of a decent enough calibre to hit back.

Like many others, I am often sceptical over whether some shows are worthy of asking the punters to shell out for while sitting in their armchairs, but I am a boxing fan and I’m guilty as charged of allowing my Sky subscription bill to be bumped up by roughly £17 every couple of months or so.

It is because boxing fans love watching the sport and, although we protest from time to time over what we are being asked to shell out for, we generally succumb and end up pushing that button on the remote control.

However, no matter how much I welcome the most recent venture of ITV Sport back into boxing, for me, this Saturday night will represent a push of the button too far.

I’ve said it before, but the fight between Chris Eubank jnr and Renold Quinlan is a farce. In fact I go further. It is a con.

They say the bookies rarely get it wrong, so just look at the odds.

Some major bookmakers have priced a Eubank victory at 1-100, which represents about as much value as buying the fight itself.

I have heard that the British Boxing Board of Control are none too pleased over the competitiveness of this match or quality of opponent and I think they should have gone on record with their concerns.

It is a fight that lacks the credibility for a free-to-air platform, let alone pay-per-view.

Ok, I know ITV are dipping their toe in the water to see what sort of reaction they get, but I’ll tell you what, I won’t buy it and I know a lot of other people who feel the same way.

It comes to something when you have to rely on the undercard to prop up the main event to such a big extent and ITV were forced into a necessary U-turn on the original plan to air the supporting bouts on Freeview. Now they will air the undercard free for for half an hour on the ppv channel.

Let’s be honest, this is an easy fight for Eubank, so I hope the ITV commentators are not simply cheerleaders who will describe Quinlan as something he is not – a credible opponent.

Incidentally, I gather the promoter and ITV bosses were none too pleased when interviewer Mark Pougatch told Quinlan at a press conference that the bookies thought he was a no-hoper. But to be brutally honest, that is exactly what the Aussie is.

The pay-per-view market is getting muddied enough as it is, which will result in genuine marquee fights not getting the viewership they deserve further down the line.

Pay-per-view stripes should be earned and even someone like Gennady Golovkin has only recently assumed such status.

Simply bestowing the platform on a fighter just to sate his ego does the sport no good at all.

If a first-time buyer feels ripped off after the charade on Saturday night, will he or she be coming back for seconds next time? More likely a potential supporter will be lost to the game.

Such a meaningless fight as what will be played out at Olympia doesn’t do boxing or broadcasters much good. There has to be more quality than this rubbish.

It is also laughable that Eubank jnr is still talking the talk about getting in with the champions, believing the IBO title will provide him with a ticket to the negotiating table.

They talk about unifications, perhaps blissfully unaware that the IBO is not recognised as a ‘real world title’. Yes, the IBO belt is and has been in the possession of some stellar names, but you will not find many instances of it being fought for in isolation.

It simply gets bundled in with the recognised titles and means very little. Tyson Fury held it after beating Wladimir Klitschko and it will now be attached to the IBF-WBA encounter between Klitschko and Anthony Joshua.

It really is no bargaining chip, believe me.

So we await all the post-fight bluster and name calling on Saturday night, but a few of us know from bitter experience the most effective way of getting the Eubanks to pipe down.

Just ask them to sign a contract against a real opponent. 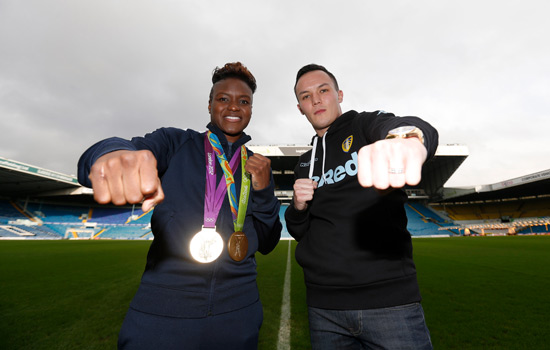 Following up from our media launch in Leeds on Wednesday, we will next week be announcing more fights for our Manchester card on April 8.

This bumper night of boxing will represent an opportunity for many of our exciting crop of richly talented youngsters to shine on the big stage, with a number of them on cusp of taking much bigger strides in their careers.

We seem to have such a depth of young talent on our books at the moment that I feel a bit like Simon Cowell sometimes.

It is might be the case that Britain’s Got Talent but, in my opinion, British boxing has got even more.

I am sure our boys and girl will score top marks in the coming months when the BT Sport and BoxNation cameras get rolling in a new era for boxing.