EXCITING TIMES AHEAD AS OUR JOSH MAKES HIMSELF AT HOME 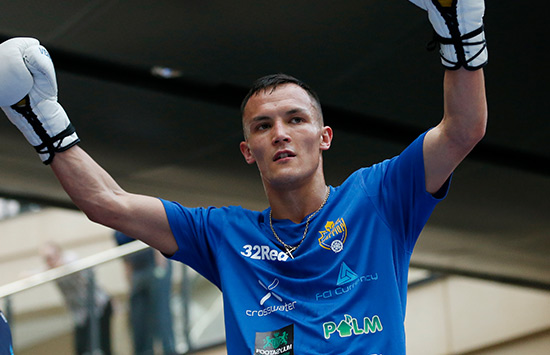 After a couple of free weekends following the thrills and spills provided by our Leicester show, we are now ready to rock up in Leeds on Saturday for part three of what will become a long-running boxing thriller shown across BoxNation and BT Sport on Saturday night.

All the ingredients are in the mix for another few plot twists at the magnificent FD Arena, where the star of the show will undoubtedly be the local lad made good, Josh Warrington.

Josh has got what it takes to reach the very top of the game. He is a relentless operator in the ring, entertaining, personable and extremely popular.

He is clearly a grafter outside of the ropes as well, with the incredible drive he puts into his personal ticket sales. He has become something of a cult hero in his home city and the huge following he has cultivated will make it a very special moment when he realises his dream of fighting for a world title on his home patch.

With the redoubtable Kiko Martinez coming out of the opposite corner on Saturday, Josh has managed to exceed his own personal best when it comes to putting bums on seats, which will make for an incredible atmosphere and one I am personally looking forward to experiencing.

It is not just about being popular, Josh can fight and he is highly rated across nearly all the world governing bodies. Our job now is to negotiate a path for him towards one of the current world champions.

He has got serious business to attend to first though. Spanish hard man Martrinez has had plenty of time to prepare, he is not fazed by boxing abroad and has taken on many big names. He can punch himself so I think it will be an interesting fight.

After ten months of so out of the ring, being presented with the well-seasoned Spaniard for opposition is a big ask, but Josh didn’t want a routine exercise for his return.

He needs to get back in the swing of things and he will do that by fighting regularly to ensure he is in the best possible nick for when his big opportunity comes along.

I don’t expect him to have it all his own way against Martinez, who would be a tough enough obstacle even if Josh wasn’t coming off a prolonged layoff.

Without taking anything for granted, we have already been exploring future options for Josh. We discussed making the long-talked about match with Lee Selby, but he has mandatory obligations to fulfil with the IBF, so that is out of the window for the time being.

So we are looking in other directions, but firstly I want to keep him busy because the name of the game is to get him into position.