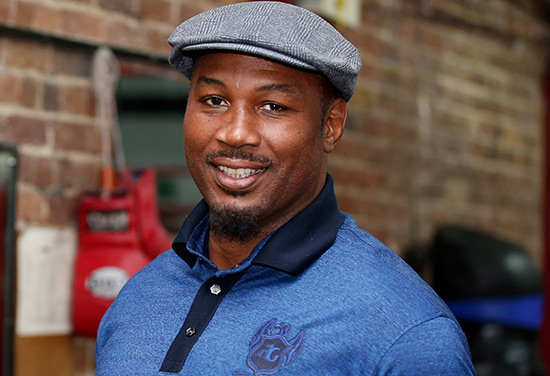 The curtain goes up this weekend on a veritable fistic feast for fight fans over the next few months. Few starts to a new season of sock have rarely been as action-packed.

There are blockbusters galore between now and the time we tuck into the turkey and Christmas pud- and BT have pulled out the pugilistic plum with a triple header of real humdingers.

First up on September 15 will be the much-awaited reprise between my favourite fighter, Gennady Golovkin and Saul ‘Canelo’‘ Alvarez in Las Vegas,

This will be followed later in the year by the tastiest domestic clash I can remember for years, between Josh Warrington and Carl Frampton, and then of course, the dish the whole boxing world is waiting with baited breath to savour, awaits when Tyson Fury ventures to the US and attempts to wrest the WBC heavyweight belt from Deontay Wilder.

Other TV tidbits include the first-first-ever punch-up in Saudi Arabia between Brits George Groves and Callum Smith in the super-middleweight final of the World Boxing Super Series.

Betting, like booze, is banned in Saud but my money’s on Groves.

It all kicks off this Saturday night when welterweight stars and former 147-pound title holders Danny Garcia and ‘Shawn Porter will square off for the vacant WBC world championship live and exclusive on BoxNation (1.30am Sunday)

Two of the division’s biggest names go to battle for the belt vacated by Keith Thurman as he recovers from an elbow surgery, at the Barclays Center in Brooklyn. This is set to be a firecracker of a fight and one not to miss.

This is what Britain’s only undisputed world heavyweight champion, Lennox Lewis, who was in London this week had to say about the Wilder-Fury match-up: “This is a really fascinating fight. Tyson will use all his skill and ringcraft and Wilder will try to hunt him down. But Fury is looking really relaxed right now. He will be very confident on the night.

“He was on fire that night in Dusseldorf, so you simply cannot say it will be impossible for Fury to beat Wilder after only two fights back.

“You can never count him out of achieving anything after that. He really surprised me that night. He won by boxing against Klitschko with his hands down, which takes real skill.

“So if the opportunity comes again, you’ve got to seize it. And with Deontay’s explosive style, it’s a phenomenal match-up.”

The 52-year-old Lewis, a three-time world champion between 1992 and 2003, added: “Isn’t it lovely? British boxing is really leading the way.

“I was the last man to reign as undisputed heavyweight champion when I retired in 2003. It has been that way for a long time and it feels good. But these guys want to be the best.

“If that means one of them becomes the next undisputed champion, I’m behind them all the way.

“I would be having fun if I was around in this era.”

“It’s going to be interesting how they shake up in the next year and a half. The public is fascinated and boxing is on a high at the moment. In my time, yes, I had great fights in England, but you really had to go to America in those days for the big fights with Tyson, Holyfield and those guys. What’s great now, for the fighters and the fans here, who are the greatest in the world, is that the big fights are happening here.”

Lewis, wisely was never tempted to make a comeback that surely would have tarnished his reputation as surely Britain’s all-time greatest heavyweight.

I think he would have beaten Joshua but as always it is difficult to gauge how Fury would have done against the giants of the past because of his idiosyncratic style.

The Fury who confounded Klitschko might have posed problems for Lewis but, in the end I think Lennox would have been the one to work him out.

Alas, we shall never know.

Meantime. on with the show. Sit back and enjoy it. That’s what Lennox will be doing.

I HAVE OFTEN been asked my battng order for Britain’s all-time heavyweigyhts. So here is my top half-dozen: